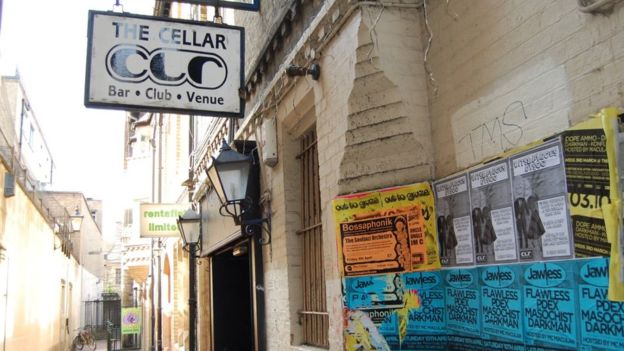 The Cellar to potentially close

The Cellar have revealed that the head landlord of their premises off Cornmarket Street are looking to redevelop the site into retail space, leaving the venue’s future uncertain.

In a statement released on Facebook on the 28th of August, the Cellar described the news as “devastating… not just for the Cellar team, but for the Oxford music scene as a whole”. The move by the venue’s landlords St Michael’s and All Saint’s Charities was bemoaned as further evidence of “the continued erosion of independent music venues by big business”. Responses on Facebook have taken a similar vein, with many noting with alarm the limited options for similar venues in Oxford.

“Devastating… not just for the Cellar team, but for the Oxford music scene as a whole”

In response to this threat of closure, the Cellar have launched a campaign to mobilise the local community to ‘Save the Cellar’. A Change.org petition started by Oxford based event organisers Fluid has attracted almost 14,000 signatures, and the venue’s ‘Save the Cellar’ Facebook event has almost 3,000 members.

Throughout September, the Cellar have also been encouraging fans to submit comments to the planning application for the planned conversion, in order to present their case for the community importance of the venue to Oxford City Council. Businesses around Oxford have additionally been showing their support to the Cellar, with ‘Save the Cellar’ posters on display in shops, pubs and cafes across the city.

Support for the Cellar has not been limited solely to Oxford however, with grassroots music charity the Music Venue Trust assisting with their dealings with Oxford City Council and the story being reported on Radio 1 and ITV News. Most notable of the Cellar’s recent defenders has been folk-rock artist Frank Turner who played the venue many times at the beginning of his career, as he recently shared the Cellar’s Change.org petition on his official Facebook page.