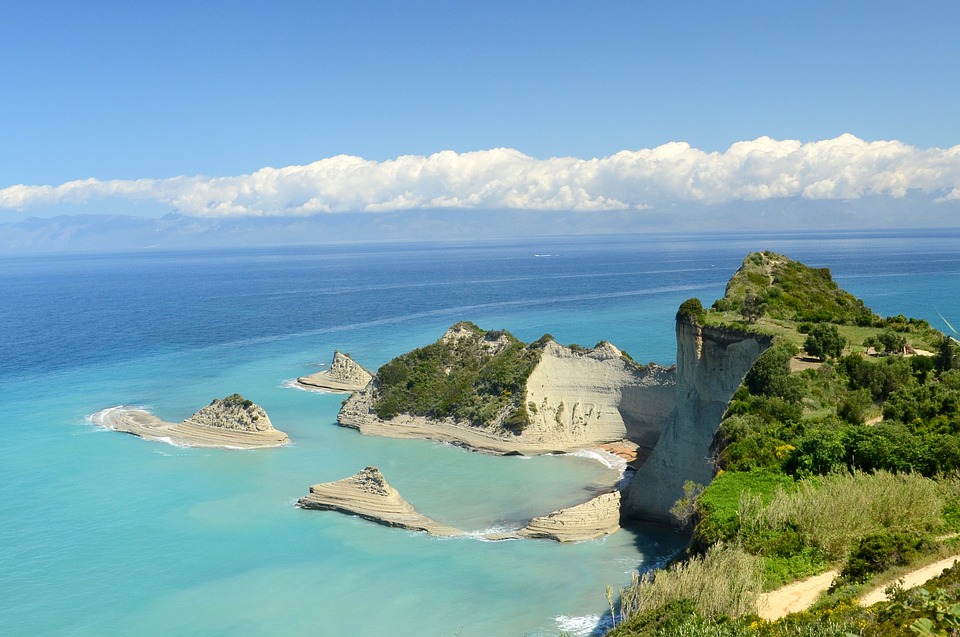 All of us feel the need to go back to nature. Going away from the mundaneness of life, the mechanical and demanding reality of everyday routine. Summer seems to be the ideal time for a temporary escape in paradise, but what happens when you get the chance to live in a heaven-like place on earth?

This becomes the case for quite an unusual and high-spirited family, The Durrells. Not only does living in Bournemouth perpetuate the misery of losing a much beloved father but also offers little to the youngest son Gerald, punished at the age of nine by the headmaster for fighting back against a bully. The solution envisaged? The Greek island of Corfu – because as Larry, the eldest son tells the family: ‘What we all need is sunshine’. The ITV series The Durrells is written by Simon Nye, directed by Steve Barron and Roger Goldby, and produced by Christopher Hall.

Based on Gerald Durrell’s Corfu Trilogy, an autobiographical book containing the adventure of young Gerald and his family in Greece, the series is set in the stunning island of Corfu or Kerkyra, the second largest of the Ionian Islands. Through an ingenious use of sound and lighting, the viewer is introduced from the first episode of the series into the world of the Durrells. It opens with shot of the seaside of Bournemouth accompanied by the sound of heavy winds and high tides that smash on the shore, which represents the sole background music. The camera then cuts to a long take of houses by the sea, overlooking a promenade area with vintage cars and people dressed in black suits and hats, as a popular song of that time plays in the background. The episode thus portrays the atmosphere of the 1935 seaside resort. The grey lighting of the outside is presented in sharp contrast with the much darker and gloomy view of the interior, as the camera frames the house and then cuts to an image of Louisa Durrell cooking. The scene that follows Gerald’s punishment and the following scenes that portray the everyday life of the family are intercut by the credit sequence. This is introduced by the use of the theme song of the series, composed by Ruth Barrett, alongside an expressive, rich-in-colour graphic that enlightens the gloomy atmosphere while presenting what is to become of the Durrells in Corfu. Throughout the series several scenes will be intercut by such extraordinary animated pictures: impressive wildlife, cypresses, donkeys, orange and lemon trees and of course the future house of the Durrells in Corfu. The light seems to come from heaven as they are surrounded by natural beauty and the real-life décor of the still remaining today Venetian architecture.

Not only will The Durrells take you on a journey in a tableau-like paradise, a land of unspoiled beauty where nature flourishes undestroyed by human intervention, but it will also make the viewer understand and feel the true spirit of Hellada.

The series offers it all from comic situations, possible love stories, natural conservation matters, financial crisis, ancient olive groves and breathtaking views that will make you green with envy. Another asset of the series is the cast, as you are sure to witness the highest level of acting, most notably that of Keeley Hawes as Louisa Durrell, Milo Parker as Gerry Durrell and the talented Daisy Waterstone as Margo Durrell, who never ceases to amaze with her skill and ability to arouse a rollercoaster of emotions. One cannot help but compare the series with the 2005 BBC adaptation of the My Family and Other Animals extracted from The Corfu Trilogy, with a screenplay also written by Simon Nye. Spreading the same Greek spirit, the ITV series goes way ahead of the film, proving itself more than just a strict adaptation, offering absolute freedom to the director and including in a just and absolutely necessary manner Greek actors in the cast, most notably Alexis Georgoulis as Spiros Hakaiopoulos and Yorgos Karamihos as Dr. Theo Stephanides. The series comprises 2 seasons so far, the original release being 3 April 2016, with the third season filmed this summer and expected to come back on the air in 2018. The series has been nominated for the Best Drama Series in 2017 at the BAFTA TV Awards and has won through the joint work of Leslie Caron and dog Tchi Tchi the Palm DogManitarian Award, at Cannes Film Festival 2017.

The light seems to come from heaven as they are surrounded by natural beauty and the real-life décor of the still remaining today Venetian architecture.

Not only will The Durrells take you on a journey in a tableau-like paradise, a land of unspoiled beauty where nature flourishes undestroyed by human intervention, but it will also make the viewer understand and feel the true spirit of Hellada. Whether you have been to Corfu and want to explore the promised land of Greece once more, or you have planned your holiday and are about to visit the Durrell’s White House situated in the village of Kalami on the north-eastern coast of Corfu, the series is a must if you want to get into the Greek mood or chase away the nostalgia of leaving the land of Gods.

Link to The Durrells trailer: https://www.youtube.com/watch?v=wHFPoTkLpTM