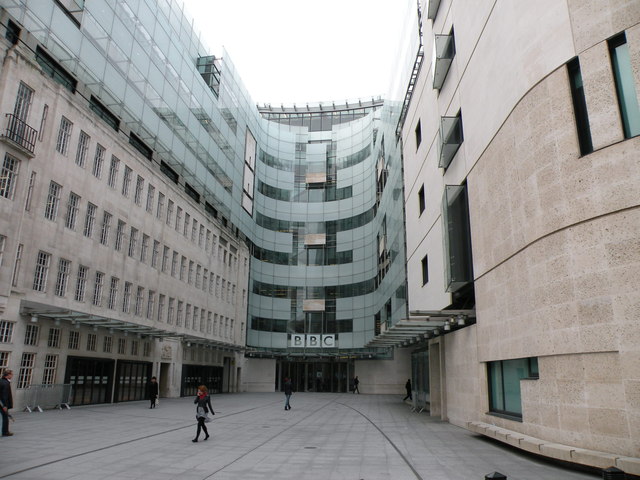 No reasonable person views the recent scandal over pay as raising issues limited to the BBC. Whilst the right-wing tabloids seized upon the opportunity to savage what they deem to be an instrument of the liberal elite, others contemplated a more interesting talking point: how does the just society allocate its resources?

This question, at the heart of much contemporary political debate, was just one of those to which Harvard philosopher John Rawls applied himself in his pioneering work A Theory of Justice. Rawls advanced a ‘difference principle’, according to which any social and economic inequalities are to be to the greatest benefit of the least-advantaged. Greater differences in income are justified only if they most aid those at the bottom of the pile.

Whether or not we agree with Rawls’ particular egalitarian picture, there is something that just doesn’t feel right about a social arrangement in which workers in the City push middle and lower earners out of the capital whilst nurses turn to food banks. Even the most ardent defenders of a rampant and unchecked free market might wish that things were otherwise, but simply share a bleak view of the proposed solutions.

I can’t share this pessimism. Perhaps it will be written off as left-wing idealism, but the view that the extremes of inequality that we’re experiencing are unavoidable just doesn’t sit well with me. This is in part because plausible proposals of a solution – or of components to a solution – have been and continue to be made.

In 2013, Swiss voters were presented with a decision over whether to adopt a radical new law. The ‘1:12 Initiative’ proposed that the monthly pay of the highest earners in Swiss companies be capped at the yearly pay of the lowest earners; that is, those at the top of a firm could earn no more than 12 times that of the lowest earners. That the ‘Yes’ campaign was defeated is perhaps unsurprising. Whilst the ‘No’ side shovelled 8 million Swiss francs into their campaign, the ‘Yes’ campaign had to make do with a measly 200,000. But one may wonder whether, had a less extreme motion been floated, the result might have been otherwise.

When we contemplate the full scale of inequality at present, one realises that a scheme much less ambitious than the 1:12 Initiative would make a significant difference. Inequality has been on the up. Pay differentials far greater than 1:12 exist not only between the lowest and highest earners in our businesses, but even between the average and highest earners. Back in 2009, the chief executives of the UK’s 100 largest companies earned 81 times the average pay of full-time workers – a shocking increase on the 47 times found nine years previously. It is difficult to appreciate the difference in living standards that this represents without thinking it absurd.

So for those of us who are more optimistic about the possibility of change, the question arises: what can be done? I don’t have an answer to this question. But a first step must involve an open debate over how much one person in an organisation ought to earn relative to another – and the context for such a debate must be one of openness. We need to be fully aware of the extent of the problem; and that means knowing what we all earn.

If even the BBC – that putative bastion of liberal thought, if the Daily Mail is to be believed (it shouldn’t) – is to pay black and ethnic minority employees less than their white counterparts, then what hope can there be for those organisations less exposed to public scrutiny?

We therefore need a cultural shift. Even in 2017, we do not publicly discuss our incomes. In fact, UCL researchers have found people seven times more likely to tell a stranger their number of sexual partners, whether they’ve ever contracted a sexually-transmitted disease, and if they’ve had an affair, than to disclose their income. The subject is taboo, and asking someone how much they bring home at the end of the month might elicit nothing short of outrage. But why should it? To earn less is not shameful and does not speak to one’s character or worth. More worrying, though, is that such silence blocks the path to change. Were we to know what we each earn, the unfairness of enormous differentials would be stark. Those most disadvantaged would be made painfully aware of their disadvantage, and those at the top would in turn be placed under pressure to justify the scale of the differences in pay between themselves and those lower down the hierarchy.

Just consider one particularly large portion of the workforce: women. If the revelations from the BBC have made anything clear, it is that women ought to know what their colleagues earn. We are now aware that all of the top seven earners at the BBC are men, with a mere third of the highest-paid being women. Whilst 12 men earn more than £400,000, just two women do so. Now that this has been exposed, we may hope for a fairer arrangement. But in those businesses in which salaries are held in secret, how might we expect equivalent change? That there still exists a significant gender pay gap is widely known, but without pressure placed on those in power – applied in part through making pay public – we cannot expect this situation to be remedied.

Alongside sexism, the big BBC reveal brought home how institutionalised racism is still alive and well in today’s society. Not one of those securing the top 24 salaries from the BBC are from an ethnic minority, and of the 96 people earning above £150,000, just six are black or mixed-race and only four are Asian. If even the BBC – that putative bastion of liberal thought, if the Daily Mail is to be believed (it shouldn’t) – is to pay black and ethnic minority employees less than their white counterparts, then what hope can there be for those organisations less exposed to public scrutiny? Public discussion of salaries would again draw attention to the choices of those in charge – a first step towards a fairer arrangement.

It’s time that we put our backward aversion to discussing our pay behind us. The norm must not be to shy away from asking someone how much they earn, or to be coy about telling another how much we earn. We each have a role to play in making the necessary cultural shift. But shaking a habit isn’t easy. Next time you talk about your work, could you talk about your pay?