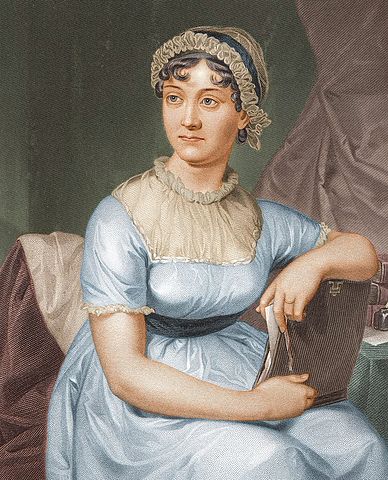 (and how Clueless we have been about it …)

Bride and Prejudice, a 2004 Bollywood musical, was the first version of Pride and Prejudice I came across; then it was the turn of Bridget Jones’ Diary. It was only after watching the 2005 film with Keira Knightly, however, that I finally picked up my mum’s dusty copy of the novel from where I had spotted it many times before in our bookcase. Thus, years before meeting Elizabeth Bennet, I had already met Lalita Bakshi and Bridget Jones – to paraphrase Edmund Bertram’s words in Patricia Rozema’s Mansfield Park, “there are as many versions of Lizzy Bennet as there are moments in time”.

Inspiring faithful representations as much as widely original retellings, Austen’s stories have captured our imagination as those of no other author. But all the adaptations and retellings, all the Lizzies and the Emmas, far from deepening our knowledge of Austen, have only draped her figure in layers of other people’s impressions of her. In her illuminating book Jane Austen the Secret Radical, Helena Kelly puts Austen in ‘the unknown knowns’, “things we don’t actually know, but think we do”. This feeling of familiarity prevents us from striving to understand her work. Two-hundred years from her death, the real Jane Austen is furthest from our sight than ever, wrapped into a mist too thick for us to see through; if we want to find her, all we can do is walk straight into the mist, and hope to stumble on her.

But the sheer number of these impressions clouding the truth does tell us something on Austen: that she is still important to us. As I squeeze my eyes to find the real Jane Austen, then, I ask myself one question, hoping to use its answer as a torch to find my way through the fog: what did I learn from reading Jane Austen?

The first thing that comes to my mind is that I learned not to be like Lydia Bennet. (Running away with you elder sister’s crush? Not nice.) And as I go on reviewing all the things  I learned from reading Jane Austen, it emerges that a large part of her characters represent for me negative examples, don’t-try-this-at-home types of behaviors. From reading Persuasion, I learned one should not let their family talk them out of marrying the love of their life; Northanger Abbey taught me at the very least not to let my morally questionable friend persuade me to ride in a carriage with her brother, instead of waiting for the friends I actually like to come pick me up of a walk.

Slowly, a pattern seems to be forming in front of me: what most negative examples in Austen have in common, is their propensity to yield to others. Persuasion, Austen’s last complete and most tormented novel, is a monument to the importance of this theme to its author. Her fascination with the subject, however, is traceable to Austen’s very first efforts as a writer. In the surreally witty novella Lady Susan, the formidable protagonist notes to her friend that “Flexibility of Mind, a Disposition easily biassed by others, is an attribute which … I am not very desirous of obtaining”. Indeed, her whole character is a praise to decisiveness and strength of will, which win her a young, rich, titled husband – in addition to a lover simply too charming to be faithful to his wife.

Lady Susan is one of the marvellous instances (more easily detectable in her earlier, less popular works) in which Jane Austen allows herself to be openly on the ‘wicked’ side. One may therefore wonder whether being unyielding like Lady Susan, instead of all submissiveness like her insipid daughter Frederica, is actually what we are meant to get out of the story. The truth is, however, that all of Jane Austen’s heroines are rather willful, and that their willfulness usually takes the peculiar form of rebellion against their parents or guardians.

For it occurred to me that what Lydia does, unlike Elizabeth, is to listen to her mother. “I remember the time when I liked a red coat myself,” Mrs. Bennet tells her husband, in an attempt to rebut his opinion that Kitty and Lydia are “two of the silliest girls in the country”. The ‘business’ of Mrs. Bennet’s life, we are informed at the end of the fist chapter, is “to get her daughters married”; Lydia is the first of the Bennet girls to graciously oblige her mother’s wishes. No matter how much fuss Mrs. Bennet delights in making over her youngest’s elopement, she is still ecstatic over its result. Her face is “decked with smiles” in welcoming Mr. and Mrs. Wickham at Longbourn. Clearly, to her, all is well that ends well.

Elizabeth, however, does not oblige her mother’s wishes, not when she rejects Mr. Collins nor at any other point in the novel. In fact, she marries virtually the only man Mrs. Bennet has not tried to throw upon her, the only man whom she has been told not even to dance with. Her refusal to marry Mr. Collins gains her much fiercer reproaches from her mother than Lydia ever gets for marrying Mr. Wickham. Mrs. Bennet describes her as “a very headstrong, foolish girl”, a description echoed towards the end of the novel by Lady Catherine’s resentfully calling her “Obstinate, headstrong girl!”.

However difficult it is to imagine, Mr. Darcy is not the most important part of Jane Austen, by a long shot.

Disobedience, especially to authority figures such as a parent, is far from peculiar to Elizabeth Bennet among Austen’s heroines. Emma listens to no one but herself, and the only time Anne Elliot meets her father expectations she spends the next eight years pining over a man. Nothing good (at least of their own making) ever comes to characters who do listen to their parents. Edward Ferrars regrets that his mother’s dislike for the church, and his dislike for anything else, has kept him from obtaining “anything like independence” through a profession. What has really detained him, however, is the weakness that distinguishes his character, the same weakness that, had it been for him, would have gotten him married to Lucy Steel. Whatever happy ending Edward does obtain, he does not achieve it through any ability or virtue of his own, but through Lucy’s own scheming, through her independence of thought and strength of will. These virtues win her her happy ending. That Edward should thus be free to find his with Elinor is a fortuitous coincidence. It is true that not all demonstrations of strength win happiness in Jane Austen. Maria Bertram, who insists on marrying Mr. Rushworth even when her father offers her the opportunity to go back on her steps, is duly punished – but this happens because, when paired with rashness, independence becomes folly. While in Austen folly is often punished, however, weakness is never rewarded.

What Austen actually taught me, then, is what Mrs. Dashwood tells to Edward Ferrars moping for his lack of direction in life – “Know your own happiness”. It is not stubbornness that she preaches, but decisiveness, and above all self-analysis. It is Fanny Price, who on the surface appears as meekest of all her heroines, who pronounces the single most important sentence in all of Austen’s works: “We all have a better guide in ourselves, if we would only attend to it, than any other person can be”. This is the real Jane Austen, this is why she is still relevant to us, and to women especially. At a time when it was expected of women to be always condescending, always obeying, ready to listen either to their parents or their husband or to just about anyone except their own heads, she put into the world these amazing female characters whose life turns exactly around whom it should: themselves.

The examining of their own hearts is a journey each Austen protagonist takes on her own. Emma does not change her snobbish behaviour because of Mr. Knightly’s “badly done, Emma, badly done indeed!”. She does because she empathizes with Miss Bates, a sad, distorted version of the single woman she aspires to be. Austen’s heroes are only part of her heroines’ happy endings, and not even the most important part. Lizzy’s ultimate triumph is in standing up for herself against the bully Lady Catherine and everything she represents – void tradition, oppression, the will of imposing one’s ideas on others considered weaker than oneself … in one word, the patriarchy. None of Austen’s heroines marry their intended because they have taught them how to live, but in spite of the fact they have tried. Their journeys do not end in lovers’ meetings; they end with a deeper understanding of themselves, and with the acquisition of the strength necessary to be who they want to be in a society that does everything to prevent them from succeeding. However difficult it is to imagine, Mr. Darcy is not the most important part of Jane Austen, by a long shot.

By acknowledging myself forever grateful to Jane Austen for having made of me a decidedly obstinate, headstrong girl, “I leave it to be settled by whosoever it may concern, whether the tendency of this work be altogether to recommend parental tyranny, or reward filial disobedience”.