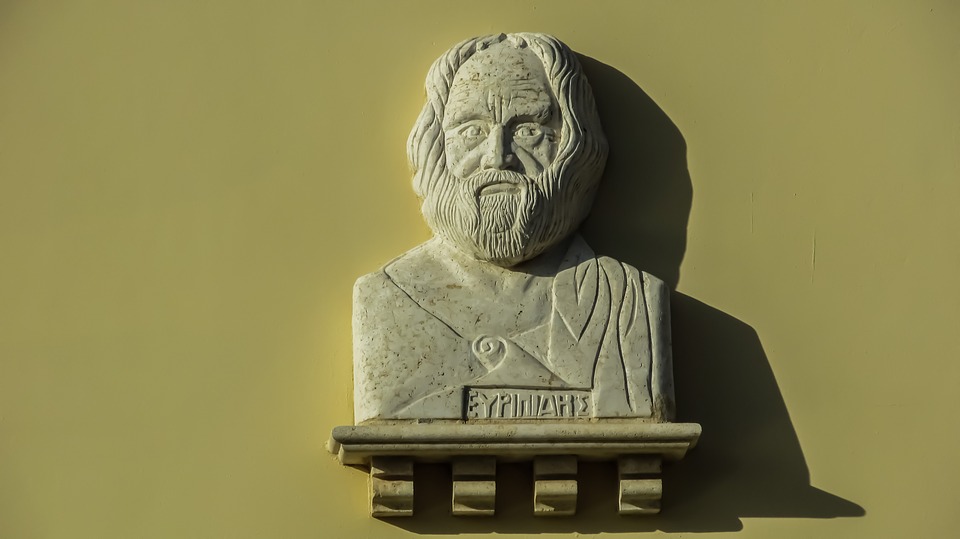 Presenting a play entirely in Greek to a modern audience might seem like an extraordinary task, but through the interplay of choreography, music, and outstanding individual performances, this production of Euripides’ Bacchae carries it off effortlessly.

The Oxford Greek Play is steeped in tradition, occurring every three years at the Oxford Playhouse, and yet for those intimidated by the idea of watching a play for over two and a half hours in Greek with English subtitles, I would urge them to set aside any preconceptions. Bacchae, directed by Sean Kelly, is a production charged with the wild frenzy of the maenads, the mad female followers of Dionysus. This production employs language, movement, music and more to portray Euripides’ tale of divine revenge which unfolds following the King of Thebes’ decision to ban the worship of his cousin Dionysus.

Music, including a violin played onstage, along with percussion and the rhythmic chanting of the chorus, plays an integral role in the production, from the opening scene where the jarring, eerie orchestral music sets the tone for the wildness and madness of the maenads throughout the play. The astonishing work of movements director, Isobel Hambleton is one of the most notable aspects of the production, and works alongside the music to create the atmosphere of barbarity associated with the maenads. The writhing, animalistic and interconnected choreography of the chorus establishes the idea of a community in opposition with the hardened exterior of the individual, Pentheus. Yet, this play is also about a blurring of boundaries, and Spencer Klavan’s captivating performance suggests there is something not wholly civilised about Pentheus, particularly when his seething disregard for Dionysus is shown. The expert choreography brought to life by the talent of the cast allows this production to transcend language.

This production also subverts gender norms and explores the tragic nature of hypermasculinity. The effeminate nature of Dionysus contrasts with the manliness of Pentheus, however as the production unfurls, the idea of gender is seen as more fluid. In one of the most exceptionally staged scenes, Pentheus’ manliness is unpeeled layer by layer as he is manipulated by Dionysus, suggesting the dramatic consequences of destructive masculinity. This production’s seamless exploration of gender identity allows the play to take on another dimension, making a play that is over 2000 years old seem incredibly relevant to a modern audience.

The convention of Greek drama whereby violence occurs off stage and is revealed by a minor character is subverted, and projected visuals show scenes of violence and savagery propelling the story on to its conclusion. The inclusion of projection pushes the boundaries of the possibilities on stage, allowing the messenger’s speech depicting the brutality of Euripides’ play to be brought to life. The mixture of mediums alongside the emotionally charged delivery of the messenger’s speech

Ultimately this production is not constrained by language, it pushes against it and uses a variety of mechanisms to great effect to convey the blurring of boundaries between gender, tradition, civility and barbarity. For those interested in witnessing the capabilities of storytelling in theatre, this play is not to be missed.