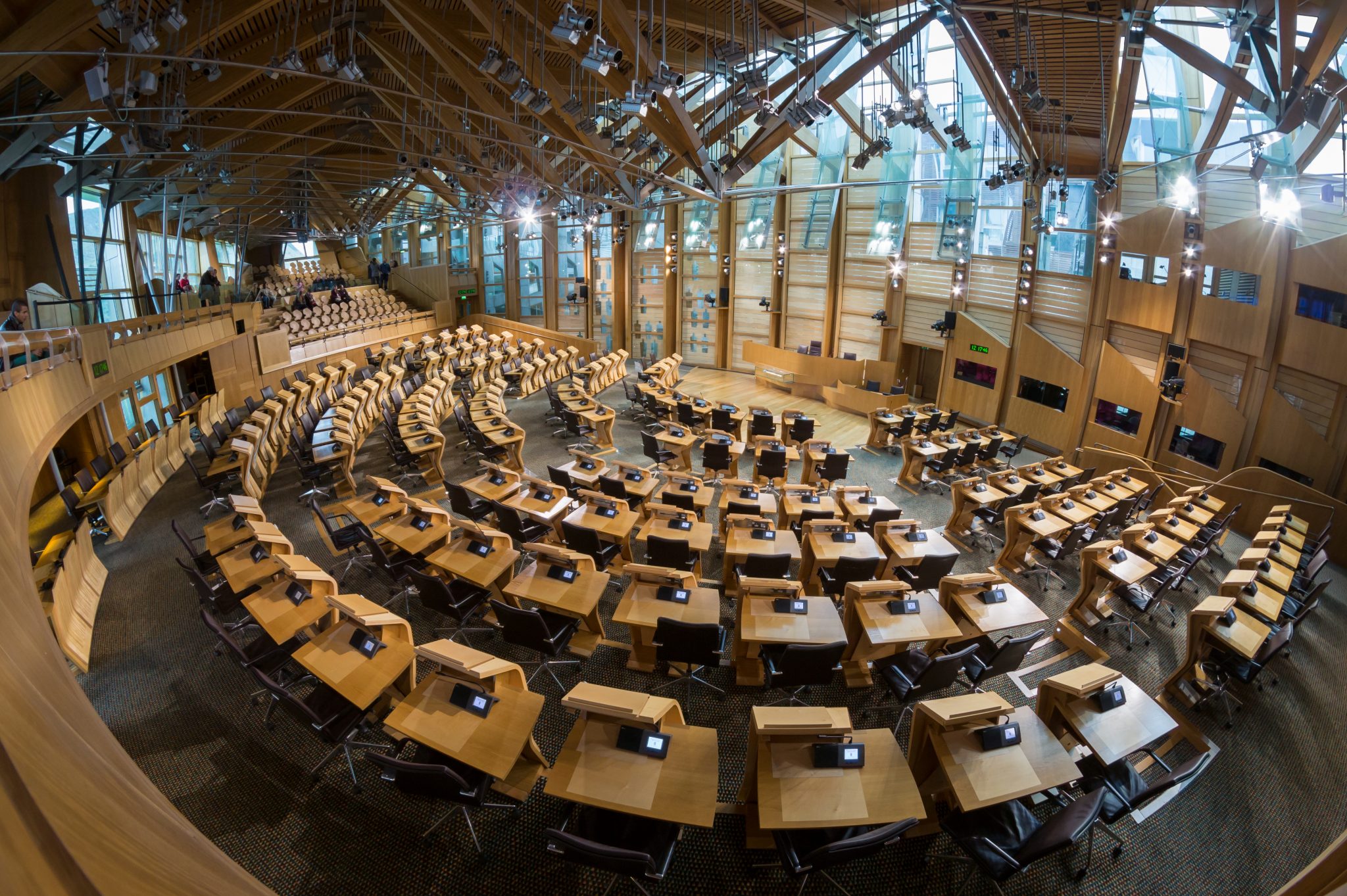 20 years of devolution: has it been a success?

This year marks two decades since the people of both Scotland and Wales voted ‘yes’ to devolution in referendums promised by Labour’s victorious 1997 manifesto. Blair was confident that devolved governments in Scotland and Wales would mean “the Union will be strengthened and the threat of separatism removed”. Since then, major policy areas such as education, health and housing have been dictated in Scotland and Wales from Holyrood and Cardiff Bay respectively. Twenty years on, a native of each country assesses the impact of devolution on themselves and their nations.

At first glance, Scottish devolution appears to have been a triumph. There is no suggestion that people wish to revert to being governed by Westminster, where the voices – and votes – of Scottish MPs are always at risk of being drowned out. Greater London has 73 MPs, 14 more than all of Scotland; priorities unsurprisingly differ between urban areas in The South (as the roads signs put it) and where I come from in rural Perthshire. Having a Scottish Parliament gives greater control to people who far better understand the particular problems our country faces – from difficulties accessing services due to poor infrastructure, to the legacy of a long history of sectarianism. Even if the solutions are imperfect, they are at any rate more representative than Westminster could, by its very nature, ever be.

Upon closer examination though, it is clear that devolution impacts more than dry political process. I feel the relationship between Scotland and the rest of the UK has been impacted too, increasingly becoming one of distance, confusion, and conflict. England can feel strange to me, even having lived here for over a year. Usually it’s the flatness or the warmer climate that surprise my Highland soul; but with different healthcare and banknotes, even differing ages of enfranchisement, so much can seem alien. Many of these distinctions are an inevitable consequence of devolution, and some even predate the Scottish parliament’s foundation, but political choices have exacerbated it. The most obvious, and personal to me, is tuition fees.

I feel the relationship between Scotland and the rest of the UK has been impacted too, increasingly becoming one of distance, confusion, and conflict.

For Scottish students who study at Scottish universities, tuition fees are paid by the government. It made it a huge wrench to come to Oxford, knowing I would leave with £27,000 more debt than if I simply went to St Andrews or Glasgow. Naturally, fewer Scots cross the border to study than previously; those who do are met with puzzled glances or horrified gasps when the subject of fees arises. Over 11 percent of the 900 students who gained places in 2016 to study outside of Scotland had Oxbridge offers, tempted (like me) to leave the cosy warmth of free tuition in search of greater opportunities down the line. With so few Scots going to English universities, Scottish unis are hugely oversubscribed. And due to the cap on Scottish places, excellent students may be turned away, even choosing not to pursue higher education rather than going across the border. This makes England seem foreign, unreachable.

This alienation is crystallised in Scottish universities charging Northern Irish, Welsh and English students fees while other EU passport-holders do not pay. Disassociating Scotland from the rest of the UK, despite the fact it is British taxpayers who pay for Scotland’s higher education spending, emphasises how devolution may be damaging the bonds between our nations. Cynics may point out that as the SNP’s stated aim is to make Scotland independent, it is entirely to their benefit to increase this alienation and discontent. But this is unjust. Devolution exists so the Scottish government can do what they believe is best for Scotland, whilst the UK government is permitted to operate differently. Furthermore, who is truly at fault for Scottish school-leavers ignoring universities in the south or indeed further afield: the UK government who charge tuition fees, or the Scottish government who don’t subsidise students outside Scotland?

This highlights what I view as the most damaging aspect of devolution. Everything – from budget cuts to council job losses – are arguably decisions of the Scottish Government, but as the money they have to spend is doled out by Westminster cuts to the UK budget also impact Scotland. This gives political parties far too many hiding places. When the Scottish economy struggles behind the UK’s, Westminster is responsible; when it surpasses UK figures then Holyrood demand credit. And the British government plays the exact same game. With different levels of authority and influence, while global forces interact with local problems, it can be impossible to identify who is truly at the helm.

Devolution has brought power closer to the people whom politics should serve, but we deserve more. We deserve a more open, honest discourse, where politicians will take responsibility for both successes and failures without hiding behind others. We deserve a fairer Scotland with better governance. Devolution has changed Scotland in myriad ways, both for better and worse, but more levels of government somewhat inevitably means we must fight still harder to hold politicians accountable to the will of the Scottish people.

After all the celebrations this September, you’d swear we were now the most powerful country in Europe. Conferences, essays, and broadcasts have been dedicated to the historic anniversary of when the people of Wales voted (albeit by the narrowest of margins) for power to come to Cardiff Bay. Devolution is what we deserved as a country. The fact that we now have a centre of governance in our capital is just as significant culturally as it is politically and constitutionally. Commentators like Huw Edwards have highlighted how Wales was overlooked by politicians in London before the ‘yes’ vote. While the Wales Office was created in the mid-1960s, Edwards describes how he witnessed first-hand the way Wales was treated before devolution: “parliamentary debates on Welsh matters could be cancelled for the flimsiest reason… Welsh affairs were generally regarded as a nuisance or worse”.

Yes, we may have ‘found our voice’, but is this worth the lack of socioeconomic progress?

So, the formation of the Welsh Assembly – or Senedd – was a great opportunity for a new generation of Welsh lawmakers. Unfortunately, it has underperformed. Welsh devolution, on the whole, has not been successful in improving the lives of Welsh people. The purpose of democratic change is to use if effectively, improving the health service, education and economic performance. But the politicians in Cardiff Bay haven’t delivered this. For one thing, there is the declining state of the NHS in Wales – the avoidable mortality rates here are 16 percent higher than across the Severn Estuary. We sadly also have the worst education scores in the UK. And Wales lags behind in terms of wages and household income too, when compared with the UK has a whole. As well as this, whilst Wales was already the least productive region of the UK in 1997, our productivity has since fallen from 86 to 80 percent; meanwhile, Scotland’s productivity has risen under devolution.

Yes, we may have ‘found our voice’, but is this worth the lack of socioeconomic progress? Well, despite all my criticisms, I must reiterate that I am a Welshman who supports devolution. We must not waver and question whether we would be better governed by Westminster. The challenge ahead is to ensure we can make devolution more successful than it has been up to this point. Two of Wales’ leading political scientists, Richard Wyn Jones and Roger Scully, have outlined some of difficulties we face in undertaking this task.

One of the key issues is the potential to legislate a workable constitution for devolved Wales.

The Government of Wales Act 1998 was succeeded by its 2006 namesake, and then supplemented by the 2014 Wales Act. As Wyn Jones states, “each of these efforts has been fundamentally flawed… on each occasion the flaws have not only been predictable; they have been predicted”. And judging by the scathing criticism of another draft Wales Bill last year, it looks like politicians in Cardiff and Westminster are finding it hard to produce a long-term settlement for my country which satisfies all.

Perhaps even more problematic is Brexit. Writing for The Spectator, Scully – who himself believes the Assembly has not fully achieved its founding ideals – argued that there was confusion within the administrations of Cardiff and Edinburgh as to how a new deal with the European Union will affect their devolved governments. After all, devolution legislation for all three non-English nations has always explicitly assumed EU membership. Many major devolved policy areas – such as agriculture, fisheries and the environment – are heavily ‘Europeanised’. What adds to the chaos is that Carwyn Jones is a pro-remain, Brexit-hating First Minister; Wales voted to leave. Brexit therefore poses problems not only for the relationship between the UK and Europe, but also between England and the other nations, and between the politicians in the Welsh Assembly and the constituents that vote for them.

Yes, devolution is the settled will of the people in Wales. However, we are arguably facing more daunting challenges as a nation than at any other point in history. Time will tell whether devolution will live up to its full potential for the people of Wales. But it’s not as if we’ve never heard that one before…