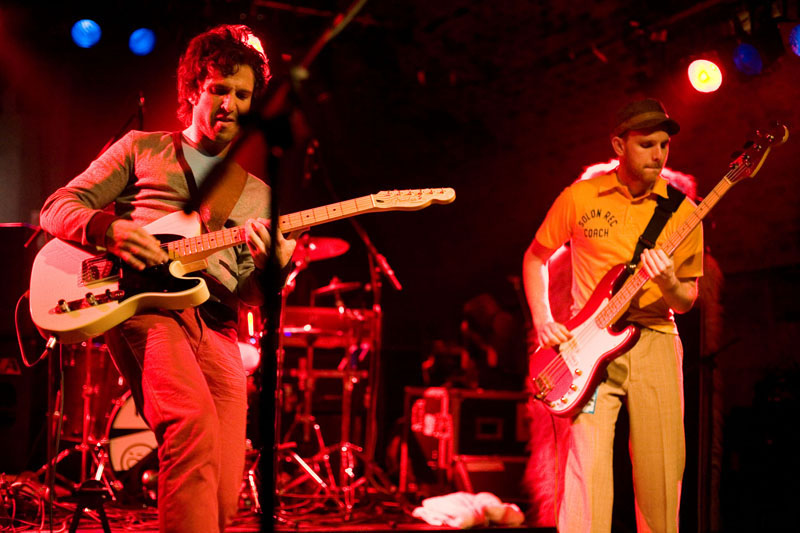 The Hoosiers’ first album, The Trick to Life, was the first album I ever bought, ten years ago.  I suspect its best tracks – ‘Goodbye Mr A’, ‘Worried About Ray’, etc –  hold strong feelings of nostalgia for much of the current UK student population.  Since then, it’s fair to say that The Hoosiers have had middling success with follow-up albums, each with a relatively successful single or two, but never emulating the success of their debut.  The opportunity to see them on The Trick to Life’s tenth-anniversary tour, then, was one that my ten-year-old self couldn’t let pass me by.

The structure of the gig was about as pedestrian as they come: the band kicked off by playing The Trick to Life in its entirety, in order, before moving on to play some of their newer stuff.  While it was nice to know what was coming next, the set-list could definitely have benefited from some mixing up of the two halves.  In the first place, albums are generally ordered to give the best listening experience, and not to sustain interest in a live environment.

Secondly, very few people knew the newer songs that were played at the end, and so the atmosphere had the curious property of starting with the most energy, where most gigs end, and ending where most gigs start, with very little.  Despite this misstep in the ordering of the gig, the band was very charismatic and chatty, ranging between fun and outright bizarre; clearly, they were enjoying their time living out past success, and that feeling was an infectious one. Otherwise, it was fantastic to hear some of the songs that had helped define my early teenage years, and to be in a room of people who were clearly having a similar experience.

I’m not sure I would have enjoyed it as much as I did if I hadn’t had this kind of history with the band and the album, but then I think that asking a tenth-anniversary tour of anything to appeal to newcomers over nostalgia-seekers is  ultimately a big, if impossible, ask – whatever the band.