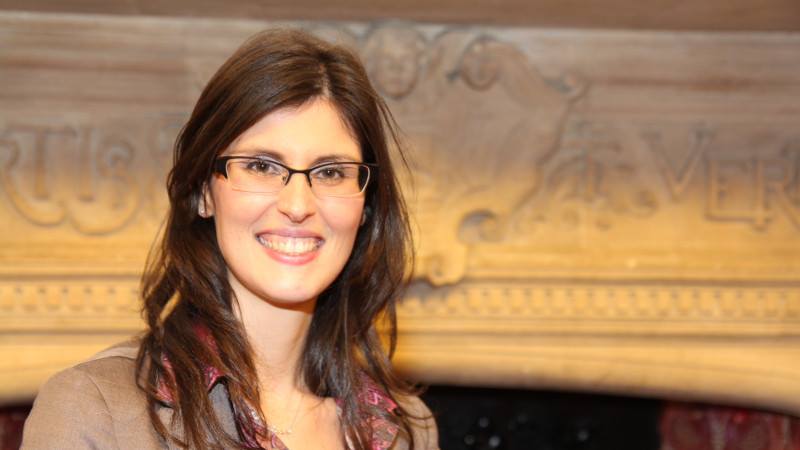 Layla Moran: “Fighting social inequality is my fire that helps me get up every day. It’s what I’m passionate about.”

The last time we spoke to Layla Moran, she was a parliamentary candidate, busily fighting for a marginal seat in the 2015 general election. Despite an inspiring campaign backed by strong community support, it is fair to say that the legacy of the coalition government proved to be an obstacle in her path to representing Oxford West for the Liberal Democrats, who went on to lose forty-nine seats. But just two years later, Moran emerged victorious in Oxford West and Abingdon, unseating Conservative Nicola Blackwood with a swing of nearly 15%. Her victory was symbolic in several ways, one being that she became the first UK Member of Parliament of Palestinian origin, as well as the first female Liberal Democrat MP from a minority background. While chatting to her recently, her upbeat and positive demeanour radiated through the telephone, and our conversation was dominated by tumultuous state that British politics is currently in. Although I was interested in knowing more about her background, and previous career within the education sector.

Layla, having been born to a British father and a Palestinian mother, spoke of some of complications connected to coming from a multicultural background. “We had to move around a lot when I was younger so when all my peers would say ‘I grew up in this village’, I could never really say that I had”. But it is exactly this, combined with Layla’s career as a maths and physics teacher, that has added extra layers of nuance to her perspective on both global, and domestic politics and policy.

“Getting into teaching was helpful because you start to see that how we act and what we do with young people within a country really matters. I think that because of my global perspective, it has gotten me incredibly angry about England, and the United Kingdom in general as a G7 country. I have lived in places such as Jamaica, Ethiopia, and Jordan, where they have a real excuse as to why a relatively high number of young people don’t get through education”. This leads us on to discussing social inequality, and its implications in defining how well a person will do at school. “The best predictor of how a young person is going to do at school has always been how much money their parents make, and this is still very much the case”.

“We talk about austerity and that there isn’t enough money, but that isn’t an adequate excuse.”

Such conversations involving examining, reviewing, and tackling deeply entrenched social inequality has gained traction, especially in today’s Brexit climate. Theresa May’s first statement as Prime Minister vowed to fight against the “burning injustices” brought about by such inequalities. Earlier this month, the Race Disparity Audit was released, and just this week, Labour MP and former Higher Education minister David Lammy labelled Oxbridge colleges as ‘fiefdoms of entrenched privilege’, and as perpetuating ‘social apartheid’. Layla makes it clear that the current government fiscal austerity programme cannot be reconciled with claims to attempt to tackle such social injustices, especially in relation to the education sector. “We talk about austerity and that there isn’t enough money, but that isn’t an adequate excuse. We have the capacity to borrow at low rates and if we wanted to invest our future we could, so I don’t understand why we don’t do more of it.”

Although the Liberal Democrats today are keen to distance themselves from the coalition government, Layla asserts that progressive Liberal Democrat policy of that era was often overshadowed by the criticism both parties faced at that time. One such criticism being the Pupil Premium, a Liberal Democrat policy which proposed to give additional funding for state schools in England, with the aim to close the attainment gap between disadvantaged pupils and their peers. She asserts that this was one of their best policies, and that her dedication to tackling social inequality at schools is one of her utmost priorities. “It’s my fire that helps me get up every day. It’s what I’m passionate about.”

Our discussion of socially inequality relates directly back to the local community, and the specific problems that Layla’s constituents are facing. When asked what she feels are the biggest challenges her constituents are facing, she doesn’t hesitate in naming infrastructure as a whole, not limited to the housing crisis. “In Oxfordshire we’re building at a rate that hasn’t been replicated since the 1930s and 1940s. Houses are being built, but the surrounding infrastructure isn’t appearing. This is partly because there isn’t enough joined up thinking between the local council and the government. There isn’t enough money being released fast enough to keep up with the demand, so I see my role as the MP to help to manage that and to make sure that the housing does happen because it. It’s such an important issue.”

“We need to tackle this issue that wages in Oxford are not high enough to cope with living in Oxford.”

Discussions regarding the housing crisis do appear to be London-centric, but the fact that Oxford is the most unaffordable within the UK, with the average house price being 16 times the average wage, which is slightly above London’s percentage (15.7%). Despite this, there is no policy for employers to have weighted wages for Oxford, as some do in London. This is an issue that Layla is keen to address. “One of the things I want to look at is not just supporting the living wage, but also to encourage employers more generally to think about having an Oxford weighting. We need to tackle this issue that wages in Oxford are not high enough to cope with living in Oxford.”

But what about Britain’s post-Brexit future? The economic model that Britain will adhere to following our exit from the EU is something that no major political party seems to be clear of. Whether our economy will adopt the model of the WTO (World Trade Organisation), the EEA (European Economic Area), or even the EU’s trade relationship with Canada is still unclear more than a year after the referendum. One thing that Layla is clear of is the importance of Britain’s membership of the single market and the Customs Union, as well as her disappointment in both the Conservative and Labour Party’s failure to have a clear position on both. “There are real jobs, and real people’s lives at stake when you talk about coming out of the single market. Theresa May, at least publicly, has her head in the sand. My personal opinion is that we will never get a deal as good as the deal we currently have. Anyone, and Labour are the same, who say we’re going to are deluding themselves. At the very least, staying in the single market and the Customs Union is a compromised position between leave and remain. If not, everyone will be unhappy, and so that’s probably a sign that it is the right thing”.

Such issues relate directly back to concerns which arose during the party conference season.  The Labour party were met with backlash from their decision to not hold a debate on whether the UK should stay in the single market permanently. Layla tells me how the Liberal Democrats will never have this problem due to the fact that their entire position on policy is constructed throughout their conferences. “We’re the only party, aside from the Greens, that have that process. We’ve always made policy from the bottom up. My response to questions such as ‘Why is Liberal Democrat policy so hard to understand’ is that the world is hard to understand. Things are complex, and so although our policy might reflect this, it means that when we introduce them they will work. It’s a fair criticism, but not one I particularly mind because I think it’s a reflection of good policy making”.

Our conversation branches away from discussions of the Single Market in particular to the efficiencies of markets in general. The Liberal Democrat position on this is unique as it’s directly contained within their name – a merge between the Liberals, who advocated classical free market capitalism, with the Social Democrats, who believed in the state’s intervention when necessary. “Where we stand now is both of those things – by and large we don’t think markets are inherently bad. But there are certain features of markets that aren’t appropriate to be applied to public services. To have a market within education, for example, brings about an array of problems. For markets to work, we need to have two things: equal access of information for everyone competing within it, and allowance for certain aspects of that market to fail. Failing is not an option when it comes to education because it is someone’s entire education that you are messing up. In my view, marketisation in education shouldn’t be happening.”

I end our conversation with a problem which considerably changed public attitudes towards the Liberal Democrats during the coalition: that of higher education. Layla’s determination to bring about educational equality is self-evident, but especially visible within her answer to what the best response should be in tackling the crisis surrounding higher education. In doing so, she presents a straightforward response to a challenging question that many politicians can’t seem to get right: “We should be moving to a system which is much less focused on university, where you specialise straight away, but one which is more focused on the rest of your life. One of the things that I am very critical of is the focus on university being the main form of tertiary education. What about the other 60% of students? What I would like to see is a move towards a way of financing further education in a way that is generally accessible for the rest of your life, for example individual learning accounts.”