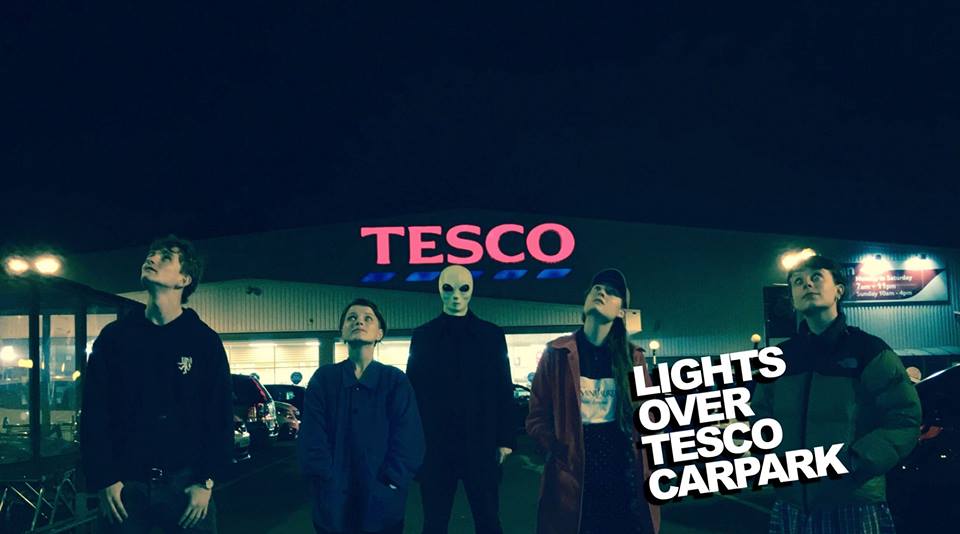 Poltergeist Theatre is back with a piece which makes us work even harder for a payoff. The premise? Telling the story of their interactions with an Oxford man who sighted a potential UFO in the car park of Magdalen Road Tesco. The reality? A variety show on the theme of witnessing, the power of belief, and the stories we tell. Lights over Tesco Car Park was experimental, tentative, and sometimes at odds with its venue – but nonetheless, a charming and thought-provoking piece.

With pared-back set, lighting, and costume, the hour-long show unfolded as a mixed bag of short scenes loosely tied to the theme of alien encounters. The story of their correspondence with the Tesco UFO spotter was intersected with Bradfield’s monologues about real-life accounts of alien abduction, and more abstract scenes like a conspiracy-theory dance number called ‘Articles We Found in Our Research’. While the show’s progression certainly wasn’t predictable, its mixed structure meant that the strands of meaning only started to come together towards the end.

The story of the Tesco sighting was told with all the innovation and nuance we’ve come to expect from Poltergeist. Between audio recordings, projections of transcripts, movement, and re-enactment of their interactions, the team perfectly portrayed the disbelief, awkwardness, and tentative enthusiasm of such an unusual turn of events. Inviting and engaging, these scenes were the most compelling by a long way, not least due to a sign at the offset stating “ALL OF THIS IS REAL”. A twist at the end took me by surprise, as I had been genuinely drawn in to the story (again, hats off to Poltergeist’s empathy and storytelling verve for this).

The other scenes were variable. During Bradfield’s monologues, a wordless invitation for an audience member to get up on stage was given by the cast, involving only an intense stare and a flying saucer sweet. Granted, this was on theme –communication without a common language, stepping into the unknown – but in reality (if you’ll pardon the pun), it didn’t really land. In an end-on space like The North Wall, breaching the gap between actors and audience felt awkward and created confusion. Bradfield’s writing is consistently heartfelt and funny, and the audience participation detracted from this. Despite this, the performances were all solid – a stand-out was Alice Boyd’s performance of the third monologue, for its sensitive delivery as much as its writing. The scenes were well-paced, and kudos must be given to the cast for being flexible, confident, and kind about whatever might happen on stage.

To state something which may already be obvious, this isn’t really a play about aliens.  It goes deeper than that, looking into the connections and communication needed for belief: whether the belief that you have indeed seen a UFO, or the bravery necessary to tell the world about your experience (in the wake of the Weinstein allegations, this focus on speaking out and not discounting the stories of others felt especially poignant). I left the theatre questioning whether what we had just seen was real. But ultimately this didn’t matter that much – it was made real for us on stage, regardless of whether or not it actually happened.

Poltergeist’s experiment with devised theatre has paid off. With only three weeks of preparation, they have delivered a brave, unique, and provocative piece which forces the audience to work as hard as the cast, and makes us say “I want to believe”.

Political Biopics: Watching the lives of others