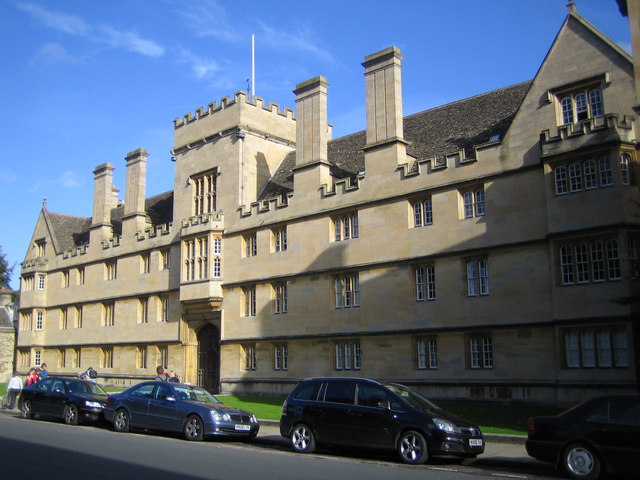 John is a second year English student at Wadham. He is involved with the Oxford drama scene; this term, he is directing random by debbie tucker green.

“I think the drama scene at Oxford is quite queer. It feels like a comfortable space. I think the relevance of the arts to the queer community is really interesting, particularly drama, because so much queer theory is based around ideas of performativity. I wonder whether that’s part of the reason for the stereotype, which does sometimes seem to ring true, about queer people being attracted to drama. Drama for me was really important to develop confidence and self-assurance.”

“I think for a lot of gay men there’s comfort and solace in identifying with the label ‘gay’. Equally, I think it’s really interesting to consider the varying levels of comfort I have with different words for ‘gay’. ‘Gay’ isn’t the one I use most often. ‘Queer’ is something I identify much more with, although I understand that word is not necessarily best placed to describe an identity that’s as consistent as my own. I think, for me, it’s more to do with what the white, cis gay male community represents, and for me sometimes that representation can be quite oppressive and patriarchal, and historically has had quite a stranglehold over the rest of LGBTQ+ representation. That’s something I don’t really like. That’s what my slight wobble is when I refer to myself as gay.”

When you live as a queer person, your identity constantly follows you

“I wouldn’t change my identity for the world. I think it’s an important part of who I am. It’s so much more of an enabler than a restrictor on my life. And obviously I’ve had a really privileged experience of homophobia if I can say that. But I think anyone who identifies as anything other than straight still experiences micro-aggressions, and those can be really tough. They’re constant, and so normalised, that they become almost mundane. That’s why it’s such an important idea to articulate. For example, when I go to a club, usually a predominantly straight space, and all my friends are getting off, and I’m not – that makes me lonely, and that makes me look undesirable, but it’s because I’m gay. Well, maybe I’m making assumptions about how desirable I am [laughs], but I’m going to say it’s a micro-aggression! But this follows through in common experiences. You have an experience that’s sad, and, even if it’s not the reason it’s happening, you link it to your identity. It’s a double wave, the first being human experience and the second being an awareness of how much of that experience is specific to your identity. When you live as a queer person, your identity constantly follows you, heteronormative society constructs that shadow around you. That’s something that’s hard to articulate, and it’s difficult for people who’ve not had queer experiences to understand.”

“Some aspects of Pride I think are positive, like when you see queer people enjoying Pride and coming together; it’s such a beautiful thing. My main issue with Pride is the commercialisation. I don’t want to be the piggyback for companies selling products. That makes me really angry. If you start endorsing capitalism in such a blatant way you stop being intersectional immediately, because – to take a Marxist reading of it – capitalism is such a part of why oppression happens. It leaves women, people of colour, disabled people, people with mental health problems and queer people worse off. Another of the issues that comes up, especially at Pride after events, is how highly sexualised they are. Although I really enjoy that part of queer culture, and I think it’s really important, radical and historically significant, I think it’s about judging the boundaries of that space, and understanding that it doesn’t fit everyone. It can be stigmatising to asexuality, trans people and people who don’t feel as confident with their sexuality. That can really ruin the Pride vibe. I think one of the reasons that hypersexuality is associated with the gay community is because it’s the part of queer culture that straight people enjoy the most, but also the part that’s most easy to demonise us for. Like squeezing the juice from a lemon and then chucking it in the bin. One of the first attacks that the heterosexual society is going to make on our community is for the way we express ourselves sexually, because that’s what they want to make this about, but actually being LGBTQ+ is much more complex than sex.”

Another of the issues that comes up, especially at Pride after events, is how highly sexualised they are

“Being in a safe space like Wadham, being queer was one of the first things that people knew about me, and was so normalised. I’m very lucky because I also have an accepting home life and group of friends. For me, the difference between home and uni life comes down to living in a family home. I think intellectualism is partly to do with it. People at uni have the language of modern political consciousness. In these liberated spaces, you develop the language and the skills to deal with difficulties, but the toolkit is actually for when you go home. I think that going back to a household which is run by two people of another generation, who are liberal and accepting but who have slightly different ideas, is always going to be tricky. It’s not bad enough for me to feel a burning desire to change it or to leave, but you get this resignation to an imperfect situation. Sometimes you don’t even know why it’s tough, but it just isn’t exactly how you feel in other places. So often we talk about our different environments as if they are really distinct, but actually we operate in all of them at the same time, which makes it so complex. You’re experiencing everything relatively, and you can’t help but make comparisons and contrasts, and it changes the way I experience everything and everywhere else. But it’s also exciting, and can be a way to explore yourself and what these different places mean to you.”