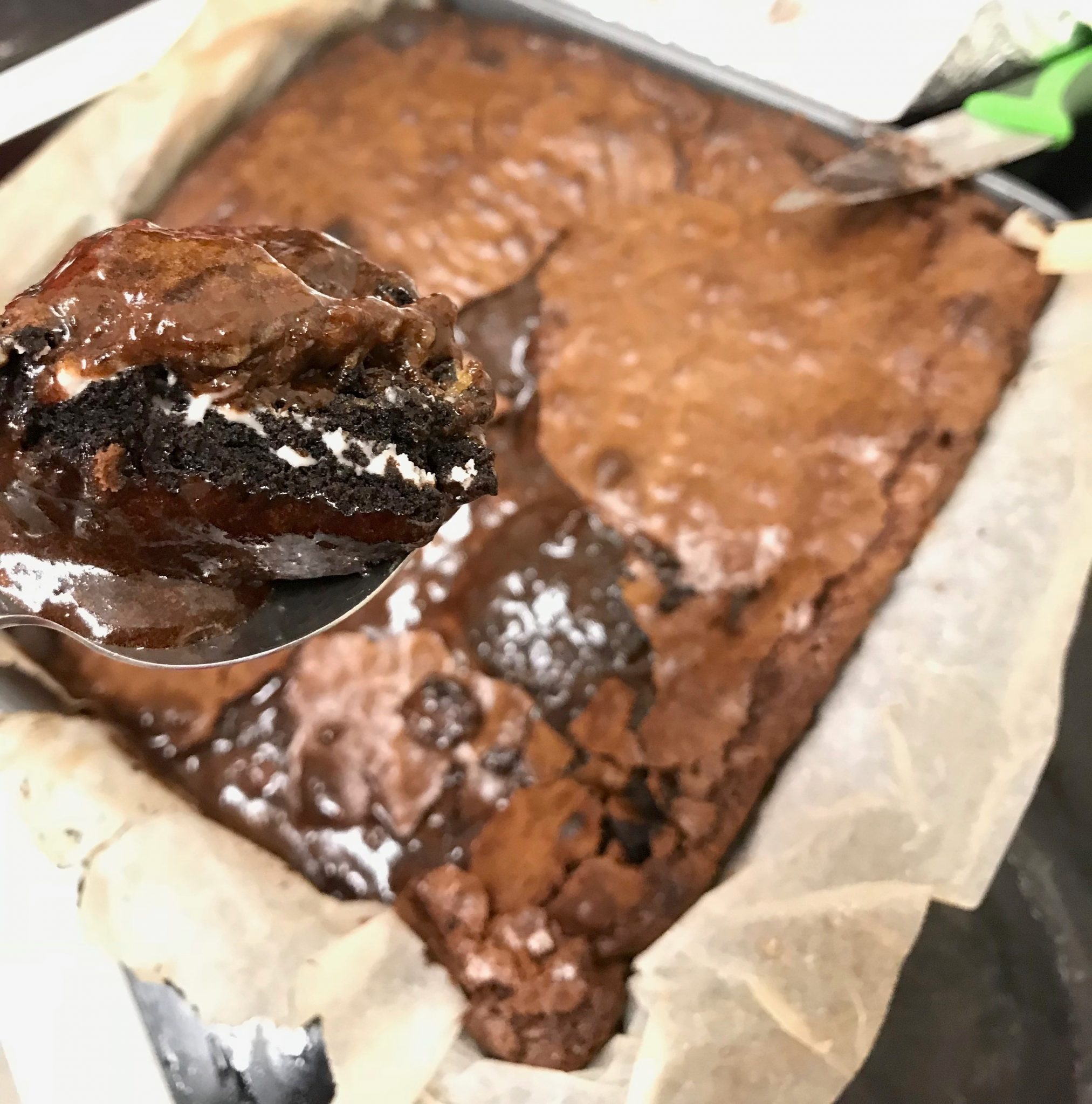 Things were not looking good for BakeSoc this week. With just one remaining, quite frankly disorganised, president and multiple essay crises simultaneously occurring all over college, a BakeSoc disaster was looming, with low turnout and chaos predicted.

Upon cutting, a cascade of molten chocolate flowed like lava over the cookie dough and Oreo base

Back to BakeSoc. With all the ingredients hastily bought pre-session, the stage was set. The few bakers who managed to drag themselves away from essays, naps and reading split into teams to make the different sections: one team on cookie dough the other on brownie mixture. Plenty of butter, sugar, a couple of eggs and some flour later, the layers were ready. The cookie dough was used to make the base, with a layer of Oreos forming a second layer on top. Over this layer is poured the beautiful brownie mixture, then into the oven it goes.

Here was when the first issue occurred. The lack of cocoa powder meant that hot chocolate was used instead. Consequently, instead of cooking into a gooey-but-still-solid cake it turned into a fondant of hot chocolatey-cakey-goodness. Upon cutting, a cascade of molten chocolate flowed like lava over the cookie dough and Oreo base. This, however, didn’t seem to put off the punters, with a good contingent of freshers arriving with their spoons, drawn by the scent of baking brownie like moths to a flame. With literally thousands of calories consumed, I think we can safely say it was popular!

In summary then, despite low expectations, the weekend’s bake can be thought to be successful. All that is now left is to look forward to the Bake Off final, firework night and more baking next weekend!