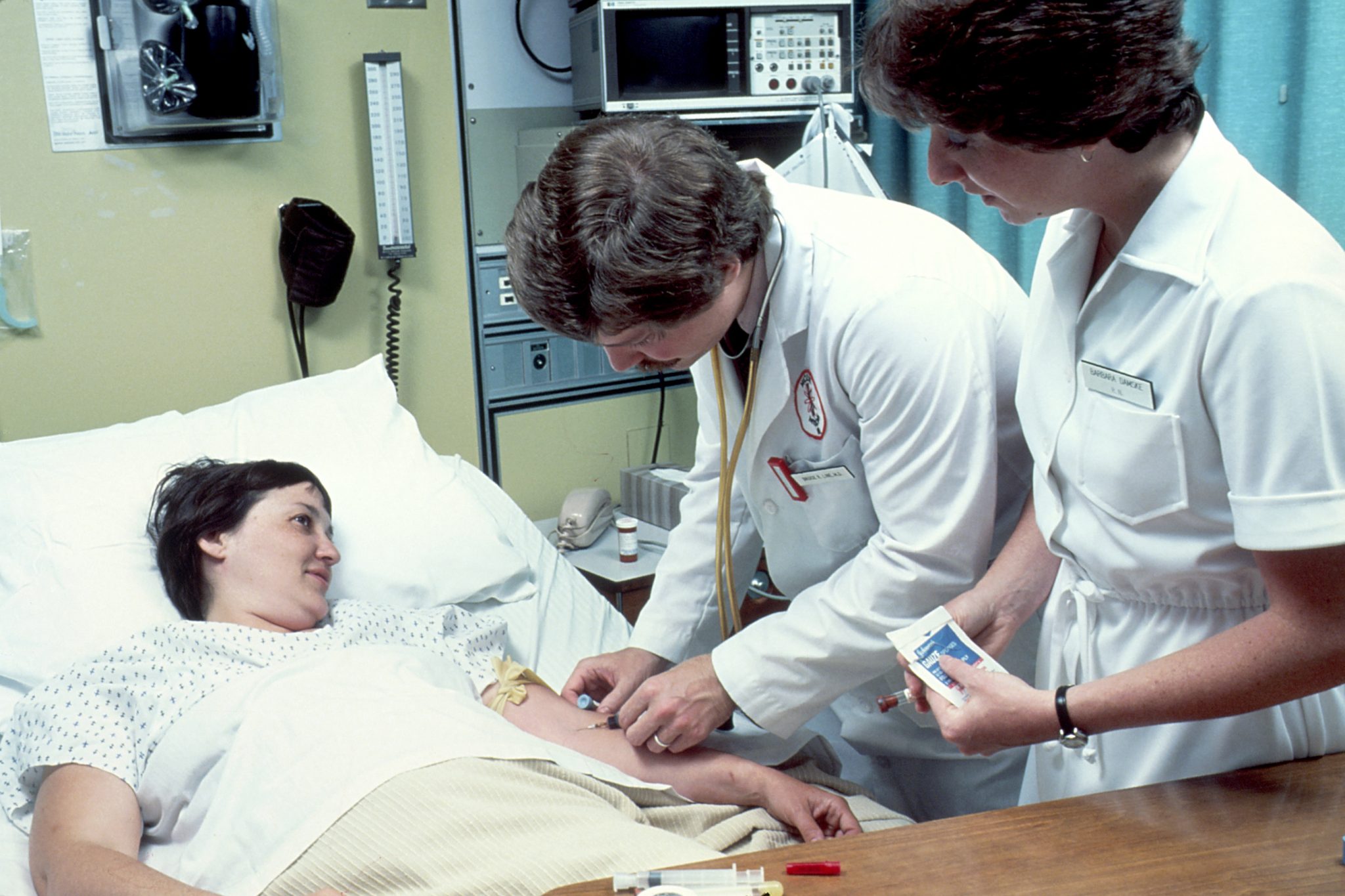 This past summer I began giving up my body to the scientific community for a fiver at a time. As a right-handed English speaker with 20/20 vision and no mental health struggles I came prepared with just the skills I needed to be involved in this kind of research—none.

The first time I walked out of an experiment with a crisp note and the feeling of a job well done, I treated myself to a nice lunch. Not a high tea at the Randolph but something beyond my usual £3 meal deal. I was pleased with myself for a moment, satisfied by my good deed. “This is just a one-time thing,” I told myself.

I don’t remember how I came across the second study, one that spanned multiple days and involved an fMRI, memory training, and virtual reality game meant to test my recall. It was a step up from the incredibly simple video experiment prior. On the last day, I arrived at the John Radcliffe hospital and changed into a pair of scrubs. I was asked an array of questions: are there any pacemakers, metal, wires, or leftover bullets anywhere in my body? Have I survived any explosions? Naturally the answer was no. Up next was what I had only seen in medical TV dramas, the big tube that you’d see in the really emotional episodes. I was excited to try the scanner without suspicion of a brain tumor. It’s important to know that these scans are not useful for medical diagnosis but if they see something strange they let you know. I might also add—they will not let you look at your brain, even for fun.  For three hours I wasn’t allowed to move more than my fingers to play the game. The task itself was simple but by the end I felt drained. Being motionless was hard work, but boy did it pay off in the end.

From there I found more studies; adverts pinned to bulletin boards, ones posted on departmental websites. They always say “volunteer”, but I like to think of it as micro-contract work these days.

I stayed in Oxford for the summer instead of going home, so I found myself with more free time than I needed. Soon the experiments were routine. One MRI became four, and the radiologists started to remember me. By August I had a study booked nearly everyday, if not multiple. I started to see patterns among the assorted studies, an entire university obsessed with learning more about learning, and rightfully so. Most of the time I was assigned to doing simple computer tasks reminiscent of 90s arcade games followed by survey questions. It was easy money. My student debt diminished with every experiment, along with my stress.  I was surprised by my new sense of purpose—contributing to the greater good in a strange and interesting way.

Despite the extra money I still wouldn’t splash out on a much needed spa day or vacation. As a high achiever, sitting still and relaxing is a concept I struggle with. MRIs became a form of meditation, a blissfully productive hour or two to just lie still. It wasn’t permissible to wriggle, squirm, or scratch. The radiologist would give me pillows, arm rests, and then tuck me in with a blanket before the three second joy ride into the tube. In the higher powered 7 Tesla scanner it’s normal to experience vertigo for the first minute. If I tried hard enough I could imagine I was on a rollercoaster.

Then I discovered EEGs and the joy that is having someone massage your head with a stick while they apply electrodes and connective gel. Once, I was left with multiple cuts on my scalp and face from where the wires had been placed. To the outside observer I had picture perfect spots but I knew in my heart of hearts that they had a better story than that. Want to know how I got these scars?

The radiologist would give me pillows, arm rests, and then tuck me in with a blanket before the three second joy ride into the tube

I made my rounds through experimental psychology and experimental psychiatry until I finished all the studies I was eligible for. I wanted and needed more. My financial situation took a turn for the worst as my savings dwindled to summer housing costs. Clinical trials paid triple the amount of any normal study. The catch was that nearly all of them involved vaccines. My lifelong phobia of needles was practically screaming no—I had even skipped getting the tetanus jab because of it. Still, I signed up.

The problem was not with blood. My many years with a uterus has alleviated any unease in that area. Skin puncturing was what got me. Tattoos, injectable vices, or anything more than the two holes in my earlobes were out of the question. This made me an asset in the medical testing world. Aside from a mean Twirl Bar habit, I was of relative health and purity. On the day of the first trial session, I peeled off the lidocaine gel patch I had applied myself that morning, tapping my arm to make sure I couldn’t feel a thing, and squeezed my eyes shut as the needle slid into the crease of my elbow. Two, three, and then four tubes were taken. The nurse tried to distract me with a conversation about the weather. I agreed that it had been rather cloudy lately as she finally pulled the stick out of my vein. No tears, no drama. I felt victorious, sneaking a glance at the viles of my blood sitting on the cart.

The world began to soften as my hearing faded along with my vision. “This is how it ends,” I thought as I melted into the chair. The nurse pushed me onto the hospital bed before I could fall completely. Fainting was new feature I hadn’t yet discovered in myself. A later experiment prompted a blood glucose reading by a tiny lancet, which felt like a dream compared to funneling blood from my arm. With a snap the device pinched, and she began milking the blood from my finger to get it on to the test strip. What I’ve discovered through these tests is that my pain threshold is very low. As the researcher left the room to get me a plaster, I once again felt the transition from person to limp noodle begin. I was prompted to eat a chocolate muffin, which to my luck was an actual task in the study, and within a few bites it was business as usual.

I was disappointed, wondering where I went wrong. Was I no longer the perfect test subject?

Early in the Michaelmas term I started seeing sleep studies posted on the bulletins. Back home I had heard you could have a sleepover in a zoo or a museum, but a lab? Now that was something special. I took the eligibility surveys for all, getting rejected each time. I was disappointed, wondering where I went wrong. Was I no longer the perfect test subject? Nine MRIs and seven EEGs later I was a has-been guinea pig.

When an email came through about a long-term study using a FitBit I eagerly signed up and was given a place. Like any health minded adult, I’ve lusted after one all while being put off by the price—I couldn’t spend that kind of money to monitor how inactive I was. They would pay me to wear a FitBit for eight weeks. Easy! Each step I took felt more productive; I walked more, I stopped resenting to the stairs in the Radcliffe Camera, and I started getting more sleep. We would all be monitored by the researchers with some prompts and incentives thrown in. Rule number one: don’t take it off.

By the end of week one it felt like a parole bracelet.

During project FitBit another opportunity came up. Once again, I made the trip to the JR for an MRI. The pre-scan activity took place in an interrogation style room. A single wire was attached to the inside of my wrist as I fixated on a pain scale. Then I realized, the FitBit would have to come off. I cheerful shoved it in my pocket and delighted in my shackle free arm. Thirty-plus electric shocks later, the definitive conclusion was still that I lacked fortitude.

Eventually I lost count. “How many have studies have you done now?” asked the researchers who I’d see regularly. As I write this my guess is thirty-five. Some treat it as though I’m partaking in something sleazy or unethical. I believe the research that Oxford conducts is for the better, whether it’s how to better understand social bias, or eating disorders, or cancers. Even though I let go of my earlier life dream of being a doctor in favour of my greater passion, these experiments have filled the scientific gap in my heart that I don’t get through my course. I no longer have to rely on WebMD or Grey’s Anatomy for casual entertainment, instead I get to be a human lab rat. It’s a job someone has to do, so why not me?

A definitive guide to oxercise 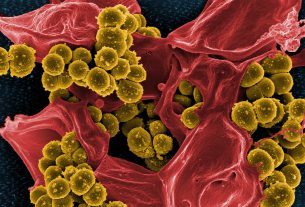 Is the war against antibiotic resistance coming to an end? 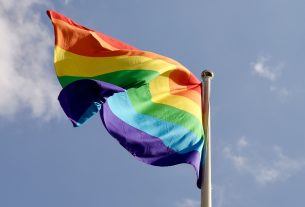