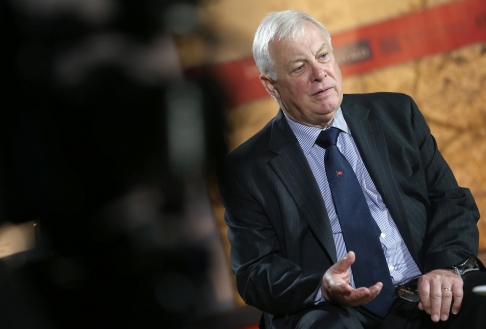 “If thought corrupts language, language can also corrupt thought”– or so wrote George Orwell inhis essay ‘Politics and the English Language’. Language, and most especially political language, ispowerful and aware of it. All speech and writing is created with the intention of influence: propaganda and advertisements invade one’s mind with ready-made thoughts, and politicians attempt to convert us to their own beliefs with carefully structured wording. How canwe protect the vulnerable from the corrupting power of words? At what point does freedom of speech limit freedom in actuality?

If, in 1933, Hitler had been prevented from making his speeches, perhaps the German people would not have been so swayed by his charisma, and he would never have come to power; the same canbesaid of Mussolini a decade earlier. Unacceptable views were voiced, and the consequences were terrible. But what about Martin Luther King? What about Emily Davison and Emmeline Pankhurst? What about when hopeful, radical views are expressed for the first time and the consequences are moral and liberating?

The problem with safe spaces is that, as much as they may try to filter the good from the bad, because the democratic views of society are forever developing, they can only ever be indiscriminate. If unconventional views go unvoiced, society cannot progress. It won’t improve and it won’t devolve: there will beno Fascists, but there will beno suffragettes either.

What so many “liberals”in our generation fail to understand is that you do not convert people by silencing them.

Lord Patten was right to condemn no-platforming and safe spaces as“fundamentally offensive”. Noone is omniscient or infallible, and sono one has the knowledge or should have the power to silence certain views and to promote others. Universities should encourage atmospheres of debate and learning. The best way of strengthening one’s own views isto have them contested. Rather than attempting to shut down the views ofan anti-abortion society atSt John’s, WomCam protestors should have been listening to their opposed opinions –“incorrect”as they may have been – and enlightening themselves on why so many others are convinced by the “wrong” side.

What so many “liberals”in our generation fail to understand is that you do not convert people by silencing them. You convert people by understanding them, empathising with them and offering a superior alternative. Donald Trump was not elected President last year because the American electorate was evil or stupid or wanted the worst for themselves and their country. He was elected democratically by people with very real concerns who felt that they had not been properly represented by traditional politics. If anything, the dismissal of contested views leads topolarisation, and exacerbates problems.

University is a place for widening horizons, for not only learning what is correct and incorrect but for discovering what other people believe, how the world works and how wecan change it for the better.

John Stuart Mill’s On Liberty remains an excellent model for freedom of discussion. “If all mankind minus one, were of one opinion, and only one person were of the contrary opinion, mankind would beno more justified in silencing that one person, than he, ifhe had the power, would be justified insilencing mankind.” Silencing opposition assumes infallibility. Debate, however, allows opposing sides to reconsider and improve their arguments; and if, indeed, there came a time when a certain opinion was known tobe entirely correct, it should still be contested to avoid being reduced todogma. As Mill also writes, “There is the greatest difference between presuming an opinion tobetrue, because, with every opportunity for contesting it, it has not been refuted, and assuming its truth for the purpose of not permitting its refutation.”

University is a place for widening horizons, for not only learning what is correct and incorrect but for discovering what other people believe, how the world works and how wecan change it for the better. A blinkered view, no matter what good intentions it carries, helps no one. Assuming that the students of Oxford University are so weak-minded asto not be able to filter good and bad views themselves is offensive, a prime example ofanif-we-want-your-opinion-we’ll-give-it-to-you type attitude. If a terrorist were to speak at the Oxford Union, it would be a fascinating study into the rise of Islamic extremism, and a useful exercise into investigating how such people can bere-converted.

Yes, history has revealed that freedom of speech canbe dangerous, but its elimination is more dangerous still. An institution of learning should feel free to promote certain views, but not to the point of discrimination against other views, and in fact an understanding ofall views is essential tothe understanding of any. No human is infallible, and safe spaces ignore this basic fact.

Syria: a clash of nations beyond Western borders

Why I haven’t changed my profile picture for Paris

“Not yet good enough…”: Why sex and relationship education in Britain needs urgent government attention