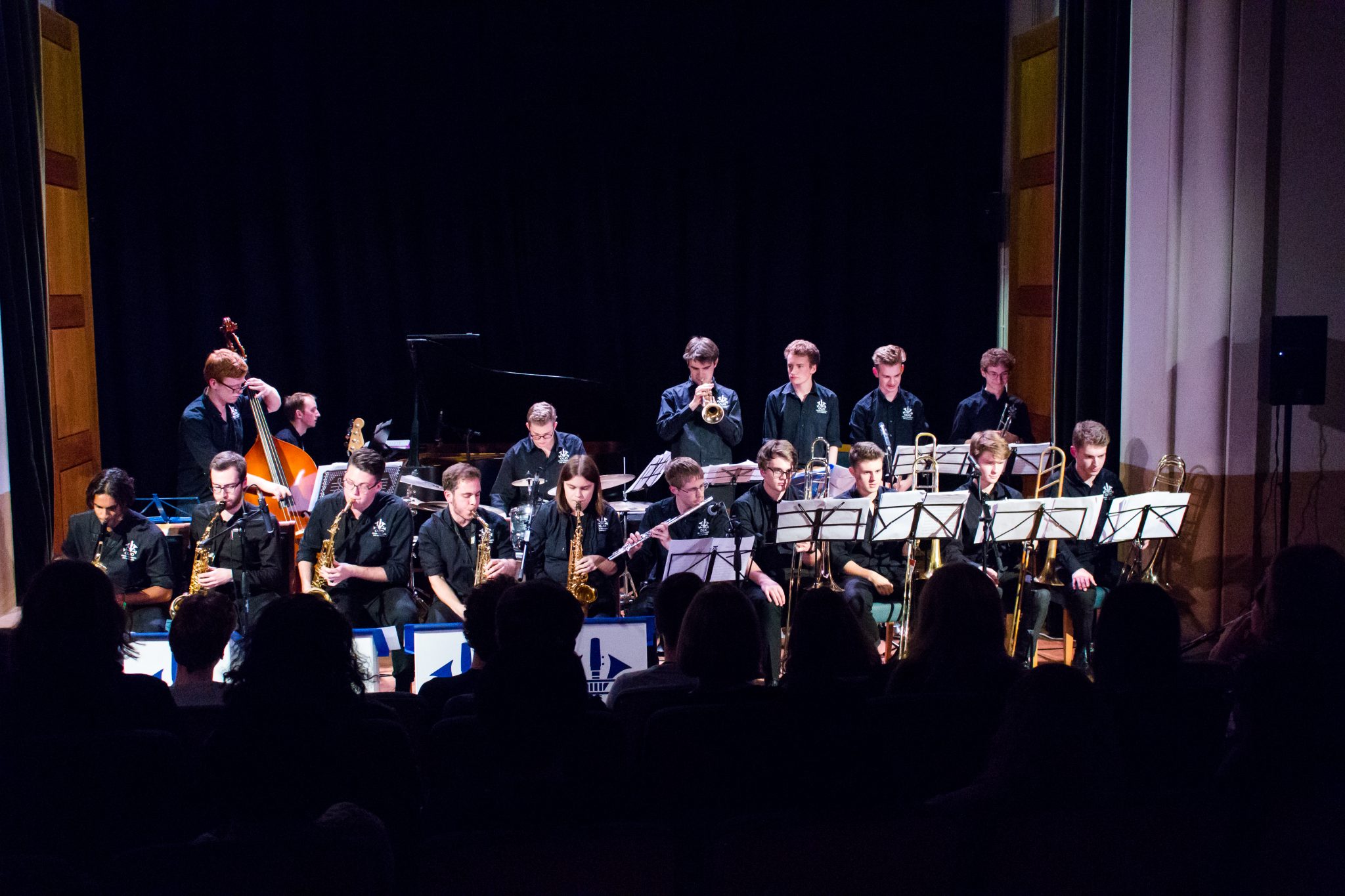 On the 17th November, the ‘Jazz-off’ between the Oxford University Jazz Orchestra (OUJO), and the Cambridge University Jazz (CUJO), was less about shoeing the Tabs in a battle of the bands, as it was a relaxed, friendly showcase of each band’s jazz chops. Both bands treated us to a tour de force of big band jazz standards, as well as perhaps unexpected re-imaginings of contemporary tunes.

Opening the night were CUJO, whom we sincerely hope didn’t have to take the X5 to get here. They mesmerised us with a mix of contemporary and classic tunes. Impressively, a number of these were arranged by current or past members of the ensemble. Understandably, there were some concert nerves, as OUJO certainly had the home advantage, but the band found its feet. The ensemble was held together by a tight rhythm section, a well-disciplined saxophone section, and a particularly strong brass section. The highlight of CUJO’s performance was an original arrangement of ‘Feeling Good’, as originally made famous by Nina Simone. This usually sultry tune was revitalised by CUJO’s crisp, foot-tapping, and funky reimagining, with an excellent vocal performance by Fenja Akinde-Hummel.

In our view, we would have liked to have heard more of the classics, as this was really where the band grabbed us. We have no doubt that the ensemble was talented enough to carry the big tunes with finesse and charisma.

In the second half, OUJO did not so much come onto the stage, as they exploded onto it. The home team produced an enthralling wall of sound, whilst maintaining and excellent balance and blend between its rhythm, saxophone, and horn sections. The band exuded confidence, and were clearly having a fantastic time entertaining us with a riotous selection of our favourite big band standards. Our personal highlight was a frenetic and technically very impressive rendition of Dizzy Gillespie’s ‘A Night in Tunisia’. It was hard not to be taken in by the band’s infectious sense of fun as they wowed us with a performance they were clearly relishing.

The home team owned the fact they were a big band

We were also treated to some outstanding vocal performances by Olivia Williams and Jack Gee, culminating in an unexpected yet wonderfully effective rendition of ‘Wonderwall’.  Who knew Oasis could translate so well into jazz?

It will come as no surprise that we thought, in this ‘jazz-off’, that OUJO had the edge. The home team owned the fact that they were a big band, with a combination of their confidence, excellent musicianship, and strong solo performances. The laid-back, friendly nature of the event, however, makes it seem almost unfair to pick a winner, and the real take-away of the evening was the impressive excellence of both ensembles.

The Oxford-Cambridge ‘Jazz-off’ really was an enthralling evening of entertainment, that captured the energy of both ensembles’ repertoires – not one to miss. OUJO lived up to their impressive reputation, and it goes without saying that we’d recommend looking out for future performances, whether at venues around the city, or a College Ball near you.