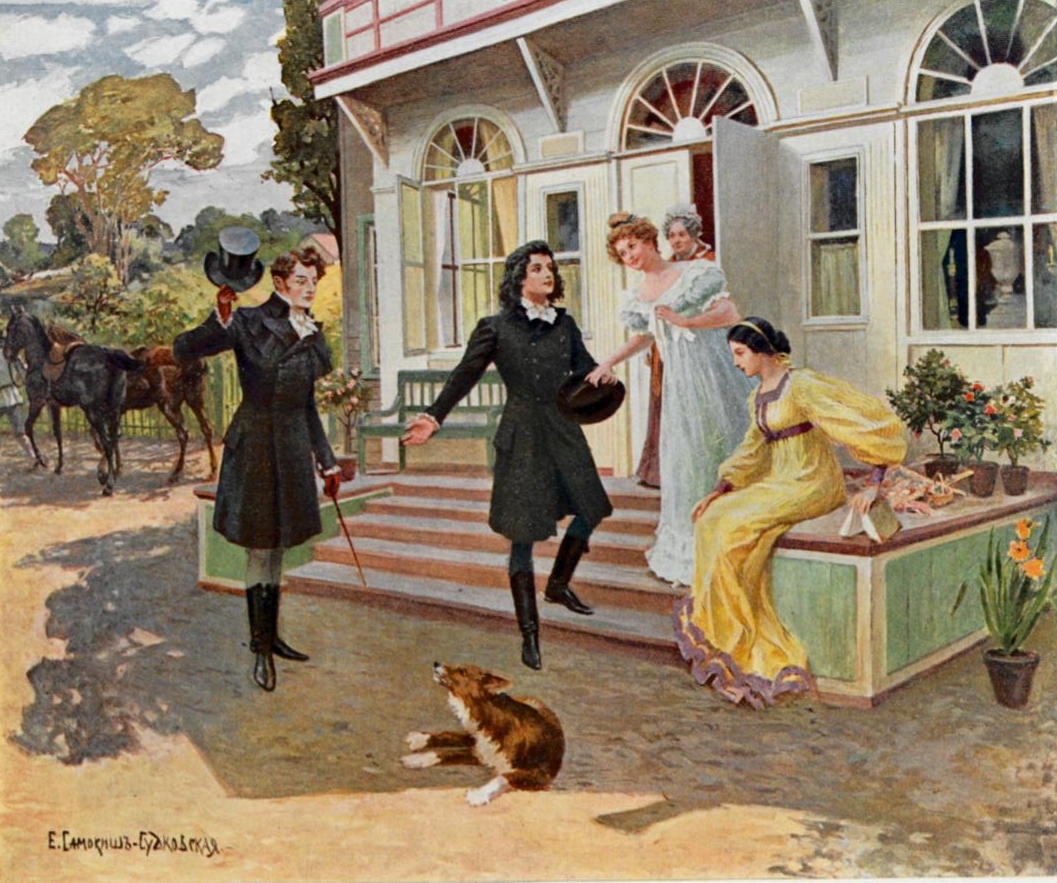 The world of opera is in mourning. It has just lost one of its titans, one of its most beautiful voices – the voice that belonged to Dmitry Hvorostovsky. For decades, the Siberian-born baritone had reigned supreme as the authoritative interpreter of Tchaikovsky, and the news of his passing has left operagoers searching desperately for a ghost of his voice. As the curtain rose on Welsh National Theatre’s Eugene Onegin just a few hours after Hvorostovsky’s memorial service at the Tchaikovsky’s Concert Hall in Moscow, the performance inevitably became an occasion of remembrance.

The Tchaikovsky’s masterpiece takes most of its libretto straight from Pushkin’s ‘novel in verses’. The young heroine, Tatyana, was passing her time in the idyllic countryside of Russia reading and dreaming of romance when she met her new neighbour, Eugene Onegin, fresh from the fashionable society of St Petersburg with his dazzling cosmopolitan charm. Needless to say, she fell immediately in love with him – one could say she fell in love with him even before they actually met — and poured her heart out to him in a fervent letter. The dandified Onegin, having no interest in the domestic life, turned her down. He then went on to kill his friend, the dreamy poet Lensky, in a duel and, haunted by guilt, left the countryside. Years later Onegin saw Tatyana again in St Petersburg. She had married an older war hero, Prince Gremin, and traded her former innocence for a new air of grace and serenity admired by everyone in the society. Onegin, on the other hand, became wearied of sport and began to yearn for the peaceful life he had once disdained. The passionate music which accompanied Tatyana as she wrote her letter in her youth resounded, but this time it was Onegin who fell irresistibly in love with her. Curiously, while its source is lathered with dry humour and satire, the opera embodies the very thing Pushkin sneers at; in setting the words to music, Tchaikovsky somehow turns Pushkin’s mockery into a psychologically true portrayal of love.

Under the baton of Ainārs Rubiķis, Tchaikovsky’s score was alluring, if slightly hastened at times. It was as if the conductor was trying to compensate for the time lost in the awkward scene changes which seemed to interrupt the flow of the drama every fifteen minutes. However, this did not hinder Natalya Romaniw’s exquisite interpretation of Tatyana. She seemed to have the gift of conveying complex emotional dimension with her opulent yet delicate timbre. Her letter scene, fragile and full of passion, was the highlight of the night. Her idiomatic phrasing and clear diction also complemented her lustrous voice and acting. One could hear and feel the emotional roller-coaster she went through from ‘Vezde, vezde, on predo mnoi…’ (everywhere, everywhere he is in front of me) as she set to write her first draft to ‘Kto ty, moi angel li khranitel…’ (who are you, my guardian angel…) with which she began the final draft, trusting her honour in his hand. And there was a breath-taking moment in the final scene when she dropped her duty and let herself confess her continued love. Her sincerity was true to Tchaikovsky’s psychological realism and rendered the performance as a compelling portrait of unrequited love.

Jason Bridges sung a heartbreaking ‘Kuda, kuda…’ He was also blissfully in love in ‘Ya lyublyu vas…’ and the Onegin – Lensky duet before the duel in Act II was extremely intense and kept me on the edge of my seat throughout. Miklós Sebestyén’s Prince Gremin moved everyone in the house with his exceptionally warm ‘Lyubvi vse…’ Liuba Sokolova was also absolutely delightful as Tatyana’s aging nurse, Filippyevna.

Nicholas Lester in the role of Onegin obviously had the most demanding task of the night, and he handled it with grace. His voice was occasionally drowned by the orchestra, but had such beauty and richness when he managed to project it through. His Onegin was no Casanova, however. He was already more brooding than bored when he first appeared and, later in Act I, he gave the impression that the rejection was as difficult for Onegin as it was for Tatyana. While that endowed his Onegin with some sort of nobility and genuine kindness, it undermined the effect of Act III where it should have been more painfully clear how love had shattered his pride. As I left the theatre that night I found myself longing more than ever for Hvorostovsky’s effortless artistry and charm as I realised the gaping void he left behind would never be filled.