Researchers at Oxford University have been radio carbon testing a bone fragment that has been alleged to be from St Nicholas – the historic Christian Saint that provided the inspiration for Father Christmas.

Whilst the tests have not confirmed that the bone is from St Nicholas, who is believed to have died around 343AD, it has been dated to his time period.

The tests were conducted on a pelvis bone fragment by researchers at Oxford Relics Cluster at Keble College’s Advanced Studies Centre.

The crypt of the Basilica di San Nicola in Bari, Italy has held relics of St Nicholas since the 11th century. It is said that the saint’s remains were transported there by a group of Italian merchants after his death in Myra following persecution from Emperor Diocletian.

Many other relics have also been claimed to be bones from the saintly figure, including bones in a collection housed in a Venice church.

“Many relics that we study turn out to date to a period somewhat later than the historic attestation would suggest,” says Prof Tom Higham, co-director of the centre working with the bone fragment. “This bone fragment, in contrast, suggests that we could possibly be looking at remains from St Nicholas himself.”

Dr Georges Kazan, the other co-director of the centre, said: “These results encourage us to now turn to the Bari and Venice relics to attempt to show that the bone remains are from the same individual. We can do this using ancient palaeogenomics, or DNA testing. It is exciting to think that these relics, which date from such an ancient time, could in fact be genuine.” 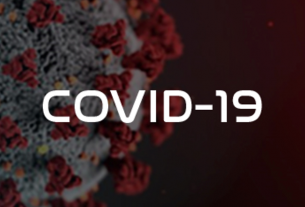