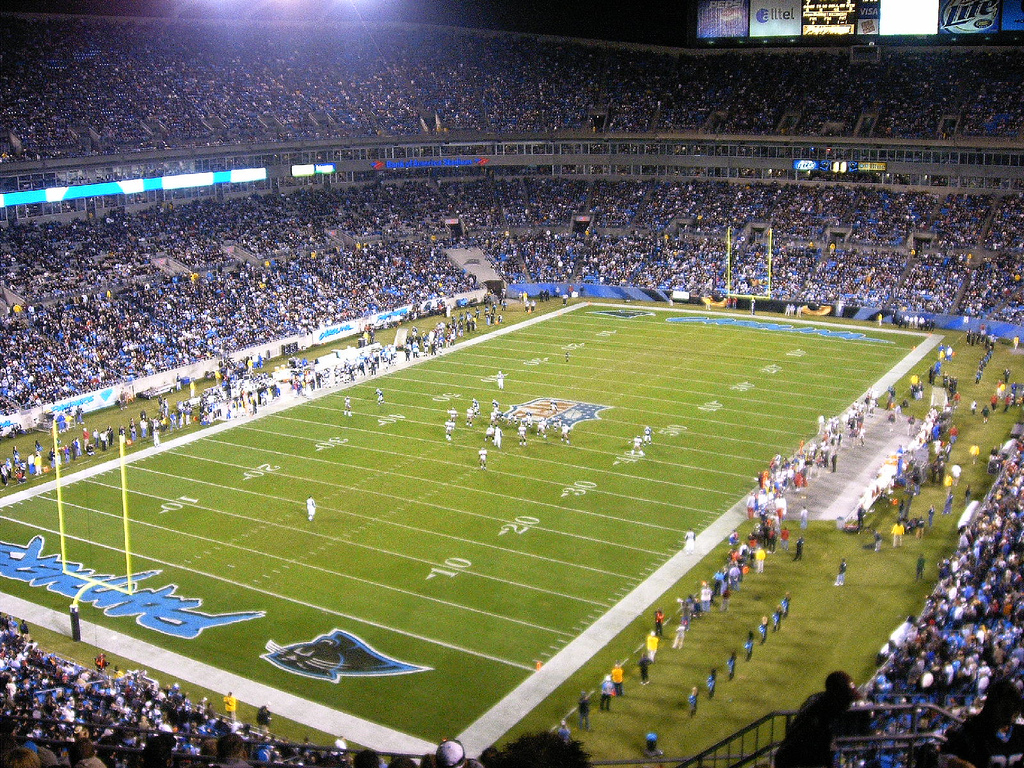 In downtown Charlotte there lies a giant concrete building which towers over the surrounding area. This monolith, sometimes referred to as the ‘Big Blue Cathedral’, lies empty for most of the year.  However, during the winter months, it welcomes a Sunday congregation in the tens of thousands that comes to shout exaltations to its gods. This is the Bank of America Stadium where the Carolina Panthers play and, in much of the US, the NFL is very much like a religion.

Whilst sports fans all over the world show immense passion for, and dedication to, their teams, the NFL teams seem to hold a near-unique position in the hearts and lives of their fans.  Part of the devotion is likely to be due to the limited number of teams compared to other global sports. There are ninety-two teams in the English Football League, let alone in other leagues around the world, compared to just thirty-two teams in a country with a population of over three-hundred million, not to mention fans overseas. But even that cannot fully account for the place the NFL has in many people’s lives.

Take the Packers; they are based in the small city of Green Bay Wisconsin which has a population of a little over one-hundred-thousand in a marginally rural state and yet the waiting time for a Packers’ season ticket currently stands at a little over thirty years. It is not surprising then that many new parents in and around Green Bay stop off on their way back from the maternity ward to register their child for a season ticket. So how has the NFL managed to embed itself as such a crucial part of American life?

Much of it stems from the idea of a reciprocal loyalty. The team means everything for the fans, and they expect the team to respond in kind. Such vague drivel can easily seem superficial, and much of it is, but in one way the players and fans are united; winning is everything. Players are expected to play through injury and distraction to this end and those who fail to do so are routinely criticised and ridiculed. After all, loyalty demands loyalty.

It was therefore highly surprising to say the least when, a few weeks ago, the Carolina Panthers owner Jerry Richardson fired the team’s then manager Dave Gettleman after four years in charge. Whilst no official reason has, or is likely to be, released, speculation has largely focused on Gettleman’s handling of veteran players such as Greg Olsen and Thomas Davis who were both looking for contract extensions over the summer.  Undoubtedly both Olsen and Davis are excellent players and it is hard to argue that handing contract extensions to players in their early- to mid- thirties with years left in their contracts is not in the interest of winning.   It is therefore Ironic that Gettleman seems to have been fired for prioritising winning over loyalty.

Whilst the Olsen and Davis contracts appear to be the straw that broke the camel’s back it cannot be denied that his four-year tenure with the Panthers has been filled with clashes with star players which have also been loaded with success.  When Gettleman took over the manager role with the Panthers four seasons ago, he took over a team coming off a third consecutive losing season with limited money to spend. The NFL is what is known as a hard-cap league.  This means that each team has exactly the same amount of money to spend on players’ wages for that season.  Because a number of historic bad contracts had put the Panthers very close to their spending limit and, in order to create some more space to operate, Gettleman saw it necessary to release several fan-favourite players who were coming to the end of their respective careers.

Gettleman is certainly not alone in taking such a seemingly uncaring approach to player management. In fact, some of the most successful managers in sports over the past twenty years have taken such an approach. There is possibly no better example of this than Sir Alex Ferguson.

As a manager, Ferguson will be remembered as a multi-faceted because of his ability to identify talent, to maximise it inside of a system and to recognise when to let it go.  David Beckham is a prime example of this.  Beckham came up through Tottenham’s youth system before being signed to Ferguson’s Manchester United at the age of sixteen. Over the next twelve years he would go on to make over two-hundred-and-fifty appearances for United, winning thirteen trophies including six Premier League titles. And yet, at the height of his prime, Ferguson sold Beckham to fellow European giant Real Madrid for a relatively modest fee.

Whilst Beckham was clearly a very good player, Ferguson reportedly came to the opinion that his ego was affecting his performance and was detrimental to the success of the team.  Beckham is not the only example of Ferguson’s management style.  Cristiano Ronaldo, Jaap Stam and Ruud van Nistelroy were all star players in their own right but were let go by Ferguson when he believed their estimation of their own value exceed their actual value.

Of course, Ferguson didn’t undertake these decisions without facing criticism from fans and the media.  However, he was always able to withstand it due to one unwavering factor:  he won trophies. During his tenure at Manchester United, Ferguson won thirty-eight trophies including thirteen Premier Leagues. A record like that makes you all-but untouchable.

There is even an example of such a management style being successful in the NFL:  Bill Belichick. Belichick had been the manager of the New England Patriots for seventeen years and during that time his team made the play-offs fourteen times, had been to the Superbowl seven times and won it five times.   Throughout he had been all too willing to move on from players who he believed had an over-inflated value their worth.

Just this season, he traded star linebacker Jamie Collins to the Cleveland Browns in return for petty change after it became clear that Collins was going to demand a boost in wages when his contract ran out after the season. He has also allowed star players such as Revis and Talib to walk in free agency after they demanded wages he viewed as unreasonable. These are the kinds of moves that reportedly got Gettleman fired and allowed Belichick to get away with and this is because Belichick won Superbowls.

Superficially It would seem that Gettleman’s firing was not due to his personnel decisions per say, but because he did not win often enough to allow him management independence.  Nothing could be further from the truth. Dave Gettleman’s four years as manager have been the most successful four-year span in the Panthers’ history. The team made the play-offs three of the four years and made it all the way to the Superbowl Fifty. Given that he did all of this with a team that hadn’t made the play-offs once in the five years preceding his arrival and that he managed to dramatically reduce spending so that he could resign a number of impending free agents only makes such feats more impressive.

It is therefore suggested that the reason why Gettleman was fired was not because of a failure to deliver success in terms of wins and losses on either a short- or long-term scale.  Rather, it was because his action appeared to damage the Panthers’ brand. It should not come as a shock that the NFL is really all about money (with a few noticeable exceptions), and that the loyalty between fans and players doesn’t often appear to extend to ownership. However, like the final confirmation that Father Christmas isn’t real it is no less disappointing because you already sort-of knew . 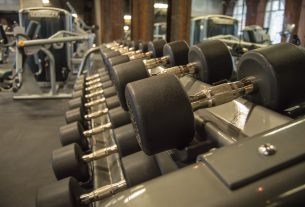 Student Gyms in Oxford: How to choose?