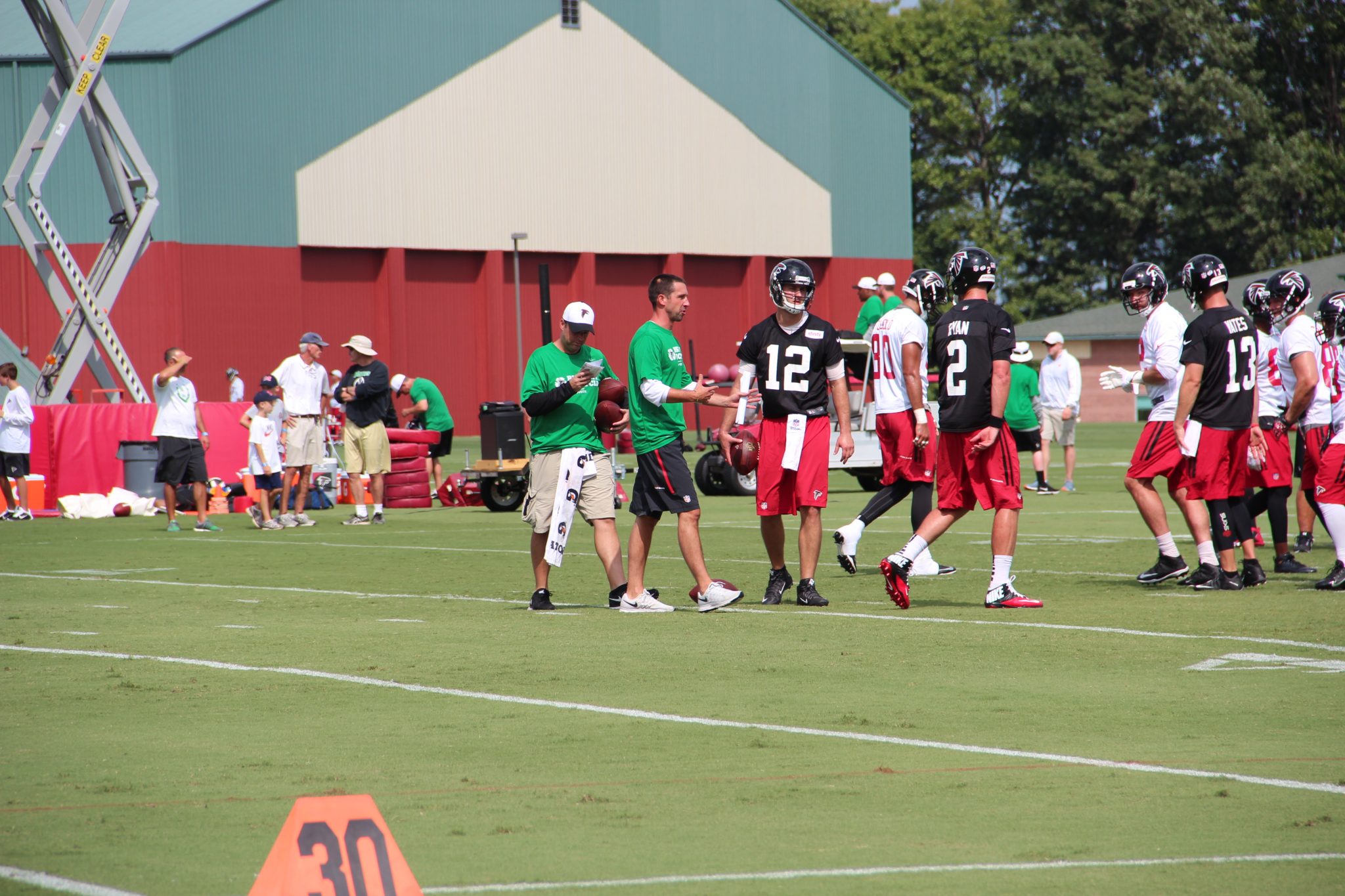 Evolution is a complicated process:  even though I am far from a biologist I can comprehend that much at least. At a basic level, it is a combination of a gradual refinement of existing characteristics as well as the occasional step-change brought about by a random genetic mutation. Conveniently enough, a similar principle of gradual development combined with leaps forward is applicable to not only biological evolution, but also to that of technology, academic theory and even sport.

As a general rule, evolution of sports comes in the form of increased quantification and rationalisation. Quantification occurs at some level in almost all sports; batting average in baseball, shooting percentage in basketball and metres made per attempt (or versions thereof) in rugby and American football. The area where some sports have separated themselves is in the derivation of statistics that go beyond the simple observables of X and Y.

Baseball was the first to fully grasp such statistics, likely because it is by far the most suited to them. What Bill James and baseball analytics achieved was the ability to convey a player’s complete value-added in terms of one single number, to a very high degree of accuracy. This number is called WAR, or wins above replacement, and it is in effect the number of extra wins that a player’s team achieves beyond that which they would have achieved should that player be replaced by a merely average one. The advantage of a statistic phrased in this way is that it accounts for position variability.  This means that the abilities that allow an athlete to play a certain position effectively might inhibit their batting ability. But what makes baseball so suited to such a calculation?

Simply put, it’s that baseball is a very simple game. Every pitch has three basic outcomes: ball, strike or hit ball. If the ball is hit then it can either be a foul ball, a fly-out, a ground-out, a fielding error or a hit. A hit or error can lead to a single, double, triple or home run with there being further variability in terms of what happens to any potential baserunners. Whilst this might sound reasonably complicated, it is in fact an extremely limited number of exact outcomes. Because of this, the performance of a player can be exactly charted as a result of exact, tangible results. If one looks at a sport such as soccer (or proper football) then it is evidently clear that such a mathematical logging of results isn’t possible. Every time a player gets the ball, the potential outcomes are near-infinite.

This is especially true in low-scoring, short-seasoned games where probabilistic variation leads to a greater range of potential outcomes. There are over two-thousand-four-hundred games in the MLB season, and historical data suggests that a little over ten percent of them are decided by one run. Whereas, by contrast, around half of all games in the NFL last year were decided by six points or less, the most that can be scored in one play. With that in mind, it would be hard to make any evaluations based purely on imperfect analytics as the error margin is simply too high. Instead, for the time being, the NFL must look to evolve through rationalisation as quantification remains elusive.

Rationalisation fundamentally lies in a fuzzy area; it aims to be precise yet by definition is imprecise. Trying to separate causation from mere correlation is a near constant issue; what is due to coaching and what is due to players is just the start. There are few if any independent variables and data sets are all typically very small. All these seem very coherent, sensible reasons to disregard rationalisation in sports but there is one very good reason why many sports teams are thinking in this way: it seems to work.

Of course, it doesn’t work in every case, and there is a lengthy argument to be had about when to use rationalisations in sport and which ones to use.  There is, however, enough incentive for teams to continue to explore the potential applications. In baseball, the use of shifts to counter certain hitters in certain situations has become commonplace. Whilst heavily data driven, it still requires the (admittedly simple) logical progression to shift defenders to one side of the field to another based on where a given hitter most often hits the ball. This might seem like an obvious extrapolation of the data, and frankly it really should be, but sports teams are often slow to accept chance and arguably none are worse than those in the NFL.

A prime example of this is what action teams choose to take on fourth downs. For those unfamiliar with the NFL, fourth down is the last chance a team has to pick up the ten yards required to get a new set of downs; a fresh start as it were. Historically, teams have looked to either kick a field goal or punt the ball away in order to pin the opposition back inside their own territory. However, in recent years, data-driven research has indicated that in many cases the fourth down should be seen as simply another opportunity to pick up that new set of downs.

There are exceptions to this: times when the field goal makes more sense due to the distance required or when a punt is advisable due to the risk of turning the ball over close to your own endzone.  There is undeniable value in such data when used correctly.  However, when the Carolina Panthers’ Head Coach Ron Rivera started acting according to this data (albeit highly cautiously) he was considered a risk-taker and dubbed “Riverboat Ron” after the Riverboat gamblers of the Mississippi River.

Since Rivera made this change to his philosophy in 2013, and had huge success doing so, many other teams around the NFL have slowly adopted it. Despite this, there remains in some people a distinct distrust of such rationalisations. When the Tampa Bay Buccaneers played the Denver Broncos last season the Buccaneers were down 27-7 with six minutes to go and they were faced with a 4th down and 7 around midfield. They punted. This is not the decision of a team that wants to win the game.

But Dirk Koetter, the Buccaneers Head Coach, insisted that he believed his decision gave his team the best chance to win, despite all the evidence against such a notion. While it would be easy to brand Koetter an idiot and simply move on, his decision is indicative of a wider distrust in analytics, regardless of evidence. This is not to say that NFL ‘thinkers’ are immune to any evidence, but that the interest in nuance or subtle differences is largely minimal.

What this means is that while a team that goes for it on shorter fourth downs will win more games, given the small sample sizes and limited impact on the game, it is highly unlikely to be the difference between a successful and unsuccessful team, and as such it is easy to ignore. For the rest of the NFL to take notice, it would require a piece of inescapable evidence; something that seems to be on the verge of happening.

Having revolutionised college offenses whilst the Head Coach at the University of Oregon, Chip Kelly’s transition to the NFL was the first piece of undeniable evidence that such an approach could be successful. Unfortunately, after two successful seasons with the Eagles, Kelly made the bold transition to taking over as manager as well as coach, a job he proved to be largely incompetent at. After a year highlighted by trading away fan-favourites LeShaun McCoy and Nick Foles, Kelly was fired and the experiment with analytics largely decried as a failure.

Although Kelly did coach for one season in San Francisco, he failed to prevent that ship from sinking and is currently out of a job. Yet while Kelly’s charge to be the, albeit-flawed, champion for analytics fell short, others have started to follow in his place. The Cleveland Browns’ management have made no attempt to hide their acceptance of analytics from a management point of view and Kyle Shanahan, the former Falcons’ Offensive Co-Ordinator, is currently in his first season as the Head Coach of the 49ers.

It is probably not surprising that the two teams who have done the most to embrace analytics are the two with the least to lose and the most to gain. The Browns and the 49ers are arguably the worst two teams in football. Both teams lack talent at a number of key positions and are in the midst of long-term rebuilds. This probably means that it will be the best part of half a decade before analytics will be given a fair shot at proving itself at an NFL level.

If ownership are willing to show such patience, then there should be real hope that Kyle Shanahan’s blend of traditional offensive logic and analytics touches can have real success at the NFL level. What must be avoided, however, is what has happened to the New England Patriots under Bill Belichick.

Belichick and his staff have embraced many analytic suggestions, such as the use of running backs in the passing game, yet the Patriots fifteen year dominance of the NFL has gone without significant recognition of this. The same is true with the transformation of Alex Smith in Kansas City’s analytically favoured offense. In a league dominated by star players, it is much easier to ascribe change to a player such as Brady or Smith than it is to scheme; something that fans largely don’t pay much attention to.

Shanahan is different though, not for what he does on the field but for what he does in the press room; he talks about scheme. Belichick and Reid have remained largely content to stay in the background whilst their players answer the questions, but Shanahan is younger, cockier, and wants to rub it in opponents’ faces just how smart he is. This means that it is hard to ignore what is scheme and what is not.

Just as strong evidence is what happened to Matt Ryan, the Falcons’ quarterback, during Shanahan’s tenure. For the first decade of his career, Ryan looked to be a slightly above-average player then suddenly looked to be among the NFL’s best; winning an MVP in the process. Now, without Shanahan, he suddenly looks like good old Matt Ryan again. By moving on, Shanahan has allowed Ryan to demonstrate just how important scheme is.

It might not be now, but the tide of analytics does look to be coming in. However, given the NFL’s penchant for recycling mediocre coaches, it is important that when more thoughtful coaches do get a chance that they make the most of it. This movement is a lot bigger than Shanahan but, right now, he is the bright guiding light; and boy is he needed. 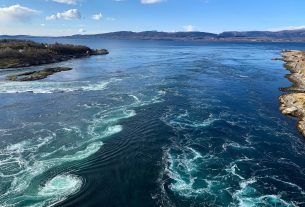 An ode to Wenger: In praise of English football’s ‘prophet in the wilderness’