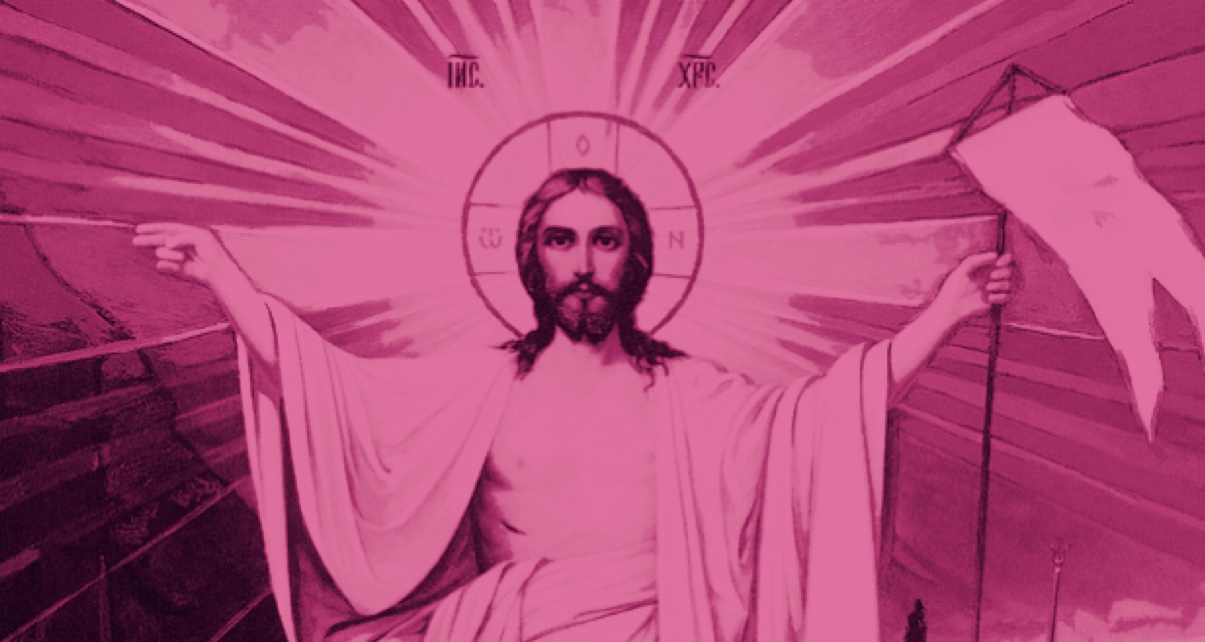 Jesus Walks (down the runway)

The fairy lights might have been turned off today, the tree taken down, and all nativities and their tiny wooden baby Jesuses packed away in the attic for another year, but, rejoice! (if you want to) because this year the Metropolitan Museum of Art has chosen the theme “Heavenly Bodies: Fashion and the Catholic Imagination” for the Met Gala. So, if angels and crucifixes are your thing, praise be to Anna Wintour and Andrew Bolton.

The exhibition, which opens 8th May, is intended to develop an understanding of the creative link between the clothes which grace the runway and the items (and ideology) which inspired them. Hence, religious artefacts and couture are being displayed alongside each other.

According to the Met’s website this is meant to: ‘situate these designs within the broader context of religious artistic production to analyze their connection to the historiography of material Christianity and their contribution to the perceptual construction of the Catholic imagination’.

As Andrew Bolton, the curator in chief of the Costume Institute at the Met, explained: “the focus is on a shared hypothesis about what we call the Catholic imagination and the way it has engaged artists and designers and shaped their approach to creativity, as opposed to any kind of theology or sociology. Beauty has often been a bridge between believers and unbelievers”.

“Beauty has often been a bridge between believers and unbelievers”

For instance, a Balenciaga wedding dress will be shown in the chapel in the Cloisters next to an oversized crucifix, and parallels will be drawn between the Met’s Byzantine art collection and a dress from Dolce & Gabanna’s a/w 2013 show. Although because some of the 50 ecclesiastical garments on loan from the Vatican (actually, more specifically from the Sistine Chapel Sacristy Office for the Liturgical Celebrations of the Supreme Pontiff) are all still used by the Church they will be set apart from the other exhibits out of respect.

Bolton has also said that he has met with various Catholic representatives, such as Cardinal T.M. Dolan (the archbishop of New York) to discuss the use of such religious artefacts as part of a fashion exhibition, and to ensure that it remains considerate of people’s beliefs.

However, fashion and religion has been entwined for eons and designers have been inspired by Catholic religious iconography and symbolism for years.

Versace’s designs from the early 1990s featured crosses and iconographic images of the Virgin and Child, as well as elements inspired by the opulent Byzantine mosaics in Ravenna. John Galliano’s show for Dior’s a/w 2001 collection was opened and closed by a cleric wearing an embroidered gown. Jean Paul Gaultier’s s/s 2007 couture show featured stained-glass windows, milagros, and garments which alluded to clerical vestments.

As part of their a/w 2010 collection, Dolce & Gabbana sent models down the runway swathed in red with gold and silver ex-voto-style belts. For a/w 2012 they created a black cloak with golden floral embroidery which mimicked the traditional dress donned by statues of Our Lady of Sorrows. And their a/w 2013 women’s collection featured embroidered red and gold dresses based upon the mosaics in Sicily’s Cathedral of Monreale. These dresses were accessorized with golden crowns, cross earrings and branded rosary beads worn as necklaces. They also named a bag after Agata, the Patron Saint of Catania. For their menswear collection of the same year they showed tops printed with images of saints, lace jackets akin to sacramental linens, as well as shirts patterned with pictures of priests on bicycles, and scarves that were reminiscent of stoles.

Chanel’s a/w 2011 collection by Karl Lagerfeld featured designs based upon the mosaics in the Basilica of Sant’Apollinare Nuovo. And Sarah Burton presented a punk reimagining of Pope, nuns and cardinals for her a/w 2013 collection for Alexander McQueen.

Tisci is known for referencing Catholicism in his work, and for his s/s 2013 menswear collection for Givenchy used a number of religious paintings of the Virgin Mary, such as ‘The Seated Madonna’, ‘The Madonna of the Lilies’ and ‘Pieta’ by William Adolphe Bouguereau as his inspiration. Thom Brown’s a/w 2014 collection also made reference to Christian symbolism, with models walking down the runway with their hair coiffed into halos and in veils. In 2017 Christopher Kane created sweatshirts printed with his school’s patron saint, Thérèse of Lisieux.

Jeremy Scott also used religious imagery in 2017 to “challeng[e] the status quo by pointing out how the commercialism of fashion often seems to resemble an organized religion”. A case in point, Karl Lagerfeld  declared himself a “fashion missionary” in the 2013 documentary ‘Mode Als Religion’ (Fashion as Religion).

It is also worth noting that in this there is a beautiful moment when he talked about which Pope he considered to be the most fashionable (Pope Pius XII, apparently).