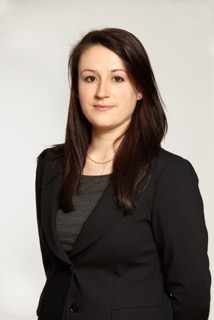 It is currently estimated that over 56 billion animals are slaughtered every year for human consumption (excluding fish and sea creatures), leading to 32,000 million tons of CO2 emissions. This equates to 14.5% of the world’s total greenhouse gas emissions, which is more than the combined exhaust emissions from all modes of transport. Additionally, if current research is to be believed, the overuse of antibiotics in farm animals is increasing the antibiotic resistance seen in humans. It therefore seems plausible that in the not too distant future this industry could have serious consequences for human health and wellbeing. However, the problems related to animal agriculture do not seem to have captured the public’s imagination in the same way as, let’s say, renewable energy or electric cars. These prospective dangers are not only ignored by the majority of the public, but also, more significantly, by investors, who have consistently overlooked the financial risks of animal agriculture as well as the potential opportunity.

Fortunately, former Oxford student Rosie Wardle recognised one potential opportunity, and in December 2015, oversaw the launch of FAIRR (Farm Animal Investment Risk and Return), a unique initiative aimed at putting factory farming on the Environmental, Social and Governance (ESG) agenda. FAIRR has already achieved considerable success, so I decided to meet Rosie at her office in Oxford Street, London, to discuss both FAIRR, and the food tech revolution that the initiative is helping to nurture.

I began by asking Rosie how she initially became involved with the FAIRR. ‘I’ve always had a long-term interest in animal rights. I grew up in Yorkshire and remember seeing the mounds of piled up animals from the 2001 foot and mouth outbreak. I think it was from that point I developed an awareness of farmed animals and the processes behind the industry.’ However, Rosie went on to study German and Linguistics at Oxford, before completing a Master’s in the History of Art at the Courtauld Institute; her first career seemingly worlds away from the path that she is currently following. ‘I first went to work in art research and then to the Ben Uri Museum, but after learning more and more about industrial animal agriculture and the realities of it, I just wanted to figure out a way I could get involved as a career.’ Rosie’s passion for animal rights and the skills she had gained from working in museum development did equip her with the abilities she required, although her involvement with FAIRR came about almost by chance. ‘I was lucky because as I was thinking of a career change into anything involving animal rights, and it just so happened that Jeremy Coller was thinking about doing something specific with his foundation, so I found out about the opportunity at the right time.’ Jeremy Coller, a passionate vegetarian, whose private equity firm is responsible for managing over 21 billion dollars, launched the Jeremy Coller Foundation in 2002, with an emphasis on strategic grant making. It was from this platform that FAIRR was launched in December 2015. ‘Jeremy is extremely passionate about animal rights, and with his support we’ve managed to achieve so much in such a short space of time.’

Rosie joined FAIRR initially to research the most effective groups who were working on issues related to farmed animals, with a view to grant making and supporting effective programmes. However, ‘it soon became apparent that all the links to sustainability issues, including climate and emissions, resource use, labour rights and animal welfare, were being considered by investors, yet no link was being made with animal agriculture. When looking at climate risk, investors only seemed to consider fossil fuels, so there was space to raise these issues with investors and to help change the current food system’.

‘When looking at climate risk, investors only seemed to consider fossil fuels, so there was space to raise these issues with investors and to help change the current food system.’

FAIRR was established as an initiative intended to brief investors and the wider investment community and then use the increased level of awareness to mobilise investors to tackle the issue of factory farming. I asked Rosie about FAIRR’s approach and how it had developed, as well as the impact that Jeremy Coller has had personally on the endeavour. ‘FAIRR is unique in that its sole focus is on animal agriculture and identifying the risks and opportunities involved. Very early on the link with investors became apparent and we thought, how can we use the tools at our disposal to influence a change?’ The influence that Jeremy Coller has had is evidently enormous, ‘with his help we managed to get off to such a quick start, thanks to his influence and track record with investing it’s clear that if he says “I believe this to be a risk”, then other investors will sit up and listen.’

FAIRR’s message has proved appealing to investors, and the initiative has already gained considerable momentum in a very short space of time. ‘We’ve been pleasantly surprised with the amount of traction that we’ve achieved from very early on with the investment community. What we’ve managed to do with the FAIRR initiative is sign investors up to agree that the issues surrounding animal agriculture are financially material, and we now have a large investor network who manage around $4 trillion dollars, including Aviva Investors, Cornerstone Capital and Robeco Asset Management.’ This level of support represents a significant statement on the part of some of the world’s leading investors, and FAIRR has managed to achieve this in only two years. ‘Getting investors to consider this issue material is a big achievement. The nature of involvement differs from investor to investor, but the intention is clear, some investors now completely screen out factory farms, with others committing to improving practices. We want to be a broad church, getting as many investors involved and thinking about the issue as possible, we’ve achieved all this in such a short space of time and with a very small, but ever expanding, team.’ 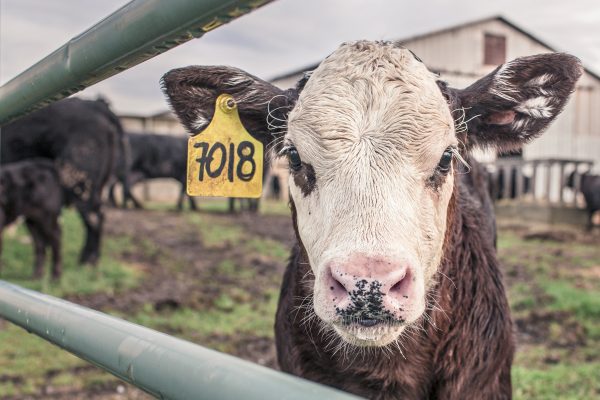 I asked Rosie if she thought there was a wilful ignorance regarding the subject of factory farming. ‘Well, possibly, but it is an incredibly complex and multi-faceted issue, and before us, it seems like there was no one there to distil it for investors. We have to clearly identify risk and opportunity and make these issues material for them.’ The effects of animal livestock production on global warming are also undeniable, and the problem is only increasing. ‘We need to address livestock to stay within the two-degree limit, yet it seems to still be an unspoken issue.’ Rosie admitted that over the next five years FAIRR would like to see intensive livestock farming recognised as a serious risk issue within the global investment community, similar to how investors have acknowledged the risks of fossil fuels. ‘We would also ideally like to be engaging with a broader group of global food companies to improve practices. Now that we have more people on our team, we are looking to expand and build out our focus areas. We’d like to focus further on animal welfare and other high profile issues such as labour rights in the supply chain.’

‘We need to address livestock to stay within the two-degree limit, yet it seems to still be an unspoken issue.’

What is fascinating about FAIRR’s methodology is that the initiative not only highlights the risks involved in animal agriculture, but also helps to identify opportunities. ‘Investors can be the real change in the food tech revolution, for example, companies and investors need to diversify their protein supply chains. Relying solely on animal proteins to feed the world now, and in the future, isn’t a resilient model. Because of all of the potential impacts, making a shift now future proofs their business and creates further opportunities for new products and companies.’

In addition to supporting FAIRR, Jeremy Coller personally invests in 15 food technology companies, which include businesses creating lab-grown, or ‘clean’, meat. ‘It sounds like a pipe dream, but actually, although there are a lot of obstacles, companies like ‘Memphis Meats’ say they could have an affordable product on the market by 2021. They’ve recently raised 17 million dollars in investment and when you look at the investors involved, individuals like Bill Gates and Richard Branson, and existing large meat companies like Cargill, it seems that there is real confidence and that this is likely to be the future for our food.’ Giving people another option, a product that doesn’t affect global temperatures and is safe and cheap to eat, is something that Rosie is passionate about. ‘You can do as much as you like to raise awareness of the risk, but if there’s no alternative, then what can people do?’

‘Investors can be the real change in the food tech revolution.’

Rosie attended St Hugh’s and fondly remembers her time at Oxford. ‘My course helped my strategic thinking and understanding, and my critical evaluation of large issues.’ However, the vegetarian food wasn’t quite up to standard during her time here. ‘No it wasn’t great, but apparently Oxford has the Vegetarian Norrington Table now, so it seems like it is improving.’

Finally, I was interested to know about the impact that working in the factory farming environment has had on Rosie. ‘I was so worried about working in this space, being confronted with the reality every day, and yes it is terrible, but, its actually made me much more hopeful that we might actually see an end to this in our lifetime. There is so much happening, there are so many people who are passionate about ending this and are working on really smart innovations.’

Danny Evans is an MSt student in Literature and Arts at Kellogg College. 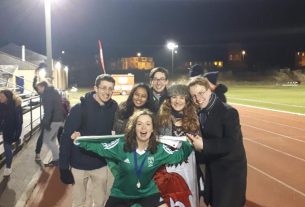 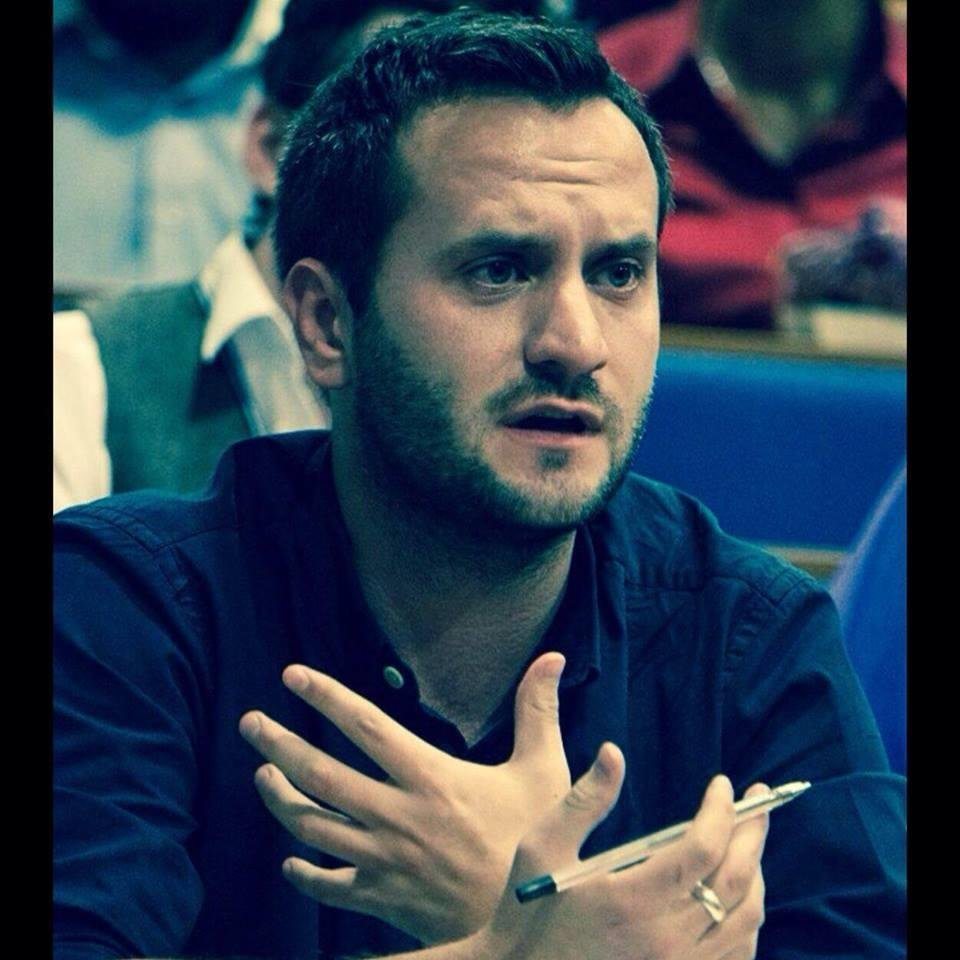 Paul Dillane and the plight of LGBT refugees

In Conversation: That Oxford Girl and its Student Ambassadors