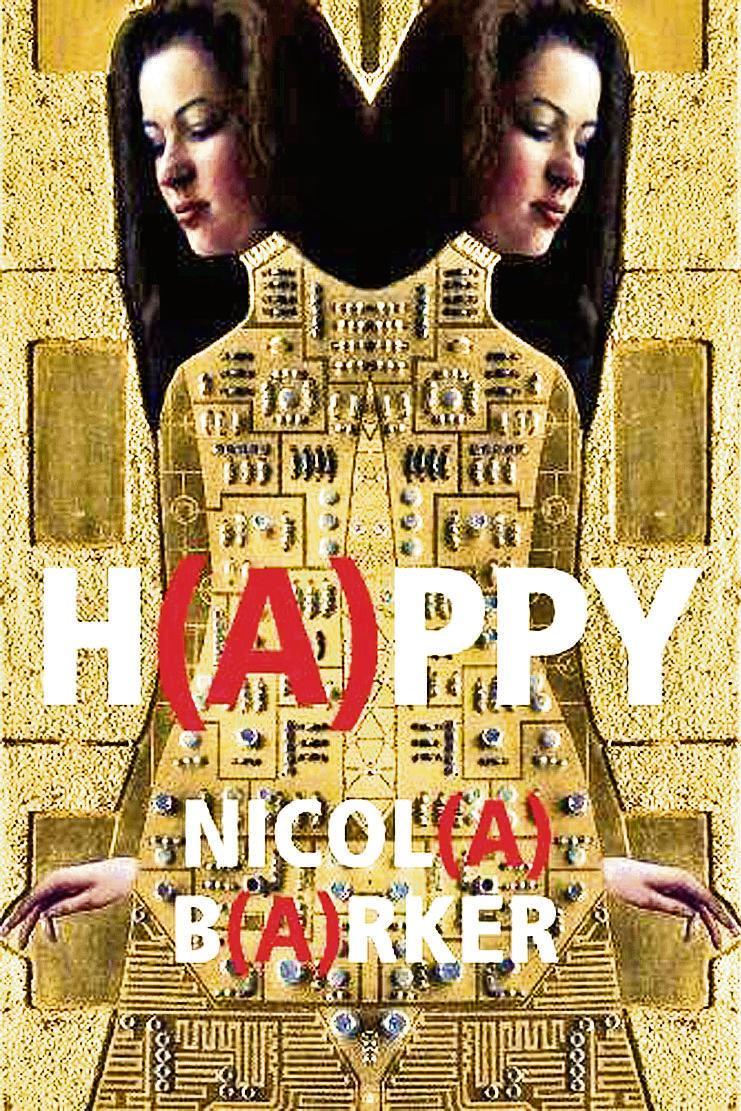 Language and music are perhaps not the first concerns when considering a post-apocalyptic world that teeters between utopia and dystopia, yet H(A)PPY revolves around these metaphysical concepts. Mira A, the protagonist of the novel, finds impossible tension between her own, individual existence, and her role as part of The System, a machine that connects all citizens’ thoughts, actions, and dreams into the universal Information Stream. At the heart of this conflict is Mira A’s use of language – that she is somehow unable to live in This Moment and not create a narrative from her thoughts – and obsession with music from the age of ‘the Floods and the Fires and the Plagues and the Death Cults’. Mira A cannot conform with the wishes of new age of The Young, which insists upon its members being In Balance, condemning excess of any emotion, the use of particularly sensitive language, large quantities of information, or anything other than living in the moment.

This may not make the novel seem possible to be particularly interesting. If the narrator is unable to express feeling, provide context, use particular words, or even deviate from The Graph (a recording of how In Balance an individual is which is available for the whole community to access), how can the writing be engaging in any sense? All the techniques used in order to develop an audience’s interest are missing. This atmosphere of stagnation, boredom, and a purity of which limits any purpose to life is immediately cultivated in the first few pages. Repetition of words such as ‘cooperative’, ‘whole’, ‘In Balance’, ‘calm’, ‘equilibrium’, ‘humble’, ‘satisfaction’ mimic the eerily positive and satisfied propaganda statements of North Korea.

But after this first introduction, the tension between Barker’s emphasis on non-written forms of expression – particularly colours and music – and Mira A’s written method of communication takes hold. It parodies the impossibility of Mira A’s genuine expression throughout the novel. Barker’s narrative cannot truly depict the sound of music or colour through solely words, just as Mira A cannot express her actual emotions through The Graph’s limitations. Barker exaggerates this tension, which frames the entire novel and questions the flawed nature of traditional narratives, through her own authorial intervention.

Typography, for example, is heavily used throughout the book, beginning with certain, particularly emotive words such as ‘darkness’, or ‘lies’, tinged pink, purple, or blue. The author’s note preceding the beginning of the novel suggests listening to Agustín Barrios whilst reading it. H(A)PPY, whilst touching on popular contemporary themes such as censorship, ‘fake news’, man and machine, equally considers more nuanced issues of narrative, perception, and the loss of the individual.

Yet echoing throughout this futuristic novel are these contemporary concerns which make H(A)PPY such an essential story to read. Worries of being able to access too much information, or unreliable information, provides a perfect excuse in Mira A’s world for censorship. Scepticism surrounding religious fanaticism is exploited to reduce divisions in the community – and to prevent any kind of alternative perspective. Desperation to remain In Balance, avoiding streams of thought, solely existing in the moment, despite a machine recording every thought perhaps parallels the raw vegan, smoothie-drinking yogis of Instagram who meticulously detail every day online.

H(A)PPY initially appears difficult to grasp, with writing as repetitive and boring as the character’s existence. But this gradually – and purposefully – blossoms into something far more complex, touching on ideas about the limitations of narrative, modern political anxieties, and issues of individualism. Just as these themes interact in the writing, the typography and form becomes more chaotic, testing the reader’s capacity to hold both the traditional introduction and alarming, unconventional conclusion in conjunction.

Barker, whose previous novels have been longlisted for the Man Booker Prize, continues to dazzle with H(A)PPY. Barker both isolates and targets the audience through mediating the novel’s themes through an equally familiar and alien environment and protagonist.