I have never checked, but it is a safe bet to assume that Virgin Trains do not sell copies of Poultry World, the global voice of egg enthusiasts and chicken experts. Annoyingly, they probably do not sell ‘The Gudgeon’ either, a newsletter from my hometown of Bradford on Avon, which includes regular updates from the local Women’s Institute and the annual ‘rubber duck race’. Are the voices of these special interest groups being quashed by corporate giants? Well, not exactly. Virgin Trains have not banned them so much as they have found no reason to stock them. But we might ask whether, if sufficient interest from passengers were to arise, Virgin Trains should be expected to stock, say, semi-violent pornography alongside their selection of daily newspapers?

In this case it would seem inappropriate to accuse Virgin Trains of heavy handed censorship for opting not to sell such material. Now, the Daily Mail is not morally equivalent to extreme pornography (some might want to argue it is worse; I think not). But the accusation of censorship and free-speech violation, following Virgin Trains’ now-revoked decision not to sell it, is wide off the mark. There is nothing unreasonable about a business deciding not to sell something it deems immoral – in this case, a newspaper that is ‘not compatible with the Virgin Trains brand and our beliefs’. Of course, if Richard Branson were campaigning for a law to be passed against the publishing and selling of the Daily Mail, we might do well to dust off our John Stuart Mill, quote Voltaire or talk about fires in crowded theatres. But in the case of what has actually happened, Virgin Trains should be free not to promote a message its owners disagree with.

What is more striking about the original proposal to stop selling the Daily Mail is just how strategically stupid it is. Whoever came up with the idea (Richard Branson claims that he knew nothing about it) has obviously learnt nothing about politics from the past two years. The ‘liberal elite’ has become a household name, with many ‘ordinary’ right-leaning people feeling like they are being lectured at, demeaned and made the butt of jokes by those at the top. This is, so to speak, the dark room in which ‘populism’ develops. Of all the major examples we could think of – Emily Thornberry’s ‘white van’ tweet, Hillary Clinton calling Trump’s followers a ‘basket of deplorables’ – nothing quite says ‘liberal elite’ like a multinational organisation, owned by one of Britain’s wealthiest individuals, attempting to civilise the masses by restricting their access to the country’s most popular newspaper.

What is more striking about the original proposal to stop selling the Daily Mail is just how strategically stupid it is.

The Daily Mail ban is symptomatic of a more widespread naivety and bleak pessimism about human nature at work in our culture. In terms of naivety, it overlooks the widely observed fact that banning things tends to make people want them more, not less. As for pessimism, it betrays a loss of confidence in the power of persuasion and the possibility that people can change. It naively assumes unquestioning submission and pessimistically resorts to the use of force. We see the same logic at work among those who wish to ‘no-platform’, and we see it in those who would use force to protect their religion from being criticised. It is the same idea: that if we just say ‘no’, people will not do it, or will not think it. These people do not speak the language of persuasion, but only that of power. To them, the sword is mightier than the pen.

As if this naive and pessimistic tactic of using power to ‘win’ arguments were not troubling enough, we should be concerned that it is precisely on the most debatable issues – on which there is not a clear consensus and where the stakes are high on both sides of the argument – that many people wish to close discussion down altogether. Take, for example, the protesters who sabotaged a meeting of the Oxford Students for Life at St John’s College last year. Whether you are ‘pro-life’ or ‘pro-choice’, the stakes are high in this debate: if the former are correct then abortion is infanticide, if the latter are correct then the restriction of abortion is an overreach of the state over women’s bodies. One would think that given these potential outcomes, there are few conversations in which it is more important to hear both sides clearly and carefully. Yet the group who shut down the meeting, in a now removed statement that was hosted by the Oxford Student Union website, contradicted themselves by claiming they affirmed free speech whilst denying that all subjects are up for debate – thus declaring their preference for the exercise of power over persuasion.

The issues over which Virgin Trains decided to stop selling the Daily Mail – immigration, LGBT rights and unemployment – are also ones that touch upon the most fundamental realities of our human lives. They impact people’s safety, their sense of identity, wellbeing and livelihood. But this is precisely why they must be openly discussed. This is not only a moral imperative, but also a strategic one, because the voices we push down have a tendency to spring back with more force. Ultimately, our entire view of the power of thought and the dignity of human beings is at stake: can we actually use words, reason and logic to promote our case? Can humans change and be won around? The outlook of those who would rather discussion be more closed than open, who prefer shouting down to hashing out and wish to throw their weight rather than weigh things up must be seen for what it is: hopeless nihilism. If we wish to shed light on these issues, rather than darkness, we had better choose mind over muscle, persuasion over power and come back to a place of confidence in the immense potential of unbridled human thought.

Why you should read a book this vacation

How not to jump through hoops 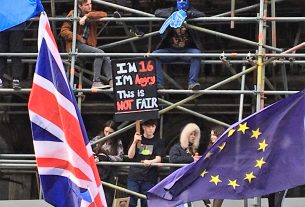 A Case For Lowering The Voting Age