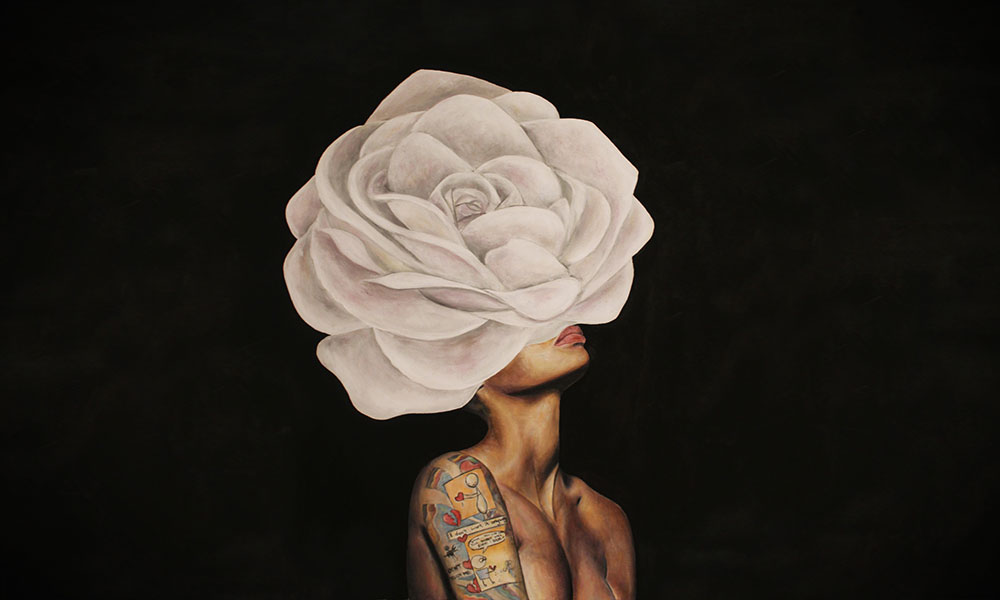 2018 is upon us, and it promises to be a great year for music. However, it seems a shame to move into a new year without considering the records that capped off our last one. Here, then, is a musical miscellany taken from the last month that may have passed under your radar, and that at the very least would make a nicely offbeat Spotify playlist.

Kimberly: People I Used to Know by K. Michelle. We begin by undermining the point of this article, as Michelle is not a niche artist: she wrapped up the third season of her own reality show in the US in 2016. Whether you’re generally a fan of R&B or not there is plenty to enjoy here, for I believe that if one thing unites us all, regardless of differences in culture or personal taste, it’s the joy of witnessing a talented artist elaborately, carefully, intelligently raise a middle finger at anyone who ever crossed them. A reductive description, perhaps, but the personal edge that infuses the album through Michelle’s dextrous voice – ranging from sultry breathiness (‘F*ck Your Man – Interlude’) to soulful outbursts (‘Make This Song Cry’) to rap (‘Alert’) – is a large part of the record’s appeal, elevating it above more impersonal, commercial fare. That this personality comes in the form of well-arranged slow jams is a bonus; if you like a helping of authoritative, righteous female anger with your soft beats and vamped piano, K. Michelle has you covered. Highlights: ‘Birthday’, ‘F*ck Your Man – Interlude’, ‘God, Love, Sex, and Drugs’.

QTY by QTY. 30 minutes of earnest, mid-tempo rock from a bunch of laid-back dudes, guaranteed not to set the world on fire or even make you think. Musically, it is essentially polished, smoothed-out garage rock, a series of 3-minute songs built on a foundation of tight hooks and muscular drums. Lyrically it isn’t particularly interesting but not offensively so; these are songs you could sing along to without feeling stupid, but they don’t aspire to much more than that, which is a good thing. If you like male vocals that sit somewhere between talking and singing, female vocal harmonies in your choruses, fuzzy guitar lines and about 4 chords to go around per song, you’re going to have a good time. It doesn’t ask you to get up and dance, but it doesn’t send you to sleep; relax and embrace the generic pleasantness of it all.  Highlights: ‘Rodeo’, ‘Word for This’, ‘Salvation’.

if one thing unites us all, regardless of differences in culture or personal taste, it’s the joy of witnessing a talented artist elaborately, carefully, intelligently raise a middle finger at anyone who ever crossed them.

Timbero by Blanco y Negro. The Danish-Swedish-Cuban jazz album we all wanted, deep down. It’s a stereotype to discuss Latin-infused music in terms of its rhythmic “energy” but still, the rhythmic dexterity of Blanco y Negro – and the ease with which they show it – is seriously impressive, their improvisations loose and expansive and yet, always, firmly under control. Their propulsive cross-rhythms, overlaid with carefully-placed Cubanese vocals alongside the occasional burst of flamboyant virtuosic piano or conga playing, keep even its more relaxed tracks too engaging to use as background music, which for a 57-minute jazz album is a pretty mean feat. Sure, it’s not all gold, and as with much fusion jazz there is a constant danger of the sound veering towards muzak, which may be enough to turn some casual listeners off tracks like ‘The Munch’. But stick with it, because then Abel Marcel reels off some fabulous solo work on keys, the group changes gear, and we’re back in business. Clearly the musicians involved had a lot of fun; jazz fan or not, I’m sure you will too. Highlights: ‘Something Personal’, ‘Timbero’, ‘Taa-Daa’.

Saint-Säens: Symphonic Poems by the Orchestre National de Lille cond. Jun Märkl. If you’re not really into classical music symphonic poems are a good way in since, as musical representations of stories, they have a drama and coherence that requires no previous experience of the genre. If classical music is your jam, this album is a pleasing slice of symphonic Romanticism and may have one or two pieces you haven’t heard before. Either way, if you get a kick out of galloping horses, lamenting nymphs, and a huge lightning strike being given literal musical representation by a full symphony orchestra, you’ll enjoy the opening Phaéton, and after some highly dramatic excursions into the life of Hercules you can get your spook on with a very fine rendition of the Danse Macabre. And hey, even if you don’t find it as fun as I do it’s still good accompaniment for working/revising/napping, so whatever your musical inclination, there’s probably a place for Saint-Säens in your collection. Highlights: ‘La jeunesse d’Hercule Op. 50’, ‘Le Rouet d’Omphale Op. 31’, ‘Danse macabre Op. 40’.