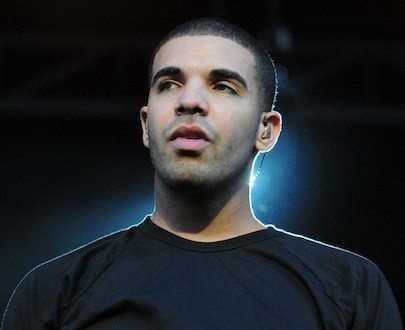 For most, the mere mention of the name ‘Drake’ will call to mind any number of different hits that the artist has had; his rise to the limelight over the past decade has been truly remarkable. However, unlike most of his previous releases, his new project Scary Hours, consisting of two new songs: God’s Plan and Diplomatic Immunity, was released with surprisingly little prior warning on Friday 19th January 2018.

Drake, for those who may be unaware, is a Canadian singer, songwriter and rapper from Toronto, who creates both Hip-Hop and R&B music, though recently he has delved into other genres.

Over the past few years, Drake has been extremely successful, being crowned the most streamed artist on Spotify in 2016. This built upon his success earlier in the year, as he collected a staggering thirteen prizes at the Billboard Music Awards, exceeding the number attained by any other artist.

2017 saw him winning the American Music Awards’ Favourite Rap/Hip-Hop Artist and a few months earlier, his ‘playlist’ More Life had become his seventh consecutive No. 1 album on the Billboard 200 charts. Last year also saw the release of his solo song ‘Signs’ and his subsequent feature on Metro Boomin’s No Complaints.

Drake has always been one to push the boundaries of hip-hop and music in general. His global popularity and fame is a result of his creatively unique approach to the industry. His versatility was exemplified fantastically by his album More Life, where he exhibited his ability to experiment with Jamaican dancehall, in his song Passionfruit, as well as with British grime, appearing alongside Giggs in KMT. His soft sensitivity and the way in which he has defused the somewhat ‘harsh’ genre has allowed him to create his own novel niche within hip-hop culture.

God’s Plan, a song which arguably takes Drake back to his stylistic roots, broke Spotify’s record for the most streamed song in a single day, gathering over 4.3 million listens in its first 24 hours, overtaking Taylor Swift’s Look What You Made Me Do. It has also been claimed that it has broken Apple Music’s record with 14 million streams, according to a tweet by Zane Lowe. At the time of writing, God’s Plan sits at over 54 million listens on Spotify and Diplomatic Immunity with close to 16 million.

Preceded by an Instagram post on the Canadian superstar’s page, the publication of Drake’s new project was somewhat unexpected, although a surprise that was clearly very warmly welcomed by his fans across the globe.

Valuing their involvement in the light of his immense popularity demonstrates his humility with the utmost clarity.

God’s Plan was produced with the involvement of Noah Shebib (nicknamed ‘40’), Drake’s main musical partner and an influential innovator of hip-hop. Shebib’s music has been definitive in establishing recent musical trends within the genre. Yung Exclusive, Boi-1da and Cardo were also part of the production team. The track was briefly leaked on Instagram in late 2017 and it was later purported to feature the up-and-coming American rapper and singer Trippie Redd. For unknown reasons and perhaps to the disappointment of some supporters, he does not appear on the final version of the song. The track is constructed with a distinct ‘synthesiser’ background, a sound typical of the Canadian artist. The lyrics explore Drake’s aspirations for the future and he touches on the bitterness that he faces from others in the industry, who envy his position as a result of his fame and success. He maintains however that it is ‘god’s plan’ and that this will not prevent him from progressing and achieving far more.

Drake never seems to forget his roots, taking the opportunity in this piece to credit his producer and manager, Noah Shebib and Oliver El-Khatib respectively, for their support: ‘Without 40, Oli, there would be no me’. Valuing their involvement in the light of his immense popularity demonstrates his humility with the utmost clarity. Touchingly, he reminisces about his childhood, growing up on ‘Weston Road’, in Toronto, and stresses that though his lifestyle has transformed dramatically, he has not. These sorts of themes are by no means unfamiliar to the Canadian’s music and his long-term followers will most certainly draw parallels between the thoughts Drake has here and elsewhere.

Diplomatic Immunity, on the other hand, is a very different type of song. Back in September, Landon Collins, an NFL player, previewed a short section of the song on Instagram, which was then untitled. Produced by Boi-1da and Nick Brongers, with a grandiose backdrop of orchestral strings, Drake, in an assured and aplomb fashion, raps about his wealth, power and success. Yet, the theme of isolation crops up once again. As seen on God’s Plan, where Drake mentioned the lack of support he receives from other musicians who are competing with him, here he mentions: ‘I’ll be in better company with my reflection’. This idea of seclusion has interestingly been quite prevalent in Drake’s music over the past couple of years, following his assent to prominence.

In the week following the release of this project, the artwork on the cover of Scary Hours has come under some criticism and accusations that its style had been ‘stolen’ from a poster designed by Collin Fletcher, a 23 year old graphic designer, for an artist named Rabit.

Nonetheless, whether these songs will appear as part of an official album or not, we can be sure that Drake’s next project is most certainly on the horizon. In the meantime, I strongly recommend you add these songs to your playlists, if you have not already!