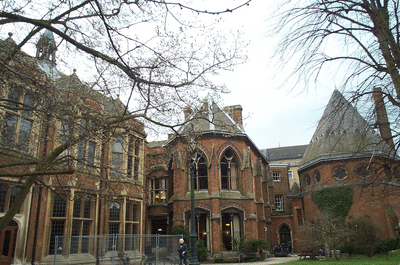 The Oxford University Jewish Society has condemned the Oxford Union’s decision to host Yvonne Ridley at Thursday’s debate “This House Believes We Cannot Thrive Without Religion” despite her having made a series of comments which have been branded as anti-Semitic.

Oxford JSoc released a statement on Wednesday, claiming that “Ms. Ridley has a long and detailed history of making exactly the sort of comments that cause Jewish students to feel targeted and unsafe on campus”.

In a blogpost on her website from 2008, Ridley stated that former Jewish Foreign Secretary David Miliband is a “self-serving, vain pipsqueak… who trampled over the dead babies of Gaza to stand shoulder to shoulder with Israel. Miliband is a gutless little weasel who lost more than his foreskin when he was circumcised”. In 2009, addressing a Viva Palestine meeting, Ridley asserted that “Zionists have tentacles everywhere”.

Ridley has also drawn comparisons between the Israeli Government and the Nazis, arguing in one article on her website that the Israeli Parliament “is on the path of reviving the policies of Adolf Hitler” and that Israeli politicians are “promoting a Final Solution for Gaza”.

The Oxford JSoc requested that Ridley be removed from Thursday’s debate but the Union refused. In their statement, JSoc condemned this decision and stated that they had major concerns “about the way that the Union has advertised Ms. Ridley’s appearance at the debate, without reference to the aforementioned comments. We were thus concerned that, if permitted to speak at the Union, she and her views would be legitimised, and our concerns in turn swept under the carpet”.

On behalf of the Oxford Union, President Laali Vadlamani emphasised that JSoc’s concerns are appreciated and “It is certainly not the Union’s intent to make Jewish students on campus feel unsafe”.

“That said, Thursday’s debate, and her invitation to speak on Thursday’s motion, are not a platform for Ms Ridley to talk about Zionism or the topic of Israel – we do think that her views on these topics are less relevant. Moreover, the Union represents a forum where Ms Ridley can be challenged, and will have her views questioned, as other with other similar speakers in the past”.

However, JSoc responded in their statement: “It should also be remembered that, in the context of the topic and the format of the event, there was no guarantee of any opportunity to call Ms. Ridley out on her hateful views. She would not be questioned by the President, nor would there be an extended opportunity to question her from the floor. Moreover, we do not think it matters that Ms. Ridley would be speaking on a separate topic from those about which her intolerable comments have been made; the Union should not be hosting those espousing racist views”.

The Union stressed in their response to JSoc that the Union is “most definitely open to suggestions on ways in which we can help address some of your concerns” and has offered to meet and discuss the issues. The OxStu has learnt that JSoc has emailed and called the office of the Union but has not yet received a response. The debate on religion featuring Yvonne Ridley will go ahead as advertised on Thursday at 20:30.