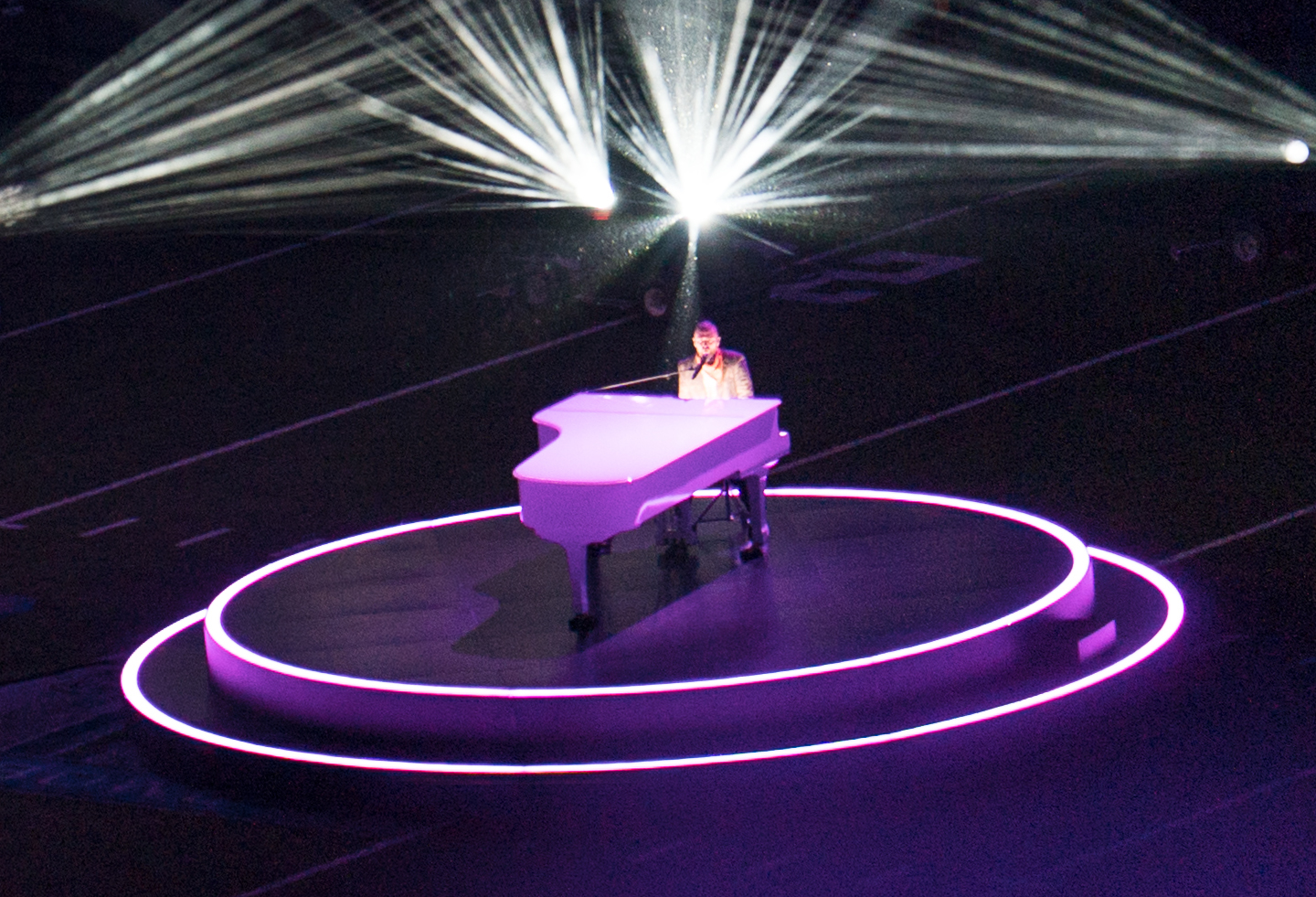 Justin Timberlake, we need to talk about lip-synching

Justin Timberlake’s performance at the Super Bowl this year was predictable. Compared with Lady Gaga’s performance last year when she soared into the arena from the roof wearing a rhinestone-encrusted bodysuit, Justin’s show was lacking in spectacle, and he seemed keen on turning the stadium into a large dancefloor full of slightly awkwardly-dancing teens.

The most predictable part, however, was the singing. As is common for performances of this scale, the music was clearly a mixture of pre-recorded backing tracks with Justin lip-syncing, the odd motivational shout over the top of the music, and occasional moments where he used his actual singing voice. Obviously, at some points in the performance it was definitely unclear where voices were coming from, but it was easy to make pretty well-informed guesses:

Firstly, at the first chorus of ‘Rock Your Body’ he was clearly ‘singing’ along to parts of the backing track and not to others, at times replacing his singing with shouts and grunts. Secondly, Justin’s energetic dancing in ‘Sexy Back’ made it very unlikely that he was producing the well-supported, perfectly in-tune vocal blasting across the stadium. (As a general rule, if the singer is throwing their body around aggressively whilst covered in sweat and yet appears to be singing at the same time, it’s definitely lip syncing).

In contrast, there were moments where you could hear Justin’s real voice shining through all the chaos: at the pre-chorus of ‘Can’t Stop The Feeling’, it was obvious from the tuning issues that Justin was singing over the top of the backing track (12’04” on the video). I’d hazard a guess that the backing track was a constant throughout the performance, and Justin only sang over selected parts of the music.

…perhaps there’s just no need to attack artists with all of those clichéd terms like ‘inauthentic’, ‘fake’ and ‘lazy’…

The specifics of all this are not important, though. What has always been interesting (and slightly confusing) for me is how worked-up people get over the issue of lip syncing. In a video posted by ‘TheTalko’ on Youtube titled ‘Everything Wrong With Justin Timberlake’s Super Bowl Half Time Show’, one fan was quoted as saying “I love Justin Timberlake but this is the worst half time show I’ve ever seen. He’s barely even singing. Anyone could dance over a backing track and shout ‘Come on Minneapolis’ every few seconds.” It’s striking that people still expect artists to be genuinely singing throughout performances like these, and often chastise them when it’s obvious that they’re not.

The reality is that in popular music today, singing voices that haven’t been electronically manipulated in some way are almost nowhere to be found. The effects of amplification already transform the character of the voice, as does the very act of sound recording itself, and the use of AutoTune is remarkably widespread. Because of this, live performances will nearly always be judged against the heightened perfection of the corresponding recorded tracks. When the fan above decries Justin as ‘barely even singing’, the reality is that the singing they’ve heard previously on recording isn’t really ‘Justin’ at all, but rather a carefully manufactured audio image of his voice. Paradoxically, fans base their expectations of the authenticity of an artist’s voice on a sound that is always already inauthentic.

In this situation, is it any wonder that lip-synching is so common? If fans base their judgements on these unrealistic expectations, what would happen if Justin really tried to sing the entirety of his colossal Super Bowl show without the help of backing tracks, perhaps even without the help of amplification? It wouldn’t just be predictable, it would be downright terrible. So perhaps there’s just no need to attack artists with all of those clichéd terms like ‘inauthentic’, ‘fake’ and ‘lazy’ when the desired alternative is just not humanly possible.

After all, it’s pretty unlikely that Lady Gaga sang ‘I’m on the edge’ so perfectly having just been lowered a hundred metres from the roof onto a ten-metre tall metal tower. But she still put on a great show.