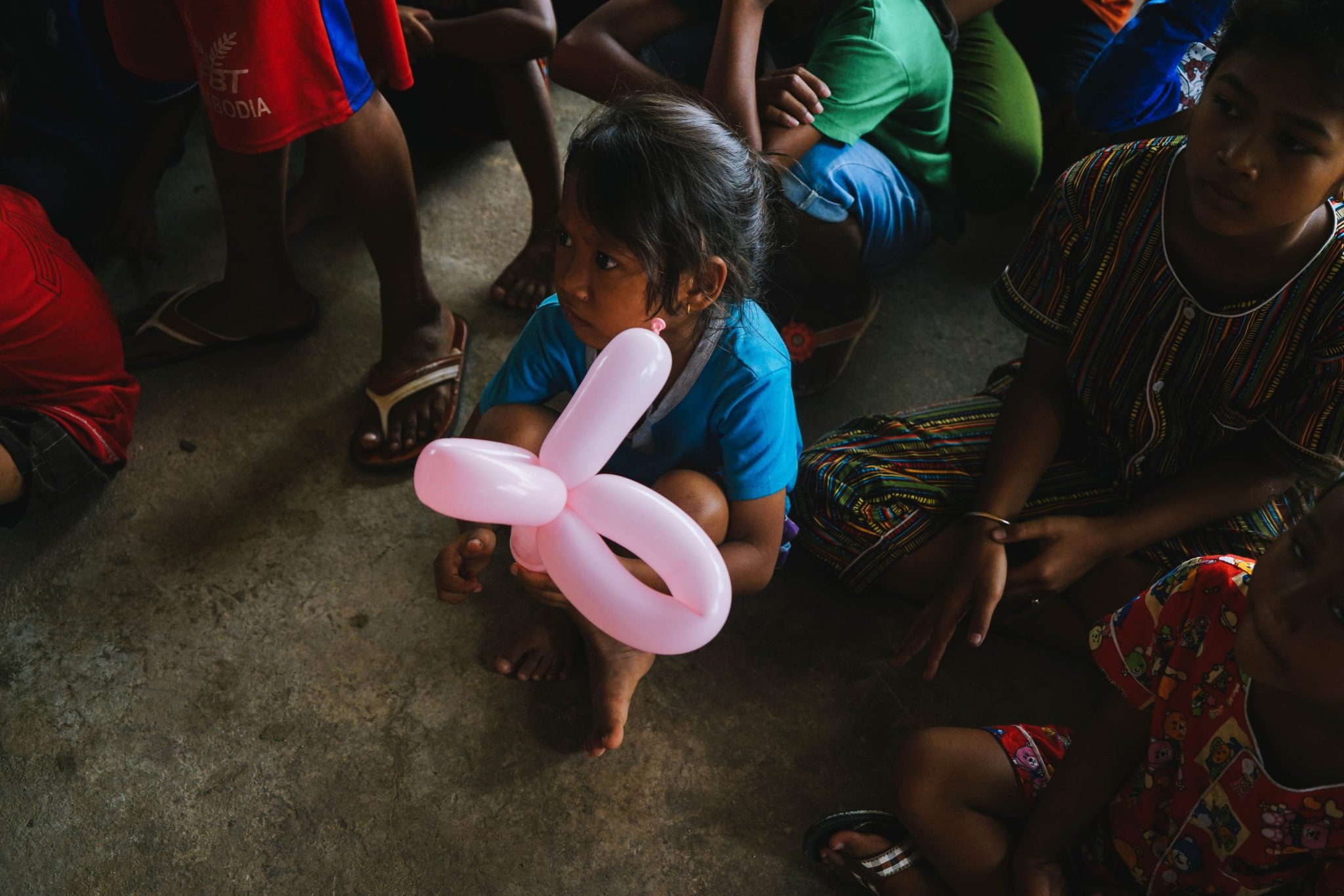 The voluntourism that is turning orphanages into tourist attractions

In 2016, J.K. Rowling tweeted a series of responses to a request to share an appeal from a charity which offers volunteering opportunities in orphanages, explaining why she could never endorse their work: ‘I will never retweet appeals that treat poor children as opportunities to enhance Westerners’ CVs,’ ‘Voluntourism is one of the drivers of family break up in very poor countries. It incentivises ‘orphanages’ that are run as businesses.’

Lumos, the charity established by Rowling in 2005, has dedicated itself to campaigning to end the institutionalisation of children worldwide. According to their research, over eight million children and young people live in institutions around the globe, and 80% of children in orphanages have at least one living parent. Rowling’s tweets sparked a much-needed debate on ‘voluntourism’ (a blend of holiday and volunteering) and its hugely damaging potential – especially when it involves work with vulnerable children. It is essential that this debate remains at the forefront of discussions about travel and volunteering today; there’s a darker side to voluntourism that must be addressed.

For someone who loves to travel and wants to be able to “give something back” in return, the concept of going abroad and volunteering sounds ideal: experiencing a new culture and interacting with local people on a personal and meaningful level, all while doing your bit to try to improve their lives and futures. However, even the best intentions can have heart-breaking consequences. The same year that Rowling took to Twitter to speak out against voluntourism, Save the Children wrote of their concern about the growing trend of working in orphanages during holidays, gap years, or career breaks, saying: ‘We’re worried about unskilled and untrained volunteers having access to extremely vulnerable children – and that the demand for this kind of volunteering is contributing to the harmful practice of building and funding orphanages.’ They echoed the findings of research conducted by Lumos and other organisations when they called orphanages ‘a serious threat to development,’ referencing decades of research which ‘point to the fact that the experience can have a terrible impact on the physical, social and intellectual development of children.’ Yet well-meaning travellers and volunteers are increasing the number of children who are placed into these institutions. Despite findings that indicate that, on average, it is ‘ten times more expensive to fund an orphanage compared to community and family care’ (according to much research, such as that conducted in East and Southern Africa by Save the Children in 2006), there continues to be an over-reliance on orphanages – and this is often funded by visitors who just want to help.

For someone who loves to travel and wants to be able to “give something back” in return, the concept of going abroad and volunteering sounds ideal: experiencing a new culture and interacting with local people on a personal and meaningful level, all while doing your bit to try to improve their lives and futures.

Many travel and volunteering organisations have already recognised this issue, and are doing everything in their power to consign orphanage trips to history. Last year World Challenge, the world’s biggest school-based volunteer travel company, announced that it will no longer offer trips to orphanages in the developing world, and similar travel companies such as Projects Abroad and Intrepid Travel have followed suit. In a blogpost in 2016, VSO CEO Philip Goodwin spoke out about institutions which are ‘keen to meet the demand for volunteering opportunities (and to make money by doing so)’ which ‘could be encouraging vulnerable families to place their children in care in exchange for financial reimbursement, separating the child from the support of their family and leaving them open to serious harm.’ The statistics confirm the severity of this phenomenon. Between 2005 and 2015, for example, there was a 60% increase in the number of orphanages in Cambodia. Half of these were concentrated in the tourist destinations of Phnom Penh and Siem Reap. According to James Sutherland, Cambodian communications coordinator for Friends International, this growth in orphanages was completely at odds with a declining poverty rate and a decrease in the number of genuine orphans over the same decade. What it was not at odds with, however, was a period of rapid growth in tourism and voluntourism in Cambodia at this time. Orphanages in less developed countries are becoming tourist attractions, and voluntourism is making it happen.

Many travel and volunteering organisations have already recognised this issue, and are doing everything in their power to consign orphanage trips to history.

Corrupt directors of institutions capitalise on good intentions, seeing a business opportunity in which the volunteers become the clients and, consequently, vulnerable children become the “merchandise”. There are horrific stories of children being “recruited” from poor families with promises of education and a better life, and some of these children are trafficked. Children are starved to keep them looking poor and malnourished, forced to sing and dance to maximise the pity and donations from tourists. Safeguarding measures are often unheard of, and it’s not rare for visiting adults to be allowed to take children on unaccompanied trips away from the orphanage.

There are organisations who are doing some incredible work to put an end to this growing “orphanage industry”. In 2013, Save the Children, together with the Better Care Network, established Better Volunteering Better Care – ‘a collaborative initiative aimed at discouraging volunteering in orphanages and promoting more responsible alternatives.’ They have collated a paper with more information about this complex phenomenon, as well as a series of blog posts on the issue of orphanage volunteering. I strongly recommend these posts to anyone who is thinking about volunteering, or who is interested in trying to travel in a more responsible way. They can be easily found on the Better Volunteering Better Care website.

Traveling and working with others can teach you so much about the world. However, it’s important that we’re realistic about why we travel, and are aware of the consequences of our actions, asking the right questions before making well-meaning (yet potentially harmful) decisions. To stop promoting the institutionalisation of children, stop volunteering in orphanages. Don’t fund the “orphanage industry”.

For some great resources on responsible volunteering, visit learningservice.info and globalsl.org, and read through Next Generation Nepal’s guide to ethical volunteering.