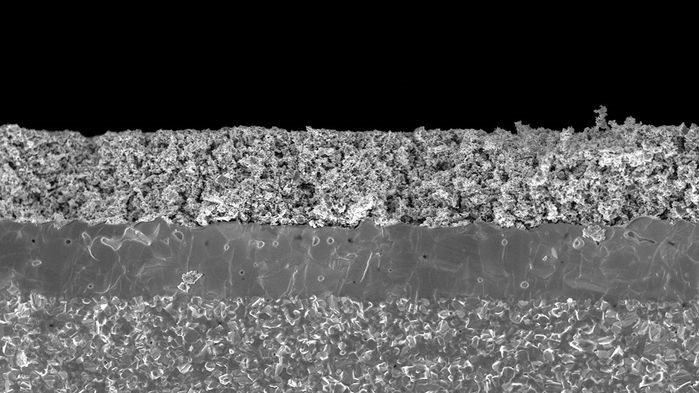 Fuel cells are a greener alternative to gas-powered engines because the way they produce electricity does not require burning up the fuel that powers them. However, given that they are expensive to produce, they are not very commercially-attractive.

A team of researchers created a fuel cell that can run at a midrange temperature and is ‘an inexpensive, powerful version that could boost the prospects for plentiful green energy’.

The majority of fuel cells require either very high or very low temperatures, which spikes up their production cost. Polymer electrolyte membrane (PEM), used for cars and buses, runs at about 100°C while solid oxide fuel cells (SOFCs), employed as power backup generators for hospitals and other buildings, does so at 1000°C.

While the lower temperature of PEM cells makes the chemical reactions slow, thus requiring the use of expensive metal catalysts (e.g. platinum) to speed them up; the high temperatures required by SOFCs imply that they need to be built from expensive metal alloys.

Bearing this in mind, scientists have looked for midrange temperature fuels that operate at about 500°C, which is ‘warm enough for reactions to proceed quickly and cool enough to allow them to be built from cheaper metals, such as stainless steel’.

Two teams had been at the forefront of this challenge. The group led by Ryan O’Hare, a Colorado School of Mines materials scientist, produced an intermediate temperature fuel cell capable of producing 455 mW/cm2. The other group, led by Ji-Won Son from the Korea Institute of Science and Technology, managed a similar feat with a fuel cell that functions at the ideal temperature of 500°C.

Nevertheless, a new group led by Sossina Haile from Northwestern University, has finally achieved the goal. By figuring out that one of the key problems in both PEM and SOFCs was that the two electrodes are separated by an ion-conducting electrolyte. ‘At one electrode, fuel molecules are broken apart and stripped of negatively charged electrons, which pass through an external circuit to a sec-ond electrode. Meanwhile, positively charged ions ripped from the fuel molecules travel through the electrolyte to the second electrode where they recombine with the traveling electrons’.

Haile discovered that the connection between the anode (first electrode) and the electrolyte was weak, and it blocked the protons from reaching the cathode (second electrode). The team created an easier transition for the protons to move into the electrolyte by adding a thin but dense layer of catalyst material on top of the anode catalyst.

The resulting device produced nearly 550 mW/cm2 at 500°C and was stable for hundreds of opera-tion hours with few signs of degradation.

Before the device is ready to be commercialised, there are a few issues that need to be resolved. The current cells are too small for the market (few centimetres in diameter) and making them larger could also prove to be difficult. Also, ‘all-ceramic electrodes and electrolyte are extremely brittle, which could make them less durable for use in real-world conditions’.

By solving these issues, ‘intermediate range fuel cells could transform renewable energy’ because they would be able to convert electricity into hydrogen and other fuels for storage, and later turn them back into electricity when needed. This would solve the most important challenge faced by renewable energy – longer term energy storage. 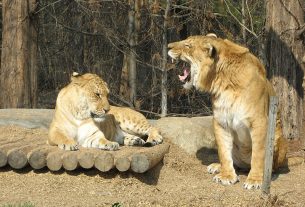 Species: What are they, and how do they work? 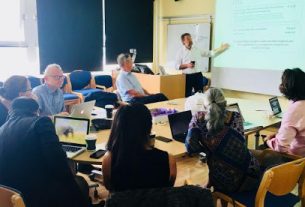