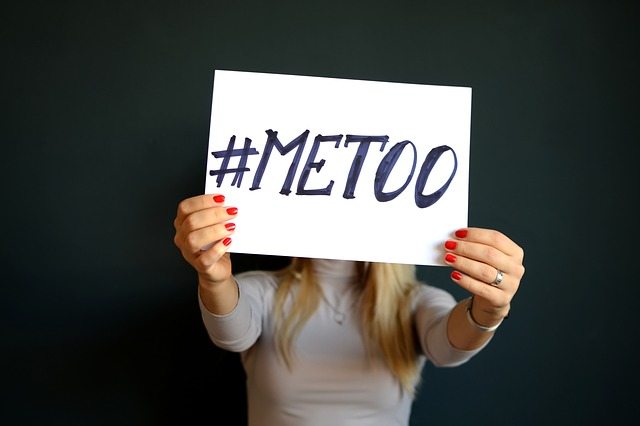 The President’s Club fiasco shows a need for change

I think it’s fair to say that we are no longer shocked. But we are definitely repulsed, outraged and, most of all, exhausted. How many stories of outright misogyny must we hear before something changes?

This year’s annual President’s Club gala charity dinner was no different to the other thirty-three, except for the attendance of two brilliant undercover Financial Times journalists. They uncovered how 360 of Britain’s richest and most powerful men used the guise of charitable giving to transport themselves back to a different era in which they could comfortably grope and harass young women.

The invitation itself was deeply suspect, promising to be ‘the most un-PC event of the year’. It failed to disappoint. The men-only event was hosted by 130 women who had been instructed to wear skimpy black outfits with matching underwear and high heels. The remorseless groping and contemptuous propositioning that these women endured ranged from hands up skirts to one man exposing his penis to his 19-year-old hostess. However, this behaviour was hardly considered to be ‘out of hand’ or unexpected. Instead, it had been planned for, to the point of the hostesses being compelled to sign non-disclosure agreements. The depraved behaviour of the men wasn’t just confined to the way they treated their hostesses – even the auction itself encouraged this disparagement of women. The auction invited bids, starting at £10,000, for breast surgery ‘to add spice to your wife’. To make matters worse, a woman was brought on stage so that the host could point out exactly how this surgery would enhance her.

But what makes this night even more reprehensible is that the people involved with this event represent some of the most important figures from British business, politics and finance, whose responsibility as role models should be to improve gender equality in their respective sectors. The auction items ranged from lunch with the Foreign Secretary Boris Johnson to afternoon tea with the Bank of England governor Mark Carney. Those welcome to bid included attendees such as Nadhim Zahawi MP, newly appointed Parliamentary Under Secretary of State for Children and Families, Jonathon Mendelsohn, a Labour peer and party fundraiser, and David Meller, one of the event’s organisers and a member of the Department for Education’s board of directors. In fact, this year’s guest list was no more special than the previous galas. In 2004, the star guest was the Labour figure and London Mayor Ken Livingstone, supposedly a fervent supporter of equality. These men just prove how their public morality is not necessarily reflected in their private behaviour.

The onus should be on enabling women to feel safe in the workplace and to make sure that legislation protects women from assault and humiliation, no matter how rich and powerful the men they are working for might be.

Many critics argued that the women knew what they were getting themselves into when they decided to become hostesses at the event. But surely a young woman who is warned that the men may be ‘annoying’ doesn’t expect these men to feel entitled to grope her or to ask whether she is a prostitute? Not only does the fact women weren’t turning down these jobs show how difficult it is for young people to find decent paying jobs in Britain, but most of all it makes sleazy male behaviour the responsibility of women. Instead, the onus should be on enabling women to feel safe in the workplace and to make sure that legislation protects women from assault and humiliation, no matter how rich and powerful the men they are working for might be.

Such men-only clubs are not just a reflection of outright misogyny, but they represent a culture of male-friendly business socialising which explicitly or implicitly excludes women and has systematically limited the path for female advancement in these sectors. Companies bravely talk about their efforts to alleviate the gender pay gap and their aims to have more female representation on their boards, but in reality, the nature of business networking often doesn’t allow women to participate. The President’s Club is just one example of a string of exclusive clubs in Britain, such as the Garrick Club or White’s (of which David Cameron was a member), which provide a forum for rich men to forge important connections. The well-trodden route to membership for these clubs is a public-school education followed by university societies such as the Bullingdon Club and the Piers Gaveston, reiterating how these clubs are not only prohibitive to women, but even to most men. The fundamental lesson to take from this is not merely that these events should stop happening, but that they reveal the testosterone-fuelled environment rife in these sectors which needs to change if women are to be allowed equal access to participate.

Even though all of this may sound very demoralising, it is crucial to recognise how 2018 has heralded change. We should call it nothing less than a sexual revolution. We have witnessed how sexual harassment scandals have forced a string of resignations in the Silicon Valley, the dramatic impact of the Harvey Weinstein cases on Hollywood and the subsequent #MeToo movements. We have seen how women are not only coming forward to bravely speak of their experiences, but they are now finally being heard. In 2010, The Independent referred to the same President’s Club dinner as a “majestic” event sponsored by HSBC, where “the boys tucked into the girls”, and we all just dismissed this as city boys having harmless fun. But now, previously dismissive tabloids have changed their attitude. “Sleaze ball” and “Upper-class whore house”, said two headlines in The Sun. “The wealthy gropers deserve public shame” said the Daily Mirror, calling it “grotesque predatory sexual harassment”.

Labour’s Jess Phillips summed it up particularly well: “You can give to Great Ormond Street without having a woman sitting in your lap”.

The reaction of the British establishment was equally severe and immediate: the President’s Club charity was forced to close, David Meller was forced to stand down as board member of the Department for Education, Naddhim Zahawi is facing pressure to resign, and charities returned all the donations from the dinner. The confidence these men once had has suddenly collapsed. Britain’s most influential business lobbying group, the Prime Minister, senior politicians and women in the finance industry have come together to condemn this behaviour and show how dangerous a game it can be for the individuals and companies involved. Labour’s Jess Phillips summed it up particularly well: “You can give to Great Ormond Street without having a woman sitting in your lap”.

Some women have even gone on to address the situation for women more widely by setting up women-only clubs. At first glance, it may appear that this is a bit ‘anti-men’ and feeds into the notion that women would prefer exclusivity than to work alongside men. Instead, all-women clubs, like AllBright or The Wing in New York, are a small way to redress the historical gender imbalance and allow professional women to come together to help each other to achieve their career aspirations. That is, if the Metropolitan Police does eventually relax its objection to AllBright’s application for its headquarters to be located in Westminster.
What is clear is that the President’s Club wasn’t really men-only at all. If that had been the case, nobody would have attended. The evening was centred around ogling at a room stuffed with women – not like the women at work, who could complain to HR, but women who had been paid to be at their service. And to top it off, they could use charity as a masterful cover-up. However, this fiasco has shown there is one big issue that such misogynistic clubs will now have to face: the women of 2018 will be ‘tucked into’ no longer.