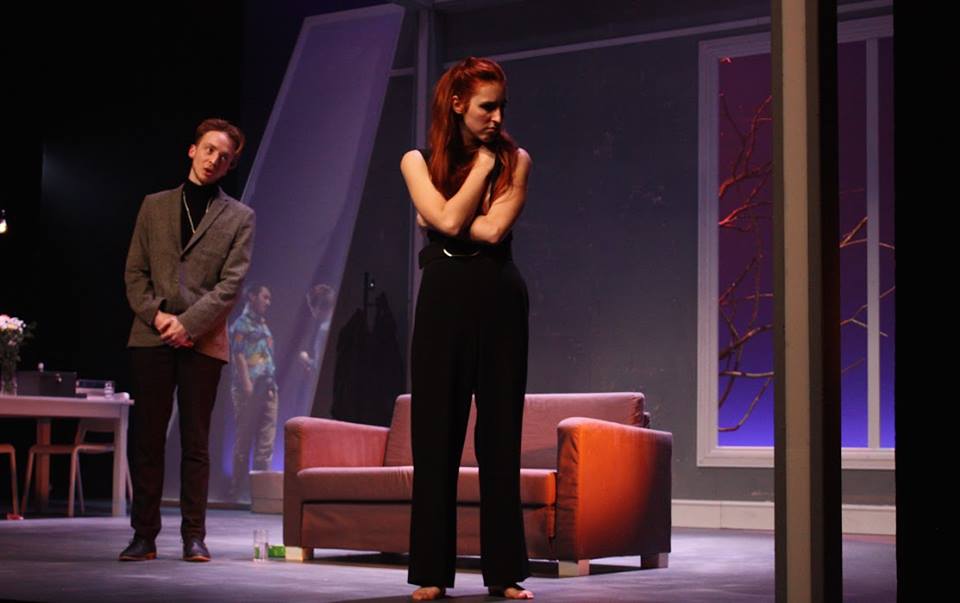 Hedda, Lucy Kirkwood’s bold adaptation of Henrik Ibsen’s Hedda Gabler, is a powerful and defiant representation of modern feminism, and in the hands of Lucy Hayes, becomes an excellent production.

Part of the ‘Vote’ season at the Oxford Playhouse, celebrating 100 years of female suffrage, the production could not be better timed – it is pertinent, topical, and more relevant than ever. Deciding to update the setting to the world of Oxford academics is also a decision that pays off well – and the subtle references to geographic locations around Oxfordshire are pleasingly self-referential.

The set design really contributes to the overall atmosphere. Nelly Hayes’s simple but highly effective box-house design contributes to our sense of Hedda’s claustrophobia, and the fact that the other characters come and go but Hedda stays in stasis is represented visually on the stage. The colour scheme is also coherent with the advertising material that has been omnipresent around Oxford for the last few weeks – a haunting monochrome grey, with colour eerily interspersed. This coherent production is the result of the care that has clearly gone in to every aspect.

The cast are also phenomenal. It would be easy for the show to feel limited given that there are only 6 characters, but the strength of the acting talent ensures that this never happens. Derek Mitchell particularly stands out as Eli, a character whose role can be slightly odd, but in Mitchell’s hands makes perfect sense and is played to perfection. The other actors also demonstrate excellent performances, maintaining the energy and tension of the show for 2 hours and 40 minites.

Adrenaline is maintained with a surprise ending that obliterates expectations, and while it might not be to everyone’s tastes, it definitely stands as a hallmark to the defiance that has defined this production. Bold and innovative, Lucy Hayes’s production couldn’t have come at a better time.