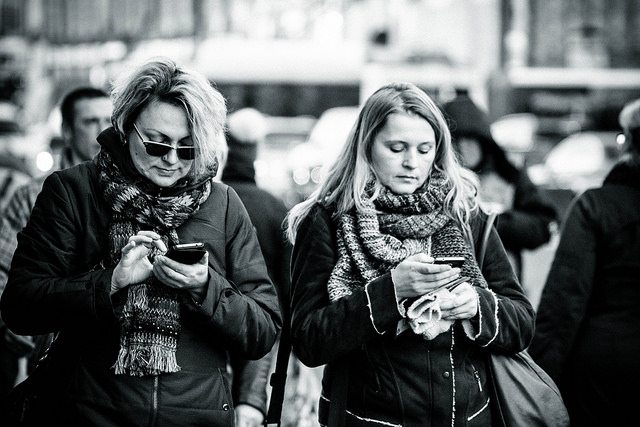 2018 has gotten off to a shaky start for the world’s tech giants. The major players in Silicon Valley have come under synchronised public scrutiny; for once, not about the quality of their products, but rather for their addictive nature. Last month, Apple’s biggest investors put pressure on the company to address increasing iPhone usage amongst children. In response, the device’s creators turned on Google, saying they should also do more to protect kids. And Facebook was finally forced to admit that research claiming excessive use of the platform is bad for our mental health had been right all along.

Yet amidst concerns for our youngsters prematurely hooked on gaming apps, and our teenagers glued to Instagram, what about us mere mortals – the responsible adults of this world? We are a living paradox in which we lament technology, how far it has gone, and what it is doing to our species (or at least, the generation after us), whilst being glued to our devices, checking e-mails or photographing dysfunctional family reunions to share with our 400 nearest and dearest. No doubt, we should be denouncing the mobile industry for having irreversibly infiltrated our lives too.

We do not need extremes. What we need is conscious, calculated, disciplined restraint that we practice throughout our everyday lives.

Science alone shows us that our age does not make us immune to the risks that come with daily – or more realistically, hourly – contact with these handheld miracles. Researchers continue to emphatically and unambiguously warn us that the intrusion of technology in our daily lives is making us less intelligent and less empathetic creatures. In particular, studies have shown that if we deviate attention to our phones even for a few seconds, it can take up to 10 minutes for our minds to catch up and get us back to the initial focal point, be that our work or a conversation with a long-lost friend. But if the tech industries’ livelihoods rely on this very dependence, no amount of statistics-throwing or finger-wagging is going to change it. So, it’s down to us to take alternative action – and I believe I’ve found the remedy.

You might be relieved to hear that it does not include the notorious “cold turkey” tactic. The Telegraph’s Tim Stanley recently recounted his submission to this rather radical and, dare I say, uninspiring trend (or “protest”, as he labelled it). This approach is the equivalent of the Atkins diet – involving going to the extremes for a week or, if you’re particularly committed, a month, before resigning yourself to a life of respectfully porky bliss. Mr. Stanley’s detox was similarly short-lived; his Twitter hiatus quietly lasted for just over a fortnight. Nonetheless, we shouldn’t judge his early escape from tech rehab. It’s impossible to stay disconnected forever – we are humans, and by default, insatiably curious. For those of us with the means to be online at the touch of a screen, it’s difficult to stay away for long.

That’s why I endorse a militant but more sporadic method, that I coin ‘going techo-cratic’. We do not need extremes. What we need is conscious, calculated, disciplined restraint that we practice throughout our everyday lives. This means acknowledging that when we are with friends, with our children or in bed with our partners, we do not have an implicit invitation to continue our digital conversations. It means turning our phones OFF, to savour those brief hours of uninterrupted intimacy. I don’t mean that sneaky ‘I’ll just put it on silent’ in a meeting kind of “off”, I mean OFF. And most importantly, it means asking (or demanding) the same of your friends and family when you are together.

Unlike the Atkins equivalent, this form of technology detoxing works. It has been tried and tested because like every good social scientist, I have practiced it myself. Indeed, the ‘techno-crat’ approach has years of (personal) study behind it, beginning a decade ago when as a quirky teen I introduced ‘the Blackberry box’. This consisted of a simple cardboard cut-out where my schoolmates would have to place their phones when they came for dinner, until they were picked up. The measure was born from a premature frustration that my companions were spending more time looking at their screens than engaging with one another. The strategy was revived again when as an even quirkier university student, I grew tired of reuniting with friends that I had not seen for months to have them demand I repeat the last snippet of our conversation, which they had missed courtesy of being absorbed by their screens.

It means turning our phones OFF, to savour those brief hours of uninterrupted intimacy. I don’t mean that sneaky ‘I’ll just put it on silent’ in a meeting kind of “off”, I mean OFF.

Aside from noting that perhaps my autocratic tendencies started young, a key takeaway from this dogmatic phone ban is that such techniques can genuinely impact your life in a positive way. Excuse yourself when you break your own rule, know when being contactable is imperative and when it requires you to break your detox. But don’t make this the norm. Enjoy the feeling of “switching off”; not for weeks at a time, only to quickly fall back into the old pattern, but every single day. So, if you still haven’t made a New Year’s Resolution – or if you’ve already broken it – here’s another: become a techno-crat.