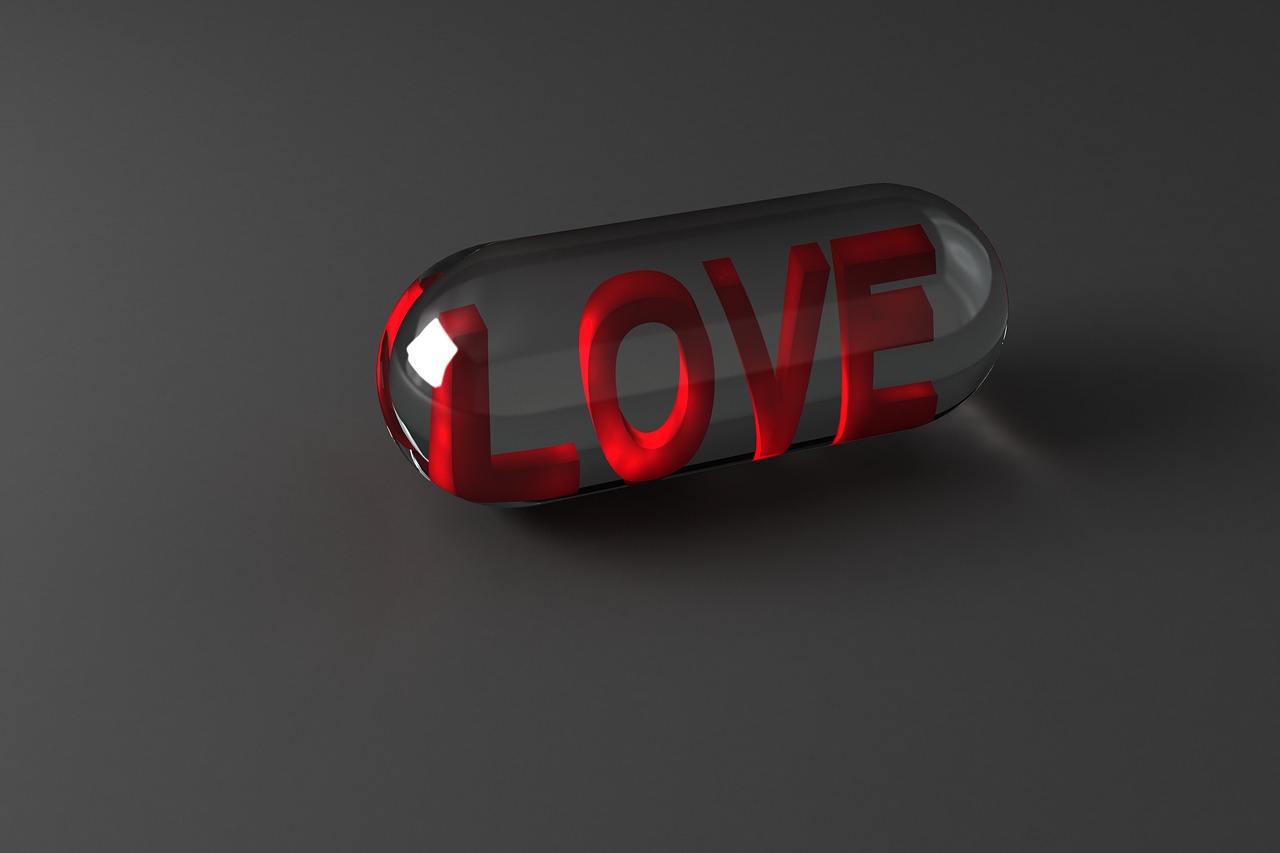 When it began, I felt euphoric with every encounter. Everything was a new, exciting and different pleasure. Each detail was entangled with this pleasure: touch, times, places, smells. Everything was a reminder. I spent my time pursuing the next rendezvous; everything else became stale, unexciting and tedious in comparison. Craving. It was indispensable. However, gradually my frenzied elation dimmed and dwindled, like shrinking sunlight at dusk. I needed more to feel whole. With each moment between encounters, the eager languishing ﬂourished and grew more desperate. Each moment of partition felt like claws plunging deeper and deeper into tender skin. Arduous, agonising, excruciating. With each second of separation life became more futile and aimless. When everything halted in an crude, impetuous ending, I felt empty. Utter desperation followed, leading into a profound abyss from which it was almost impossible to emerge unscathed.

Here is the question. Is this describing the euphoria and grief of falling in love, or becoming addicted to a drug?

In literature, social attachment is often referred to as an addiction, a poetic metaphor with subtle elements of truth. Some say that the strongest drug for a humans is another human. Ovid ﬁrst proclaimed, “I can’t live with or without you” (Amores III, xi, 39). Modern literature and media is littered with similar sentiments. For example, Jake Gyllenhaal’s character in Brokeback Mountain famously declares “I wish I knew how to quit you”. Common language is also cluttered with phrases like “I need you”, “I’m addicted to you”, “I can’t live without you”. This refers to a wide variety of social attachments, from romantic infatuation and lust, to parental love and reliant friendship.

When we are in love, we are engulfed by every sensation love brings: the vision of their face, eyes, neck, their speciﬁc scent, the feeling of their skin, the sound of their voice. Our senses are engrossed in every detail of that person. These sensations are tangled with social reward and sexual pleasure, which leads to strong reinforcement. Memories become precious, and drive us to seek out similar experiences. This urge can become so powerful that we become dangerously doting, perform elaborate acts, and even sacriﬁce huge amounts at the expense of our well-being.

Some say the strongest drug that exists for a human is another human.

Similarly, those in the throws of drug addiction experience an intense and reinforcing euphoria that leads to persistent seeking of substances. Addicts are also willing to self-sacriﬁce to fuel their destructive behaviours. The behaviours that addicts adopt in their exploration for drugs are similar to the behaviours that are seen as commendable or sentimental in the context of parental or romantic love: seeking, craving and longing.

However, in the context of addiction, they are seen as dangerous and toxic. Nevertheless, the cycles of alternating elation, despair and intense, perpetual longing that occur with both can have harmful and occasionally fatal consequences. According to the FBI, over 10% of murders in the U.S. in 2011 were committed by the victim’s lover. One difference between the two is striking to me: the majority of people wish to fall in love in their lifetime, whereas few would wish to enter into the turmoil of drug addiction. With such disparity, is there an inherent and genuine connection between lovers and drug addicts, or is it all just literary ampliﬁcation and poetic distortion?

There are more than just psychological and societal similarities between these two phenomena. There is a rooted consonance and harmony between the brain regions and neurotransmitters in both social attachment and drug addiction. Much of this is focused in the mesolimbic dopamine pathway, that controls certain aspects of reward and reinforcement. It has been shown that, when viewing images of either a romantic partner for a lover or addiction-related cues for drug addicts, there is considerable overlap in the brain regions activated. These include the ventral tegmental area (VTA, a group of neurons in the midbrain implicated in natural reward circuitry), the nucleus accumbens (NAC, a region of the forebrain with a signiﬁcant role in the cognitive processing of motivation and aversion) and the caudate nucleus (a structure in the centre of the brain which is associated with motor processes, associative learning and inhibitory control of action). These are mediated primarily by dopamine system activity.

It is well documented that both mating and addiction elicit very similar changes in dopamine throughout the reward circuitry of the brain. Sex, orgasm, and all known addictive drugs stimulate increased dopamine release in the NAC (see above). Some scientists have suggested this overlap explains why falling in love or engaging in sexual pleasure can feel like a ‘cocaine rush’. Neuroimaging studies have also implicated the dorsal anterior cingulate cortex (dACC, a deep brain cortex involved in rewards and losses associated with errors) and the posterior cingulate cortex (PCC, part of the ‘limbic cortex’ implicated in episodic memory and human awareness) as highly active in both craving the affectionate tenderness of a lover and the turbulent euphoria of drug taking. The dACC has been shown to contribute to monitoring conﬂict between decisions via processing available information. This occurs for example, when a love is evidently detrimental for our well-being but somehow we cannot seem to forego it. It also occurs when the imminent exhilaration of intoxication conﬂicts with the obviously cataclysmic path of persistent drug abuse.

Overall, the shared brain region activity implies that both during love and drug addiction, we show an increase in detecting relevant stimuli (such as predicting and experiencing reward) and primal emotional reactions when exposed to a related cue (such as the fervent craving for a drug or partner). However, surely the parallels between them should not mean they can be taken as stringently equal?

Many of the differences between substance addiction and social attachment focus on the disparity between the natural reward of amorous love and sexual pleasure and the artiﬁcial stimulation of drug use. Is this signiﬁcant in terms of ﬁnding a true distinction between these two types of addiction?

One neurological difference is that the release of neurotransmitters during experiences of parental devotion, romantic passion or sex usually last a much shorter time than the analogous release provoked by addictive drug use. This may be because natural rewards have rigorous feedback mechanisms that mean neurotransmitter concentrations are swiftly brought back to baseline. This is through endorsing the avoidance of immediately repeating similar pleasurable activity. The obvious example here is the crescendo and decrescendo of sexual desire surrounding the climax of a sexual act. A period of time is required before the desire to engage in that particular act escalates once more. With addictive substances however, the intensity of the desire to seek and take the drug does not usually diminish after initial consumption. Hence it has been suggested that the motivation for drug seeking will always override the quest for natural rewards such as food or sex.

Furthermore, drug addiction affects only a modest percentage of the global population whereas falling in love is a ubiquitous and universal problem profoundly entrenched in our evolution. Love is the fuel of reproduction which is the ammunition for natural selection and life as we know it. Contrastingly, drug abuse does not serve any evolutionary function. In fact, it is actively adverse to genetic ﬁtness and diversity because our natural reward circuitry is taken hostage by drug use, decreasing the motivation to seek out evolutionarily advantageous experiences. In this light, social attachment could even be viewed as a productive and pragmatic addiction. Whilst we can grow and prosper with no addictive drugs, many would argue that one cannot possibly live, deprived of love.

Falling in love is a ubiquitous and universal problem profoundly entrenched in our evolution.

Moreover, in order to achieve its full potential beneﬁt, love must be requited. Regret is rare if the love is reciprocated; feelings of extreme melancholy or mourning usually come with romantic rejection or withdrawal of love. Contrastingly, drug addicts are never unpredictably rejected by their drug; the vivid rapture is inevitable. One could argue that it is not the drug itself that presents any rejection, but often the rigmarole surrounding it. For example, it may be burdensome obtaining drugs due to availability, cost, legality or social stigma. Addicts may turn to crime, be isolated from their families and friends, or experience gruelling physical withdrawal. We may then draw the analogy between a rejected, scorned lover, and an addict that cannot access their most desired drug.

Overall, love is one hell of a drug. We crave it. We can never get enough of it. We ﬁnd it impossible not to think about it. We often think we need it to survive. Love is thrilling, but also perilous. However, there is nothing inherently maladjusted about a thirst for love, despite its occasional end in dysfunction. Perhaps love is simply about ﬁnding the right drug. The one person that does not result in a spiral to disarray and chaos. The one person where the craving never ceases, but the tolerance and torment never begin. A mutual addiction. “Everybody has an addiction, mine just happens to be you.”