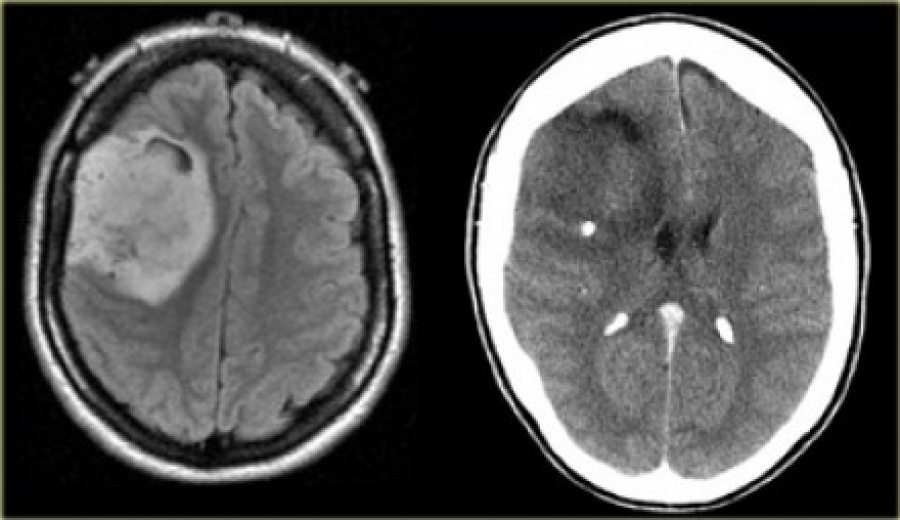 As one of the most complex and varied diseases known to mankind, depicting cancer “properly” in film is never going to be easy. If you treat the subject too light-heartedly, you do a disservice to those who have suffered from the disease. Alternatively, if you discuss cancer too heavily, then you disengage the majority of viewers who haven’t experienced the disease from the possibility of empathy.

Having been diagnosed with a brain tumour several years ago, my approach towards films depicting cancer hasn’t changed too significantly. If a movie presents an engaging narrative that involves cancer in a meaningful form, it works. If it just chucks cancer into a story as a convenient gimmick to shock the audience or further the plot, then it doesn’t.

Alice in Wonderland (2010) is a prime example of the latter pitfall. When The White Queen (Anne Hathaway) enquires about her sister’s health, using a patronising gesture implying the Red Queen’s (Helena Bonham Carter) large head, Alice’s (Mia Wasikowska) blunt response that her head is “bulbous” is disappointing enough. The White Queen then rams the insinuation home, considering that she must have “some kind of growth in there, something pressing on her brain”, and I was particularly unimpressed. Passing off the Red Queen’s madness with this crass trope seemed incredibly unnecessary, particularly in the context of a children’s film.

Kick Ass 2 (2013) didn’t perform much better when Red Mist (Christopher Mintz-Plasse) decided to give one of his supervillains the artfully chosen name of “The Tumour”, either. Matthew Vaughn seemed to bank on cheap shock tactics rather than the original’s more effective and amusing c-bomb from Hit-Girl. Many were enamoured with the love story of two cancer patients in The Fault in Our Stars (!), but this contrived plot came across as too romantic to make any real impact.

However, I’ve seen a rare number of movies that get the sense of cancer “correct” in my mind, however subjective “correct” will be for each individual. Here are my choices below:

I was fairly apprehensive going into this one. The film’s poster of Joseph Gordon-Levitt shaving his head put me off seeing the film for several years. The idea of an actor, or any individual shaving their head, seems superficial. In the same way that someone might shave their hair for charity, it just feels false. The intention may be genuine, but the responses that such acts are brave and sacrificial just don’t ring true when the person knows fully well their hair will immediately start to grow back in the same condition.

When I saw 50/50 a few weeks ago, however, I was pretty impressed. It’s not perfect by any means; the developing relationship between Adam (Gordon-Levitt) and his psychiatrist Katherine (Anna Kendrick) smacks of the ‘kooky’ artificiality that we can see elsewhere in films like Silver Linings Playbook. Yet the film somehow manages to be both a fairly believable drama and an amusing comedy. The scene where Adam is given the technical name of his brain tumour is particularly powerful, as the Doctor’s words blur into silence as Radiohead’s Fake Plastic Trees begins playing. His subsequent inability to even pronounce the technical name of his diagnosis rang particularly true with my own experiences.

And this sense of realism is no doubt due to screenwriter Will Reiser’s script which was heavily based on his own experience with cancer. The film never shies away from the more gruesome side-effects of chemotherapy as Adam throws up on the floor, and 50/50 is all the better for eschewing any conventional Hollywood censorships or romanticism of the disease. Adam’s reference to the famous Hollywood-ised Terms of Endearment when trying to describe his diagnosis to a relative seems particularly knowing. All the misunderstandings from his friends and family also come across as very relatable and effective. And, I hate to admit it, but even Seth Rogen shines in this film as Adam’s boisterous, loud best friend. The subject of cancer is never dusted away in cheesy metaphors or soliloquies, and 50/50 is all the better for its frequently gruelling realities.

Although the ‘c’ word is never explicitly mentioned in either Dennis Villeneuve’s film or Stories of Your Life, Ted Chiang’s short story on which it’s based, the recurring image of Louise’s (Amy Adams) dying daughter Hannah appears to silently imply the disease as the cause of her death (Interestingly, in Chiang’s story, Hannah dies in a rock-climbing accident as an adult). The multiple non-linear tenses Chiang uses are depicted on screen as Louise translates the language of the aliens and the audience gradually reaches the conclusion about her mindset. At first, we presume the images of her daughter are simply flashbacks.

Yet as we realise that these images depict a future that Louise already knows, the narrative transforms into a far darker parable on the nature of free will. As Louise asks Ian (Jeremy Renner): “If you could see your whole life laid out for you, would you change things?” This final scene of Dennis Villeneuve’s masterpiece is particularly powerful and strange, with Max Richter’s brilliant On the Nature of Daylight playing as Louise decides to marry a husband she’ll lose, and have a daughter who will die far before her mother. Hannah’s implied cancer is never heavily sentimentalised, or discussed in words at all, only seen in brief shots. Even despite the clear sci-fi settings, Arrival presents a brief and poignant view on cancer and the beauty of human selfishness.

The second Guardians film succeeds where Kick-Ass 2 failed. While you could argue that Ego’s (Kurt Russel) reveal of giving a brain tumour to Peter Quill’s (Chris Pratt) mother is a shock tactic, or a device to initiate the conflict between Ego and Peter and thus initiate the film’s third act, these accusations seem too hollow. We know Peter’s backstory from the first film; we see his mother dying from cancer, although the type isn’t specified. The revelation in Guardian’s second installment simply adds to the narrative. We suspected that Ego was the villain already with his visions of universal conquest; his act of cruelty just emphasises his selfish nature.

Director James Gunn made the brave decision to include Peter’s dying mother Meredith (Laura Haddock) in the original’s opening scene. No, her illness isn’t employed as a convenient side-note; it’s the catalyst that sparks the entire plot. Peter leaves in distress after receiving her gift of the second music tape, and is subsequently abducted. Music remains an integral element of Peter’s life into adulthood. He opens the tape, Awesome Mix No. 2, at the film’s end, and Meredith thus influences Peter’s love of music even further.

Gunn manages to pull off this serious topic of cancer within the narrative of an incredibly amusing film; no alien power is powerful enough to stop Peter’s connection with his mother. Sure, this sounds twee, but it really isn’t. Meredith’s death is portrayed with short, subtle pathos that is not diminished in the slightest as the jovial Come and Get Your Love starts booming in with Starlord’s opening act. Tragedy and comedy blend perfectly to create a nuanced interpretation of terminal illness, and Gunn thankfully doesn’t just pass off her death with a poorly implemented heart attack or seizure.

Maybe me watching the remake of Battlestar Galactica live from the age of seven wasn’t a great parental decision, but that didn’t stop me from appreciating it as one of the greatest television series of all time. Roslin (the brilliant Mary McDonald), one of the series’ central characters, is diagnosed with breast cancer in the first season. And the cancer is never used as a gimmick or a careless means to advance any plotlines. Instead, Rosalin deals with her cancer all the way through to the final season. Ironically enough, I seemed to lose my hair in chemotherapy treatment at almost the exact time as she did on screen! But this fact never pulled me away from the series’ constantly intriguing narratives, and only increased my engagement.

Sadly, not all long-running TV series can be said to provide such effective representations of cancer on the small screen. Prison Break, you’re the culprit. The first season was entertaining in a good-bad sort of way, but let’s admit it, the following ones were a fine mess of shit. The writers seemed to recognise this too; so, what better plot device to add some spice to the story? A brain tumour, of course! Micheal’s (Wentworth Miller) convenient diagnosis adds nothing to a hammy screenplay, and just adds to the series’s  dwindling quality.

In fact, one (perhaps my all-time) favourite TV series of all time has cancer as its main plot point. In case you haven’t already guessed it, that’s Breaking Bad. Walter White’s (Bryan Cranston) diagnosis leaves him distressed for his family’s future after his death, but these details in the first season are about as sentimental as the series gets. Only a few days later and the dude’s building a meth empire. Not an advisable life decision in reality, perhaps, but it nonetheless provides an engaging narrative. Walter’s diagnosis and character development create no maudlin expectations, and the cause of his motivations never define him. Vince Gillian’s screenplay engages us with an unsympathetic character for a whole five seasons, one who I even wanted to die by its conclusion. And Badfinger, thanks for delivering one of the greatest and appropriate ending TV show songs of all time.

All these examples bring together my favourite portrayals of cancer; whether their narratives take place in modern America, a strange future earth with unintelligible aliens, or in another Galaxy entirely, they all present a realistic and poignant perspective on a life-threatening illness. 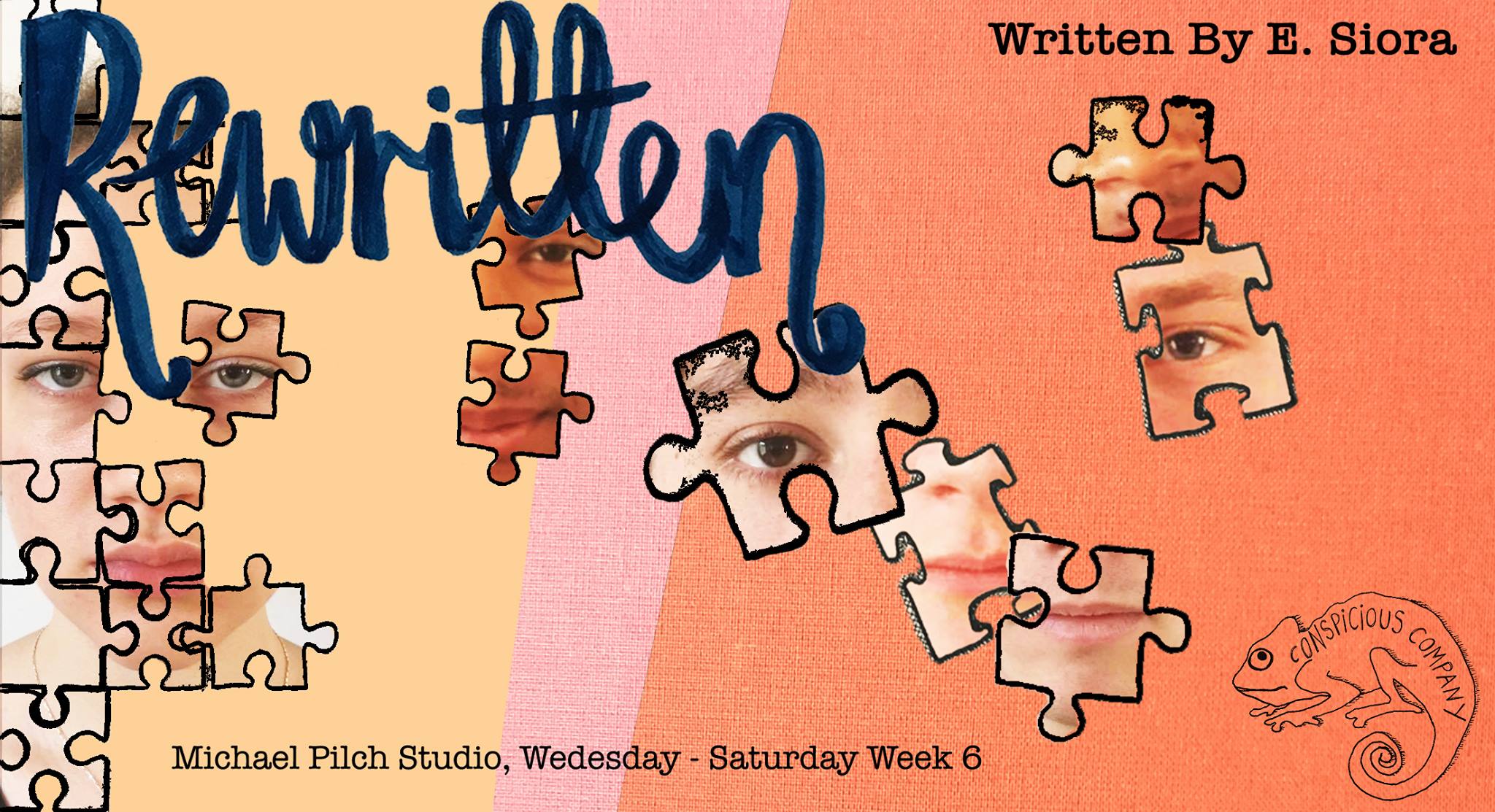 Rewritten: Questioning the Success of this Experimental Piece 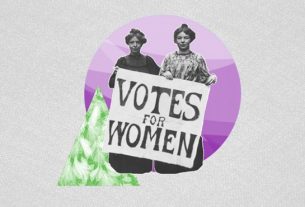