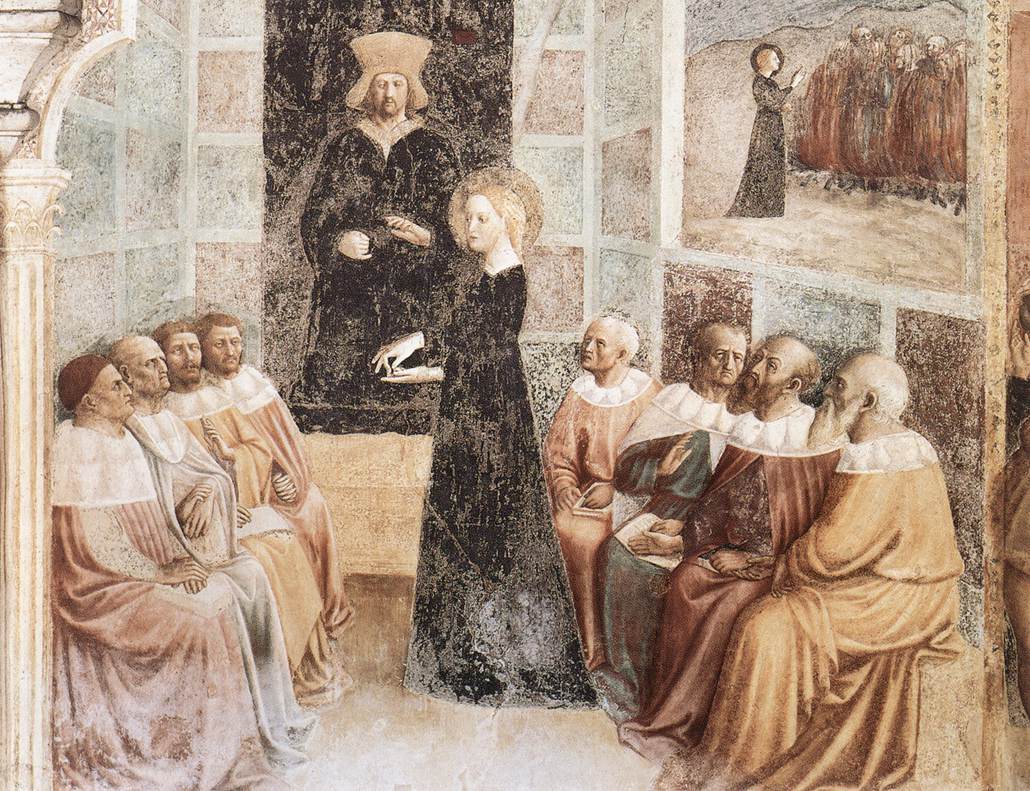 The Faculty of Philosophy’s recently announced measures to ‘feminise the curriculum’ have angered some quarters. Critics appear particularly taken aback by the call for a 40% target for female representation on our reading lists. The move has been dismissed as ‘virtue signalling’ (see the initial OxStu article here), a claim which suggests the department’s support for gender equality is merely superficial. However, it is an ignorant viewer who presumes that female philosophers, or writers of any subject, cannot offer us anything that has not already been uttered by a man. The exclusion of female writers from our reading lists is a consequence of prolonged and institutionalised sexism, and active effort must be taken to reverse this. Without this change, we risk sacrificing our own learning by closing our books and our minds to crucial schools of philosophical and political thought.

How can a female student of philosophy such as myself suppose they can equal the academic achievements of her male counterparts when exclusively exposed to the work of men?

The target of 40% has been treated in the media as both arbitrary and excessive, but it is not radical and should not be considered so. As always, we can learn from US Supreme Court Justice Ruth Bader Ginsburg, who pointed out “People ask me sometimes… when will there be enough [women on the Supreme Court]? And my answer is ‘when there are nine’. People are shocked. But there’d been nine men, and nobody’s ever raised a question about that.” Give me a reading list consisting of only 40% men, and I would be shocked. Why, then, is a 40% female reading list being portrayed as dangerous? It will not damage the “traditional canon of the degree”, but will serve only to broaden the views which we are presented and arguably increase the standard of study. A recent article published on the ‘Conservative Women’ site claimed that the move “suggests that far from achieving excellence, philosophy students will be indoctrinated in what until recently had been a minority obsession – the ideology of equality.” Equality, by its very nature, will never simply benefit a minority. On the contrary, we all have something to learn from those who differ from us, be it in race, sexuality or gender.

Without proper representation, the battle for equality faces an impossible task. The impact may at first be subtle, and is often subconscious, playing largely into self-perceptions. How can a female student of philosophy such as myself suppose they can equal the academic achievements of her male counterparts when exclusively exposed to the work of men? Is it surprising that a woman might view herself as less likely to fit in or be accepted in the world of academia if we have no role models to show us the way?

We need to highlight the female potential for original, groundbreaking ideas. Without these role models, women are less likely to pursue a path in the world of academia. Indeed, women and men currently enter undergraduate philosophy courses at roughly the same rate, with about 46% students being female. This tails off as we progress, though – by PhD level, only 30% of philosophy students are women, and in terms of those with permanent jobs in the field only one-quarter are women. Countless studies have demonstrated the vital importance of role models for our own success. An American Psychological Association study found that PhD students with a supervisor of their own gender produced substantially more research than the cross-gender cases. Other studies have also pointed out that female students find role models to be of greater importance and value than males, and that the personal characteristics of a role model, such as gender, were more important to them.

Of course, I am not proposing that everyone be solely exposed to writers that they personally identify with. The accommodation of women does not equate to a protection of individual egos, as the benefits of exposure to difference work both ways. Without having been exposed to the writings and arguments of women, we can see how it might be easy for young men to come out at the other end of their degree with a subconscious and damaging attitude towards debating with, and listening to, women in their everyday lives. The evidence pointing towards the importance of representation is overwhelming. This could manifest itself in tutors, lecturers or the writers that we are exposed to. All are important for our success and cannot simply be dismissed as ‘token’ gestures.

There is a world of writing by women which is as deserving as classical male texts of being examined in its own right.

Bumping classic male writers off reading lists is not the aim of this decision, and neither will it be the consequence for the likes of Aristotle, Plato, Mill or Bentham. Instead, such a target for inclusive reading lists would simply encourage tutors to expose us to a more nuanced and broader interpretation of the issues that we discuss. The article to which I am responding argues that “the likely outcome will be that male philosophers, who until now were regarded worthy of study, will be removed… For Aristotle to Kant, Marx to Augustine and Pascale to Rousseau, it is unclear which of these eminent philosophers deserve to be dropped”. Firstly, we should acknowledge the basic structure of a philosophy reading list, which usually consists of one or two primary texts and then a series of commentaries on that work. We do not have to drop male “eminent” philosophers in order to incorporate research into the ideas of women. Indeed, there is a special importance in including modern-day, living female philosophers on our reading lists, and considering their responses to classic texts. If today’s students of philosophy leave university with a better knowledge of active female writers, we may well find that more of these women begin to be invited to conferences, asked to deliver lectures or contribute to literature and encyclopaedias. By better demonstrating to students the diversity of the world in which they operate, we can hope to begin a positive cycle of better representation in academia and society.

Of course, simply requesting that we read more texts in which women respond to the primary writings of men does not seem to be enough. There is a world of writing by women which is as deserving as classical male texts of being examined in its own right. If critics are concerned that we cannot find enough to fill the 40%, I would draw their attention to a few whose examination would not be gratuitous. We might forgive their ignorance as a mere by-product of the invisibility of female voices. In the 5th century AD, Hypatia of Alexandria developed neo-Platonism, apparently becoming so well known that correspondence addressed simply to ‘The Philosopher’ would find its way to her. Simone de Beauvoir explored the philosophically radical notions of feminism and existentialism in the early twentieth century. Lady Anne Conway influenced Leibniz with her theories on nature and matter. A notion of ‘radical capitalism’ was developed by Ayn Rand in the twentieth century amongst her discussion of individualism and objectivism. The list goes on.

We are hardly lacking female philosophers; it is true that their presence is lower in cases such as Ancient Greece, where a lack of texts is put down to the fact that not many have survived. However, for the most part, there is a world of female-written philosophy which is more than deserving of a spot on our reading lists. Rather than being token stunts, this literature represents a body of work which should have, and would have, always been included in our study, were it not for a legacy of sexism. Targets for their inclusion are a natural and increasingly popular way to counteract this.

The faculty’s decision is not only right, but important and necessary. If they are to truly demonstrate a dedication to representation and a broadening of understanding, however, setting targets simply for female writers is not enough; an intersectional approach must be taken. Arguments for diversity, representation and inclusivity are rendered irrelevant if they only serve certain groups, and this should be taken into account by the faculty as they put their new plan into action.