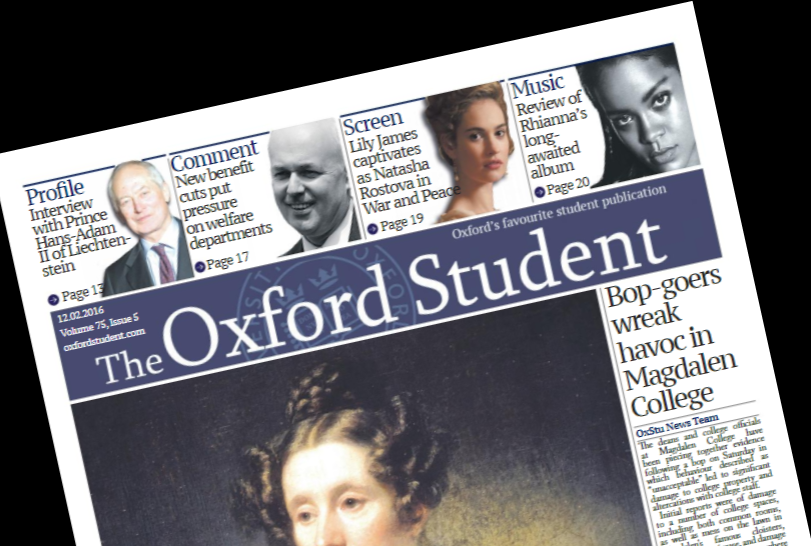 In a move that has been described as shocking and unprecedented, a student at the University of Oxford read The Oxford Student newspaper on purpose and of their own volition. The surprising event occurred on the afternoon of Thursday March 29, when first year medic Joshua Abrams, Christ Church, decided to peruse the Oxford Student’s website while in his room in Finchley.

“I was bored of being back home and wanted to reconnect with Oxford life during the break” said the student, thought to be the first person who has not written for The Oxford Student to read it since the publication’s launch in 1991. “The journalism seemed to be around equal in quality as the Cherwell, though it lacks the banter of Verso” continued Abrams, referencing two other publications whose readership, though limited to friends of writers for them, is still thought to be orders of magnitude larger than the Oxford Student’s.

When pressed for comment, Oxford Student editor Anisha Faruk, Queen’s College, said that “I had presumed that the only people who read the Oxford Student were the authors checking to see how we edited their stories, and potentially overly proud mums in Yorkshire. Even my closest friends who don’t write for the paper only lie to me about reading it, rather than actually spend precious minutes doing so.”

As of press time, Abrams broke the record for the most views on an Oxford Student article online, by clicking on a link to an opinion piece of the chancellor’s salary from September 2017, which had also been seen by the cousin of the author, bringing the total number of views up to three.

Previously published in the News section.