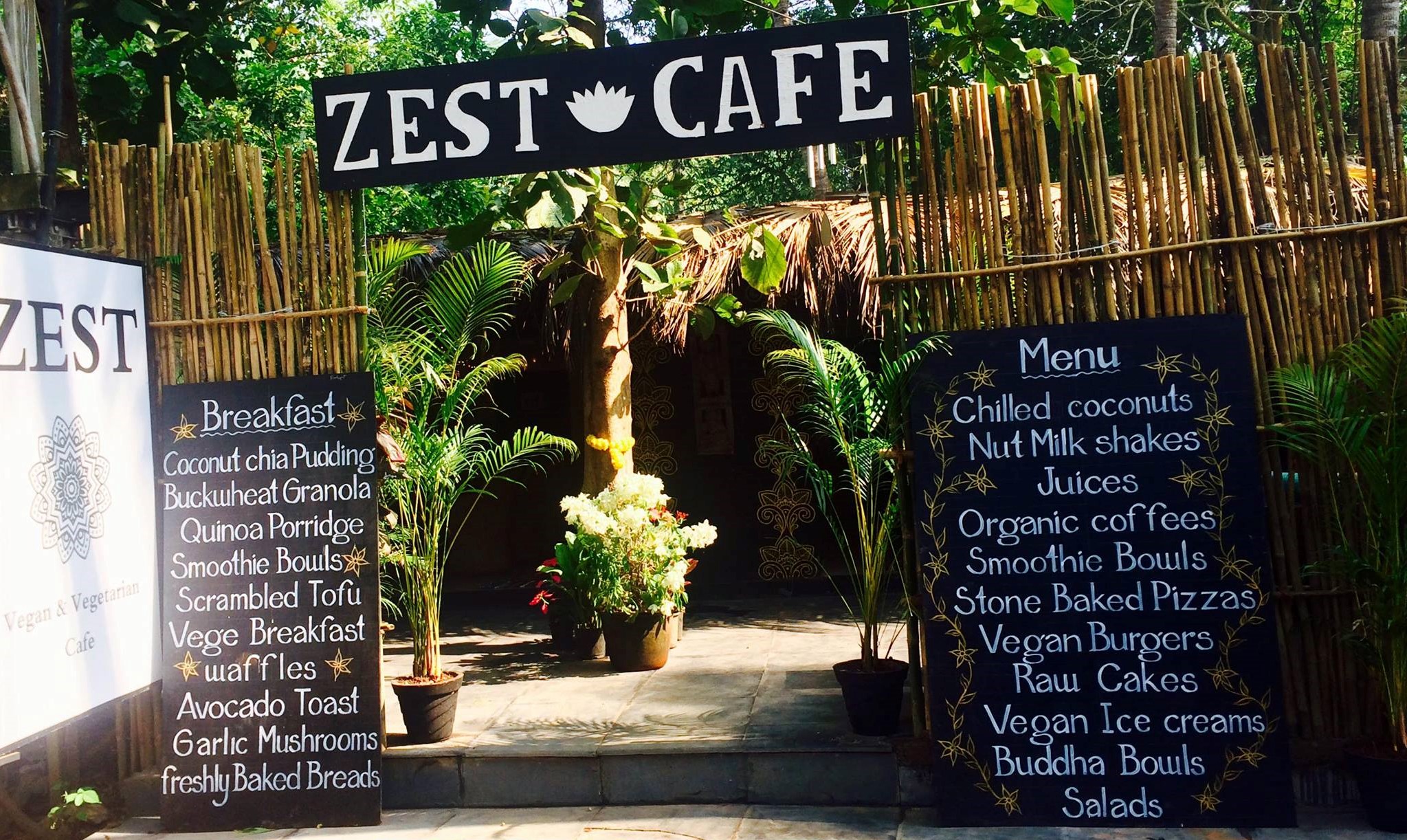 When I was thinking about my upcoming trip to India, I thought I would eat curry all the time. Saag aloo, chana masala, brinjal bhaji, kodo saag… I love my veggie curries. So when I got to India and lost my appetite for curry, I was disconcerted.

Why did my taste buds suddenly betray me? I put it down to arriving in sweltering Goa having just survived the Beast from the East in Oxford. My body couldn’t handle the sudden temperature change and consequently craved cold, sweet and refreshing foods – which, other than the lassi, isn’t really what Indian cuisine is known for.

My guilt at not being able to have curry for breakfast, lunch and dinner soon abated when my travel partner and I discovered Zest Café in Palolem. Palolem is a small beach town in southern Goa, a favourite destination for backpackers and yogis alike. As such, there should be little surprise that we should have found a café that caters for the taste buds of health-conscious western travellers.

We went to Zest twice for breakfast. In the UK, chia seeds cost a little more than my student budget would allow on a regular basis, so we made the most of our encounter with them on the Zest menu. At around £2, the coconut chia pudding, topped with strawberries, nuts and granola, was a revelation, to the extent that my friend had the same breakfast the next morning. On the second day, however, I decided to expand my repertoire and opted for a strawberry smoothie bowl which consisted of gluten-free granola, nuts and seeds, and almost every kind of fruit you could imagine, all interlaced with the most delicious, thick berry smoothie. My taste buds were in heaven.

Their selection of vegan ice creams was, for want of a better term, “on point”

The most important meal of the day done, we returned to Zest for smoothies and snacks. Their selection of vegan ice creams was, for want of a better term, “on point” – cacao and coconut for a chocolate fix, passionfruit and mango for something refreshing, and my personal favourite, banana and peanut butter, hitting that sweet craving on the head while also being incredibly moreish.

And then there was dinner. While the cooler evenings meant that we normally had curry as our final meal of the day, we had fallen in love with Zest’s food to the extent that we knew we wouldn’t have felt satisfied leaving Palolem without having sampled a main course. My friend was craving home comforts and opted for mushrooms on toast, while I was feeling a bit wilder and thought I’d try something I’d never eat at home: a raw vegan pad thai made with a chilli and pistachio dressing and courgette noodles. I admit I felt hesitant ordering it, but I had no need to be: it was as delicious as everything else I’d tried at Zest, and it was the perfect final meal in Palolem before our night train to Cochin in Kerala.

I may have felt guilty at not embracing Indian cuisine more in Palolem, but my taste buds and I were on holiday and would have regretted not making the most of sampling Zest’s extensive menu. Besides, this was only the start of the holiday, and we knew we would have plenty of delicious curry in the days to come.