In November last year, the Head of Ofsted Amanda Spielman said her inspectors would speak to young girls wearing hijabs in school to “ascertain why they do so”. Reasons given would be recorded in school reports. Spielman previously supported Neena Lall, head of St Stephen’s Primary School, and its hijab ban, and has been criticised for her ‘unwarranted and typically draconian stance’ by the National Union of Teachers (NUT). Amidst the current climate of growing prejudice against religious minorities, singling out Muslim girls is the last thing we need – they are already disproportionately targeted in rising numbers of hate crimes. Britain is a multicultural and, ethnically diverse country, and Ofsted’s comments suggest that diversity is not a strength, but something to be supressed.

Kauser Jan, a NUT delegate from Leeds described the Ofsted policy as “Islamophobic” and observed, “We have taken regressive steps, where our children are now being told, or made to feel, they must leave their cultural, and linguistic and religious identity at the door. I know Muslim girls and men who have shaved off their beards, taken off their hijabs so they can Anglicise themselves to fit in, so they are not viewed as part of the problem.”

Spielman’s comments form part of her agenda for ‘muscular liberalism’ in imposing British values, the same values that happen to include individual liberty, mutual respect and tolerance of those with different faiths and beliefs. Preceding her appointment as HM Chief Inspector there were concerns about Spielman’s failure to show understanding of the “complex role”. This is perhaps exemplified by her insensitive remarks linking the hijab to ‘sexualisation of young girls’. Spielman perpetuates the perception that young girls are forced into wearing the headscarf and that is it solely for reasons of modesty. What if a child just wants to look like mummy? Or what if the hijab is just as much a part of a child as hairbands and pigtails are for other young girls? By removing the ability for young girls to make this choice we are promoting the same sexist ideals that have led to a gender pay-gap; the same ideals that mean women are hugely under-represented across some of our society’s influential positions; the same ideals that have facilitated their oppression for thousands of years. We are undermining the value of a woman’s opinion to these young girls.

Harun Khan, secretary general of the Muslim Council of Britain, noted: “It is deeply worrying that Ofsted has announced it will be specifically targeting and quizzing young Muslim girls who choose to wear the headscarf. It sends a clear message to all British women who adopt this that they are second class citizens, that while they are free to wear the headscarf, the establishment would prefer that they do not.” He added: “It is disappointing that this is becoming policy without even engaging with a diverse set of mainstream Muslim voices on the topic.”

Spielman’s comments form part of her agenda for ‘muscular liberalism’ in imposing British values, the same values that happen to include individual liberty, mutual respect and tolerance

Khan bring up an important issue: decisions affecting the Muslim community in Britain are being made without consulting Muslims. And this is not a unique situation, but a pattern evident across the world. In March 2017, the European court of justice ruled that employers can bar staff from wearing visible religious symbols, including a headscarf. This ban on the headscarf has been implemented heavily in countries such as France, where state schools and teachers are also barred. Various other forms of Islamic attire, such as the niqab, have been banned in several countries, in all public spaces.

The NUT commented that, “We do not believe the statements made by HMCI are evidence based. There is no evidence to suggest that this particular item of clothing has an impact on a child’s learning or attainment. The National Education Union (NEU) believes in a system of comprehensive education in which schools are welcoming and inclusive for all students.  Schools play an important role in educating individuals to challenge prejudice and contribute to a future of greater social justice. They are at the forefront of leading by example in the promotion of respect, acceptance, equality and inclusion.” A disheartening message is being sent to thousands of individuals who choose to wear the headscarf. It can be difficult enough facing negative media portrayal of Muslims or hate crime from small-minded individuals, but when those same ideals are present in institutions that should be nurturing safe spaces for childhood development, prejudice can become inescapable.

The controversy surrounding Ofsted’s statements partly arise from considering the rights of parents within a school context. Parents should have a right to raise their children according to their religious and cultural norms. Recently, there has been an increase in concerns about how Muslim parents are viewed, especially in the context of Prevent. The government’s counter-terrorism duty for specified authorities has been noted to almost exclusively target Muslim and BME people. The actions of Prevent have been criticised by many, who even deem it a breach of the Equality Act 2010, which makes it illegal for public bodies to discriminate on the basis of religion or belief. There is a certain irony in compromising Freedom of Religious Expression and the Equality Act when Spielman’s agenda seems to be focused around promoting British values.

In light of Ofsted’s policies, it is necessary for us to stop and reflect on their purpose. Are they in the best interests of the children? Or in the best interests of those that seek to further the stigmatization of Muslim communities, secluding and singling them out, eradicating their individual identities in the name of ‘integrating’ them into societies? Ofsted is an inspectorate, and their focus on developing guidance on religious clothing is concerning as they neglect more widespread concerns around substantial increase in racial bullying, inequalities in attainment, sexual violence and harassment in schools.

There is no ban on Islamic dress in the UK, but it is still worryingly popular

There is no ban on Islamic dress in the UK, but schools have been allowed to decide their own dress code after 2007. Despite the encouraging response from the NUT conference, and the win over the hijab ban in St Stephen’s primary school, the hijab ban, supported by 67% of Britons, is still worryingly popular. 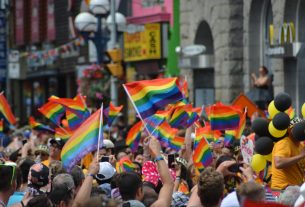 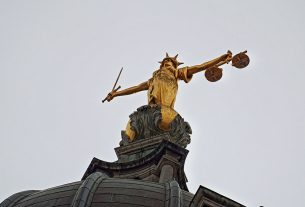 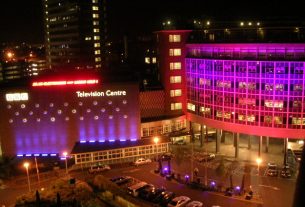