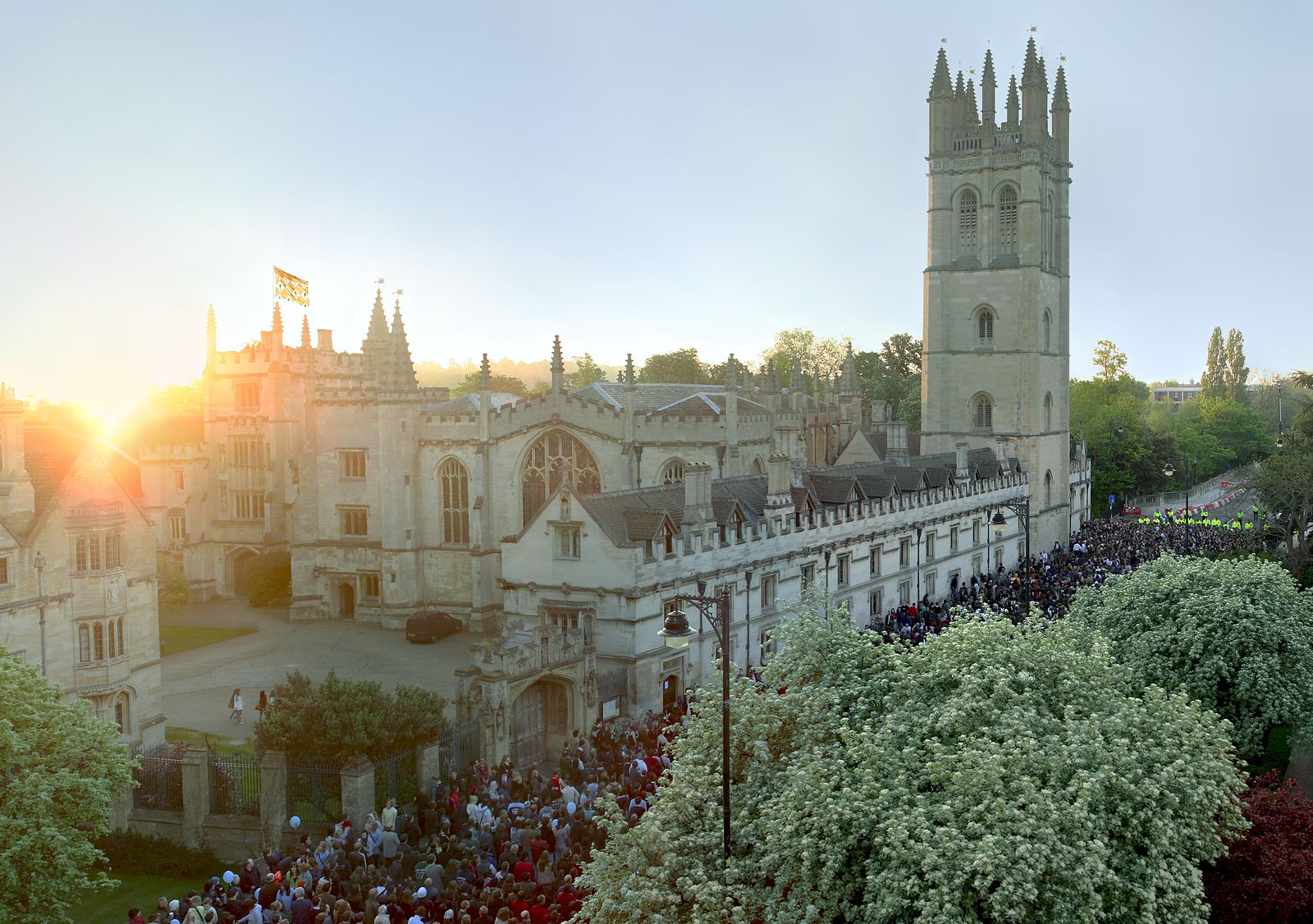 An estimated 12,000 people attended Oxford’s May Morning celebrations this year on Tuesday according to the Oxford City Council.

This attendance is around 50% greater than what was initially predicted by the council.

The celebrations, which have been running for over half a century, commence at Magdalen College, where the college’s choir singing Hymnus Eucharisticus from the Great Tower at six in the morning.

The college bells then rang out across the city for about 20 minutes.

This is the greatest attraction of the day as crowds this year stretched from Long Wall Street to the Plain Roundabout to listen to the singing.

The festivities, to celebrate the arrival of Spring, then continue with the likes of Morris dancing and folk singing in Radcliffe Square, Catte Street and Broad street amongst other locations.

The cultural development manager for Oxford City Council, Paula Redway, described the event as “one of the highlights of living in our beautiful city”.

She also added that she was “delighted that so many people were able to take part and enjoy this uniquely Oxford tradition”.

Rachel Cappell, the event organiser, was left impressed by the turnout, saying: “For a week day, when people still have to go to work, I think [the attendance] says quite a lot”.

This year’s event gave further reason for celebration for the council on account of its successful implementation of a new crowd management system.

The move, which used one-way fenced off channels to allow pedestrian traffic to flow across Magdalen Bridge, came as a response to reports of people being blocked in at the same event last year which saw a record 27,000 people attend.