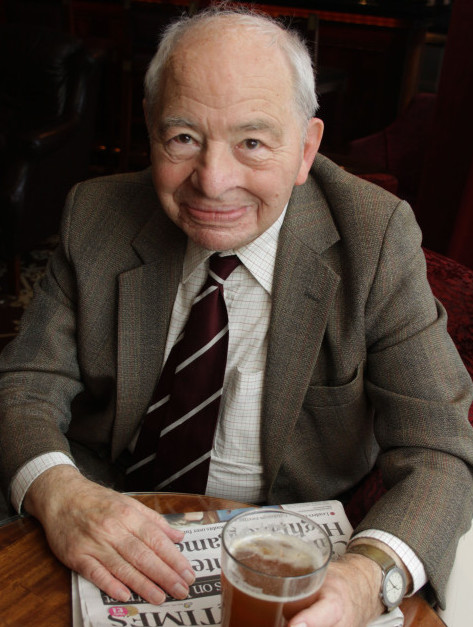 On the 26th April, a private memorial service was held in Christ Church cathedral for the author best known for his Morse detective novel series, and was followed by a civic reception at the town hall.

The Dean of Christ Church, the Very Revd Professor Martyn Percy, said: “Colin Dexter is an iconic figure here in Oxford through his creation of some of our city’s best-loved fictional characters.

“It is therefore absolutely fitting that the Cathedral should open its doors to his family and friends for his memorial service.”

Among the guests at the service were numerous actors who had starred in television adaptations of his books including Kevin Whately, who appeared in Morse and gave a tribute during the memorial.

Laurence Fox, who appeared in Lewis, and actors Shaun Evans and Abigail Thaw, who appeared in Endeavour, also attended the service. The authors Philip Pullman and Val McDermid attended and later spoke at a reception following the memorial service.

His daughter Sally thanked everyone who had attended: “Colin was much loved and a part of so many people’s lives. His family wish to thank most sincerely all those who travelled from far and wide to attend his memorial service yesterday at Christ Church Cathedral, Oxford.

“His family also wish to express their thanks to all those who have given Colin their love and support over so many years.”

Mr Dexter’s first profession had been as a classics teacher in schools in the midlands, and he claimed for the rest of his life that he was a born teacher rather than a writer.

Upon developing deafness in 1966, Dexter retired from this job and moved to Oxford, starting his writing career which brought him the reputation he is known for today and which, beginning with the 1975 publication of his first novel Last Bus to Woodstock, brought us the beloved character of Inspector Morse.

Dexter also played a part in the University of Oxford following his retirement from teaching, working for the Delegacy of Local Examinations (UODLE) until his retirement in 1988.

Mr Dexter’s best-known characters, Inspector Morse, who drove his vintage jaguar around Oxford, and his witty sidekick Sergeant Lewis, had been brought to an even wider audience with the ITV adaptations of the Morse novels, which was broadcasted from 1987 to 2000.

The spin-off series Lewis was broadcast from 2006 to 2015, and the on-going prequel series Endeavour was began broadcasting in 2012.