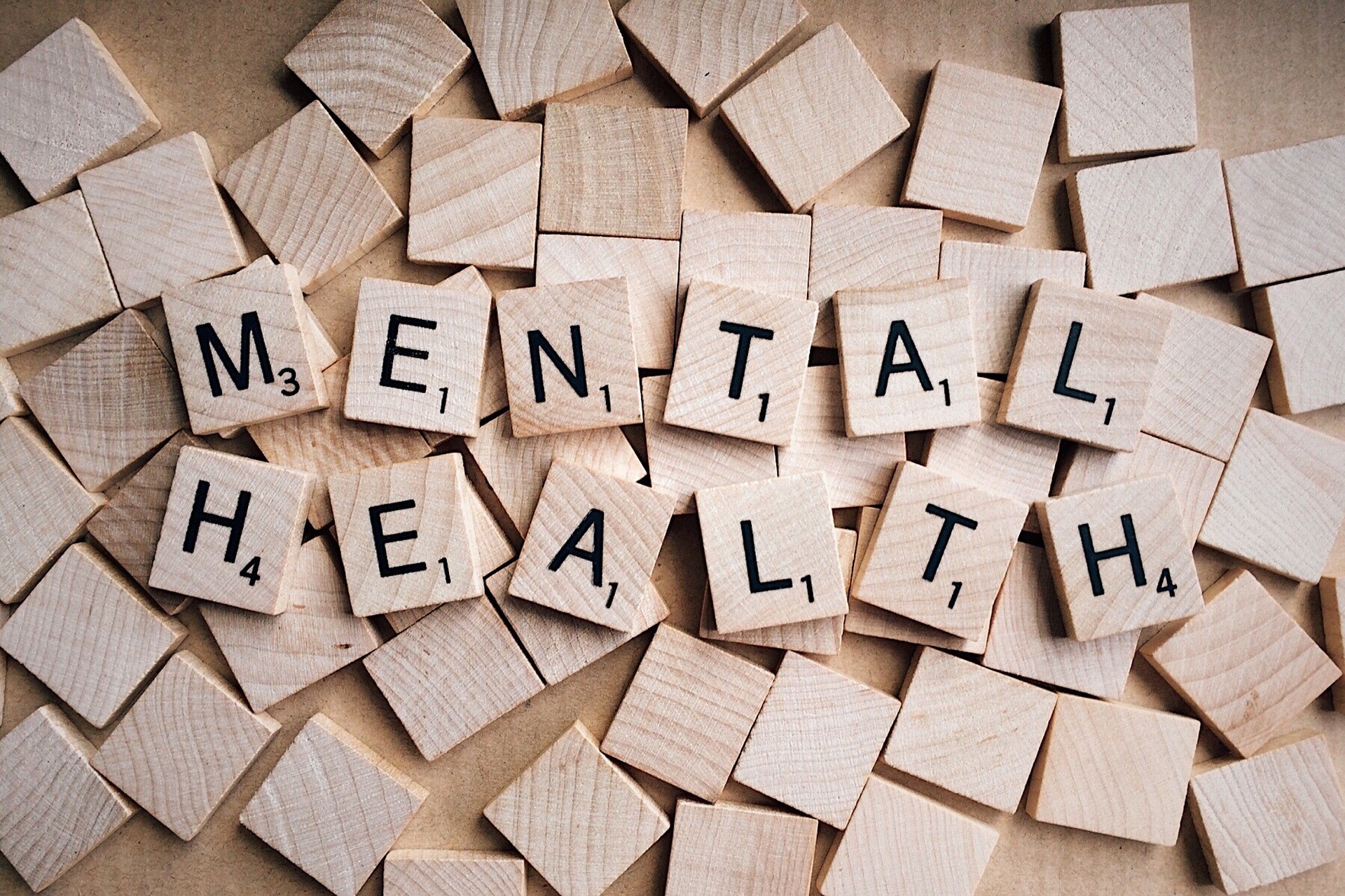 Mental health is rapidly climbing up the agenda of university authorities across the UK with five times as many students reporting mental health issues as ten years ago. A study published in September last year by the Institute of Public Policy Research (IPPR) revealed that more than 15 000 UK-based first-year undergraduates disclosed mental health problems during the academic year of 2015-16, prompting Universities UK to describe student mental health as a “strategic priority”.

There are, of course, a couple of relatively benign reasons behind the above statistics that may ease universities’ worries somewhat. For starters, the student population has grown significantly since the mid-noughties, explaining some of the increase in mental health cases. Moreover, more people coming forward is not necessarily a bad thing; it might indicate that the traditional stigma surrounding mental health is being eroded, and that students have greater trust in university authorities to listen to their problems.

Despite this, the increased incidence of mental health problems on university campuses is a cause for concern. The IPPR noted in its report that the actual number of mental health disclosures is likely to be greater than the number described due to methodological imperfections. More unnervingly, the amount of student suicides has risen sharply in the last decade or so, notably at a far greater rate than increases in the overall student population. According to the authors of the aforementioned report, the extra cost of university tuition and the prospect of an increasingly competitive job market are considerably to blame for this worrying trend.

While these statistics illustrate developments at a UK-wide level, they are undoubtedly pertinent to the experience at Oxford University, an institution notorious for its intense workload and highly competitive environment that puts considerable mental pressure on students. A further problem that afflicts this university is that of the so-called imposter syndrome; this describes the feeling (particularly strong within world renowned universities such as our own) of not being good enough, something numerous Oxford students, this author included, have felt at some point during their degrees. For this reason, therefore, the Oxford Student Investigations team chose to conduct a university-wide survey of the undergraduate student body asking people about their experiences of mental health facilities in Oxford colleges.

The survey, which attracted 70 respondents, had a particular focus on a feature of Oxford that distinguishes it from most other UK universities, namely the tutorial system. Oxford’s collegiate system bestows on academics (lecturers and professors alike) extra responsibility for overseeing the moral welfare of students within their college, in addition to monitoring their academic progress. Although different colleges employ different names for this pastoral role, (at my own college, Queen’s, we have moral tutors, but at others Directors of Studies are responsible for mental health), tutors are in theory the first port of call for students with any mental health concerns or related issues.

As the results from our survey would indicate, however, this system does not often function as intended. To begin with, only 51 percent of respondents stated that they know the tutor in college responsible for their mental health. The remainder of those surveyed cited several reasons for their inability to name the specific tutor in charge of moral welfare. Worryingly for college authorities, the most frequent explanation was a lack of information. A few respondents stated that they have been made aware of the college nurse, but not the specific tutor responsible for them. As the supposed benefit of giving college tutors a pastoral role is so that they can develop an intimate relationship with a small set of tutees, in contrast to the college nurse who has to look after the entire student body, these responses should be cause for concern.

Of course, a considerable amount of respondents who do not know which tutor to see in the event of mental health issues stated more benign reasons for this lack of awareness: they are either disinterested in the whole topic or have forgotten who exactly is responsible for them.

Yet the survey also revealed that a few students are aware they have a tutor overseeing their mental health, but do not wish to know who this might be as they would not trust any tutor to appropriately deal with their concerns. This response chimes with the negative experience of a couple of respondents who had actually been to their respective tutors with mental health worries. One individual bemoaned their tutor’s overbearing approach: “I didn’t feel comfortable discussing issues with the tutor responsible for my well being, who had also taught me for a previous module, and yet he expected me to share everything with him.” Others complained that tutors were far too quick to entertain the idea of rustication, which led these students to stop seeking moral support entirely.

Both the above complaints indicate a significant problem with the present system. Tutors are in charge of students’ pastoral care precisely because they also oversee their academic progress and are, therefore, expected to fully understand students’ work related concerns, which are so often the root of many mental health issues. However, it would appear from this investigation at least, that tutors overseeing both the academic and personal side of students’ lives creates problems. The speed with which some tutors have been reported to push for rustication may be motivated by concerns about the student in question underperforming academically, with rustication preferred to the hard (and often slow) task of improving students’ overall mental well-being. Meanwhile, the hesitancy of many students to approach their tutors with mental health complaints derives from their uneasiness about dealing with someone who also oversees their academic work. One respondent, for example, argued that “it seems odd for them [the moral tutor] to know about your education and work, and also your private life. The distinction becomes blurred and confused.”

Colleges and tutors in particular, are failing to tackle underlying causes of mental health problems

When asked how much confidence students have in their specific tutors’ handling of mental health, only 17 percent expressed that they have “a lot of confidence”. The most frequent response given was “a moderate amount of confidence,” an answer that certainly suggests room for improvement.

Perhaps more worryingly, in response to a question about students’ faith in the overall support structures in place in Oxford colleges, 65 percent of respondents reported that they had either a moderate or a little amount of confidence in the system, with only ten percent saying they have a great deal of confidence. The reasons cited for this limited faith commonly revolved around the aforementioned concerns of tutors doubling up as custodians of mental health and the eagerness with which some of them advocated rustication, as well as a general feeling that there is insufficient information about mental health facilities within colleges and the wider city.

So what can be done to improve the way Oxford deals with students’ mental health? To start with, it is worth considering who came out well from this survey, namely college chaplains and JCR welfare representatives. Many respondents, including the non-religious, commented that their chaplain has been a supportive figure in times of need, with the confidentiality of their role rendering them preferable to academic tutors. Welfare representatives, meanwhile, are trusted more than tutors on the grounds that they can genuinely empathise with student concerns, and because they will always prioritise their peers’ mental health over their academic progress. Based on this survey alone, this author would suggest giving both these roles greater status within college.

Another suggestion provided by respondents is to put more emphasis on actually preventing mental health rather than dealing with concerns once they arise. A frequent complaint raised was that colleges, and tutors in particular, are failing to tackle underlying causes of mental health problems like imposter syndrome. One person surveyed suggested tutors clearly outline how much work they expect their tutees to do so students have a concrete idea of what they should aim for, thereby diminishing the feeling of being overwhelmed by work or of not living up to expectations. Other comments supported the establishment of a reading week in which students were not set any new work.

One final interesting observation from the survey is the breakdown of responses based on gender: 46 of the responses were from people who self identify as female, in contrast to only 19 males taking the survey; the other five people marked their gender as ‘other’ or ‘prefer not to say.’ As is the case nationally, these statistics indicate that females are more prepared to discuss mental health issues than their male counterparts; the aforementioned IPPR survey reported that 2.5 percent of females disclosed mental health issues in the year of 2015, compared with only 1.4 percent of males. These statistics may suggest then, that greater effort is required to destigmatise the topic of men’s mental health.

With mental health a growing issue across university campuses in the UK, Oxford colleges would do well to heed the responses of this survey.