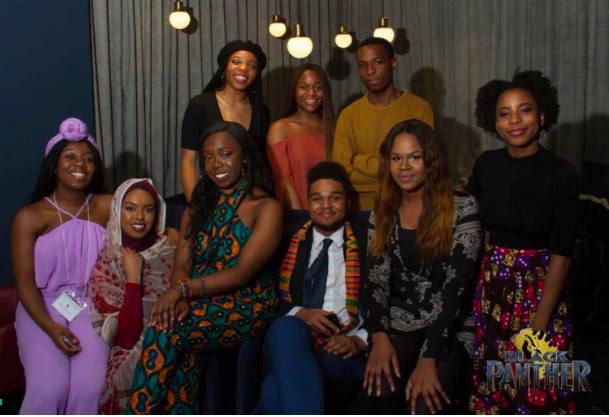 ACS: leading the fight for greater access at Oxford

The Oxford African and Caribbean Society (ACS) has undoubtedly become one of Oxford’s most prolific and vital student-run organisations. Just this April, ACS won The Tab x Bloomberg’s BAME Society of the Year award – a mere nod to the sheer gravity of what all the society has accomplished. The society hosts everything from industry talks to club nights and functions under the three part philosophy of “Engage, Enhance, Empower”. Its central mission is to provide a safe, supportive, and motivational space for students of African and Caribbean descent at Oxford. Profile sat down with Fis Noibi, the Senior Access and Outreach Officer of ACS, to learn more about the work that the society does, the issues it tackles, and all that it has accomplished both within and outside of Oxford.

When asked generally about the role of ACS within the Oxford community, Noibi stresses its function as a safe space: “it’s made up of a team of students who are dedicated to making sure that the undergraduates who are at Oxford are able to feel like they fit in” and “are able to navigate Oxford without having to compromise their cultural identity, instead seeing value in our skin and in our culture and in our backgrounds.” Within the undergraduate body, Noibi describes it as something of a family, a way of bringing together people with similar backgrounds to discuss any and all worries, concerns, subject-specific stresses, or even just for a rant: “I believe there’s somebody for everybody at ACS, and that’s what makes it work. There is a lot of love and support there. We all understand each other’s issues as well, so we all understand what the other is going through.”

Yet the society’s work extends beyond the welfare of the students already at Oxford; indeed, ACS organises a number of access initiatives each year, working primarily with schools which have a high proportion of black students. The schools they are partnered with are mostly located in London, but also in places like Oxford and Birmingham. She outlines three central currently ongoing initiatives: the ‘Visions’ workshops, a ‘Shadowing Day’, and ‘The Annual Access Conference’ (AAC). Each of these projects is targeted at a different age demographic.

The first, ‘Visions’, refers to workshops, run by ACS members within the various partner schools, which are targeted mainly at students in years 9-11. Noibi adds, “This year we’re incorporating firms as well, so we’ll go into a law firm and we’re also going to a theatre, just to really expand these students’ minds”. The intention is to reveal to students the sheer diversity of opportunities possible for them, both in school – indeed for students in year 9 the workshops are intended also to offer guidance on GCSE subject selection – and outside of school, particularly in work experience options for older students. Noibi says the real focus of this initiative is to broaden the students’ aspirations: “we found that students find it difficult to envision themselves in such places unless they are physically there”. ‘Visions’ aims to bridge that gap.

The second central initiative is the ‘Shadowing Day’, run in collaboration with Target Schools. It is aimed primarily at students in year 12, and is a two-part programme. In the first part, which takes place in the morning, each student is paired with an ACS member at Oxford who does the subject the student wishes to study; the student then shadows the member for a few hours to get a sense of life at the university. Noibi emphasises how this approach is a lot more beneficial than pairing the student with any random Oxford student doing the same subject, she says, “because then we are able to speak to him about what we experience, and how we experience that subject.” The second part of the day involves college tours and a workshop which, again run with Target Schools, offers guidance on everything from admissions and personal statements to the more social aspects of life at Oxford.

I believe there’s somebody at ACS, and that’s what makes it work

Students in year 12 can also attend the ‘Annual Access Conference’. Both current and alumni members of Oxford ACS are invited, as well as a handful of Oxford admissions officers. Noibi talks about the importance placed on interaction between ACS members and the students at such events. Any and all questions are encouraged, she says: “it’s really important for them to have that space, to be able to ask us questions; to really feel like they can see themselves at Oxford.” By facilitating interaction between prospective students, and current and former Oxford students, Noibi states that they hope “to demystify Oxford”. She emphasises that these events are not solely for students who want to go to Oxford specifically, she states; “there is no perfect Oxford student”, stressing that these events are more “for them to understand their worth as black students”, and to have “a good understanding of what they bring to the table as…people of African or Caribbean heritage.”

Noibi goes on to explain ACS’s newest initiative, an Offer Holders’ Day event. She reveals, “we have noticed a trend…that black students are increasingly more likely to get the offer, but are also most likely of any other demographic to either miss their grades or to reject the offer”. This new event aims to combat this trend by hosting a dinner for offer holders, primarily to facilitate conversation, correct any misinformation or misconceptions, and to better understand the concerns that drive black students to reject their Oxbridge offers. Noibi explains, “especially with state schools, I think that there is sometimes a culture of saying ‘this isn’t for you because you come from this background’…We want to tell them to their faces that we’re here and we’re having a good time.”

Noibi expressed her concern about the image of “exclusivity” often tied to Oxford as an institution, an impression which she says is still prevalent amongst the students they work with. When asked if the university does enough to combat this image and increase accessibility, Noibi says, “they do support us. They are trying to address the problem, to do what they can.” However, she says that “every college will have its own access culture” and that a next step could therefore be to “knuckle down” on specific colleges which have been shown to statistically accept fewer black students each year.

Yet, Noibi continues by stating she believes that it is wrong to simply point fingers at Oxford for being elitist, and rather urges that more attention be paid to the root causes of low numbers of black students at Oxford: “we have to look at factors that contribute to this in the first place, otherwise what have we really done?” She says that more focus should be put on younger students and that misconceptions and discouraging factors be addressed at a much earlier stage. Citing recent sensationalised headlines about the skewed demographics of the Oxford community, Noibi states: “[They] really have not addressed anything at all, all [they] have done is perpetuate an idea that black students do not have a place here.”

She continues, “I think what could really…add another level to it would be to work on how we are treating black students once they are here.” When asked whether she thinks people within Oxford know how to speak about race, and if they are indeed comfortable talking about it, Noibi laughs – “No! It’s not a taboo thing, but it makes people uncomfortable…People just aren’t willing to talk about things that make them uncomfortable, or that make them think twice.” Referring again to the uselessness of ‘shocking’ statistics and headlines, she advises, “I think if you do want to open up that discussion, don’t be lazy with it.”