If all the world’s a stage… why is Hollywood moving to the West End?

There is nothing more thrilling than live theatre. It is, unquestionably, the purest form of acting: it’s raw, it’s unedited, it’s immediate – both for the actor and the audience. There’s the unmistakable adrenaline rush that only a round of applause can provide, and the nervous anticipation before the curtain rises. And where better to see live theatre than in the West End, known around the world  as the home of theatre? For many, a stint in the West End is the pinnacle of their career. It is hardly a wonder so many screen actors seek stage roles in the West End.

For many, a stint in the West End is the pinnacle of their career

But what motivates Hollywood actors to leave the glitz and glamour of the screen for the humble theatre? Is it an attempt to validate themselves as ‘real’ actors? Is it a dearth of roles in film? Or is it a chance for them to go back to their roots? (You’d be surprised how many famous actors were originally stage-trained, or have a background in the theatre.) But perhaps their appearance on stage far simpler than that.

It’s hard to ignore the fact that a star’s appearance on stage is often due to the director’s desire to increase box office sales. Given the sheer costs surrounding the production of theatre in the West End, it’s unsurprising that producers look for big names to flog tickets. Some might see this as a negative thing as the audience, instead of seeing a character on stage, will see the big star, the fame surrounding them, and their previous roles. This can lead to remarks such as: “Oh wow – Sherlock is such a great Danish prince!”. This potentially takes away from the present performance, as the audience is constantly reminded of the iconic role for which the actor is known.

Whilst this ticket-selling factor is unavoidable, does it necessarily mean that theatre will become a ‘sell-out’ because of it? Even if sales do go up as a direct result of the added ‘star-factor’, is it necessarily always a controversial thing? By introducing a well-known celebrity to a stage performance, the production inevitably appeals to a new demographic. Now a different type of audience is drawn in – perhaps fans of the celebrity who otherwise might never have gone to the theatre – and surely, bringing more people to the culture of theatre can only be a positive thing.

What’s more, from personal experience, the Hollywood actor only remains ‘the Hollywood actor’ within a stage performance if their acting isn’t very convincing. If the performance delivered is compelling, then the audience forgets their fame and merely sees the character in front of them. When I saw Romeo and Juliet at the Garrick Theatre in 2016, Romeo and Juliet were played by the famous Cinderella celeb-couple: Richard Maddon and Lily James. What compelled me to buy tickets to see the show? Well, as an avid theatre-goer and Shakespeare-lover, I probably would have seen the production without the star ‘star-crossed lovers’. I confess, when it was announced last minute that Maddon was sick, and his understudy was playing instead, I was a little disappointed. I needn’t have feared – his understudy’s performance was impeccable. But who really stole the show was not the trained stage actor playing Romeo, but Lily James. At no point did I see her as Cinderella, or War and Peace/Downton Abbey-star. I saw her as a stunningly persuasive Juliet, and I think the whole audience would have agreed.

How is it that someone can dazzle on the screen but deliver a dire performance on stage?

My only gripe with star-casting is that occasionally, the ‘star’ is a little bit wooden on stage. In these instances, it seems unfair to the actors that have gone through vigorous stage training to prepare them for an already ridiculously competitive career, for the part to be snapped up by a big name rather than a good performer. How is it that someone can dazzle on the screen but deliver a dire performance on stage? In TV and cinema, it’s all in the editing – you can re-shoot a scene until it’s perfect, or cut  several parts of a scene together to create the best version. In the theatre however, it’s all one take, all in one night. It requires a certain immediacy that film just does not have. And not every actor is up to the challenge. What’s more, screen-acting often requires a more subtle, naturalistic method of acting, especially for close-up shots, whereas live theatre requires more stage presence to be seen and heard beyond the front row. But get it wrong and it’s panto! Striking this balance can be tricky, and those transferring from the screen to the stage sometimes struggle to find that middle ground.

As far as I’m concerned, star-casting is no issue when it’s done well. There is no harm in a little endorsement from big names if they are going to deliver a performance worthy of the ticket price. But if they have only been picked to increase ticket sales, then I think I speak for everyone when I say leave it those who know how to tread the boards.

No fear of the unknown for devised theatre 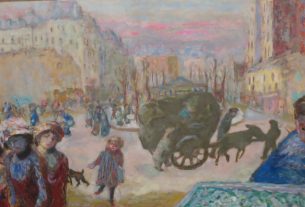 ‘The Colour of Memory’: Pierre Bonnard at the Tate Modern