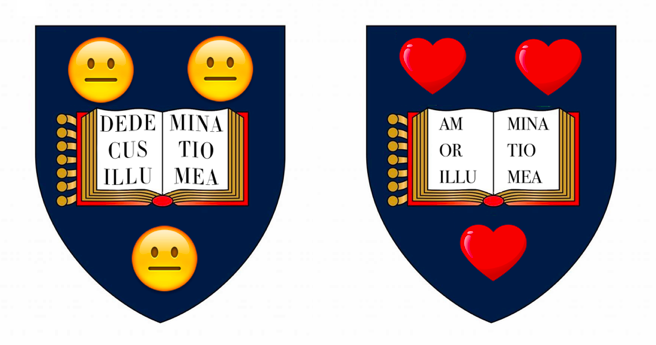 Love it or hate it, Oxlove and Oxfess are at the heart of Oxford’s student culture. Since the creation of Oxlove in 2017, followed later that year by the creation of Oxfess, the pages have grown in popularity to become the envy of similar university pages across the country, surpassing even Crushbridge, the Cambridge equivalent which Oxlove was modelled after, in terms of likes. In an Oxford Student exclusive, I talked to the pages’ founder and present co-admin about the development of the pages, the difficulties of administering them, and even the impact they have had on their own quest for love. They requested that they and their co-admin remain anonymous.

I began by asking them what inspired them to create Oxlove and, subsequently, Oxfess. They told me that at the time “Crushbridge had already been started…and lots of Oxford students followed Crushbridge and it was quite a popular sentiment among my friends that we really should have our own equivalent. I agreed with this and was trying to push several of my friends to start it…but when no one did I decided well, I’ll do [it]”. After creating Oxlove, they took on their current co-admin. They told me that at the time the current co-admin “was one of the people providing the most quality content to Oxlove and at some point asked, ‘Can I join the team?’ and I thought…I don’t feel like running this alone because it’s a hell of a lot of work”. Together, the co-admins went on to create Oxfess, which has since surpassed Oxlove in terms of number of likes. “I don’t exactly know how the idea [for Oxfess] came about…I suppose [we created it] just because we got bored and it seemed a natural extension of confessing crushes to confessing literally everything”. They went on to tell me that Oxfess was always intended to be complementary to Oxlove rather than as its successor; “we did worry a little bit…at the very start that [Oxfess] might replace Oxlove…[but] in the end our fear indeed was not proven to be based on any reality”.

I followed this up by asking what insight these pages might give into the nature of Oxford’s student culture. The admin certainly did not hold back in their response: “Well, I think what it says about Oxford culture as a whole is that everyone is really fucked up and everyone really wants to fuck everything that moves”. One cannot help but feel that there is something in this.

Moving on, I asked what being the administrator of the pages involves and what challenges they face in their capacity as admins. They told me that “approving the submissions themselves” is their main task, which “takes a decent amount of time, but its not the most intensive of tasks.” While putting posts up is their main task, they periodically need to respond to requests to have posts taken down: “we have a strict policy that if someone wants a post deleted, and they have any interest in the matter of the post, we will delete it. So generally, this means that whenever someone asks for a post to be deleted, we delete it.” They were very up-front about their “very heavy censorship” practices and emphasised that the pages are “supposed to be a platform that is nice and that people like and it is not supposed to be a platform for nasty messages or anything which could be possibly distressing”. “Of course, we make mistakes in this,” they continued, “which is probably the hardest part of our jobs as page admins…Sometimes you don’t know specific circumstances behind a post; you might think it sounds good-natured but there is a hidden message as it were. Sometimes I just don’t pay enough attention; I read the first half of a long post and think that this sounds fine and approve it but then the ending turns out to be nasty.” This brings an ethical complexity into the role of administration, which often goes unrecognised by users of the pages: “we feel very bad if we inadvertently post something that makes someone feel very distressed, and, of course, that is quite heavy for us because we run these pages for people’s pleasure and not to harm [anyone] and we feel really shit about it if we do harm someone”.

We went on to discuss the malicious submissions the admins are regularly required to filter out, revealing a darker side to the pages. Recently, the admins made a decision to temporarily take down the pages in response to abuse specifically targeted at the co-admin in their role as an admin of the pages. “We’ve had some disturbing things,” they told me, and “in our functions as page admins we semi-regularly, over our anonymous platforms, receive quite nasty, specifically-targeted abuse.” After this particular item of abuse, the admin told me that their co-admin decided they needed a break. By taking the pages down they also intended to show that such abuse would not be tolerated. “This just doesn’t go and this is not how you treat your fellow students. It also doesn’t make running the pages any fun for us. It’s hard work”. It certainly seems a cruel irony that the people responsible for facilitating so much love should themselves be the objects of so much hate.

They told me that such abuse is, in part, why they have chosen to remain anonymous. The choice was also a simple matter of precedent; the administrators of Crushbridge, which Oxlove was modelled after, had chosen to remain anonymous. However, they qualified that “By this point, our identities are Oxford’s worst kept secret”. It certainly the case that, at their respective colleges, the identities of the admins is quite common knowledge. They went on to say that while remaining anonymous is “not an official policy, we don’t advertise [our identities] per se” and that they would be advising their successors when administrative control of the pages get passed on to keep their identities far better hidden.

I went on to ask about how they would decide who will succeed them as the administrators of the pages, which will occur either when they graduate or potentially at an earlier point. They confirmed that no successors had been chosen and simply said, comically, that “I’m personally always a great supporter of gladiatorial games. Fights to the death seem like a sensible suggestion to me.”

The admins recently caused a great amount of excitement by announcing that they were looking into launching a chain of Oxlove-and Oxfess-themed merchandise. They admit, however, that progress has stalled in this regard: “The honest answer is that I am very busy and also a terrible graphic designer”. However, they said that they would certainly consider submissions for the line of merchandise: “if people have any ideas of how the stash should look, if they send them on an anonymous message through [Crushninja] and say ‘This is not a submission but I have an idea for how the stash should look’ then we’ll definitely see it and that would be really helpful”.

Naturally, I asked if they had a favourite Oxlove or Oxfess post. He told me first that “the problem is that since we get so many [submissions] there’s just no real time to read most of them or remember most of them. We’re much less looking for good content, as much as we’re looking for content that just shouldn’t be on there”. However, they went on to say, “my college did get a fantastic hymn about it published to Oxlove. It was ages ago, when the page was just getting started, and I know who submitted it and it was brilliant”. He said that such submissions are “always a really nice change from all the submissions that were clearly written more by…the reptile [part of the] brain, rather than the homo-sapien [part of the] brain”.

Before concluding our interview, I asked the question we all want to know: “How is your love-life?” They laughed and simply replied, “I am in a committed relationship with my subject…and with the pages.”