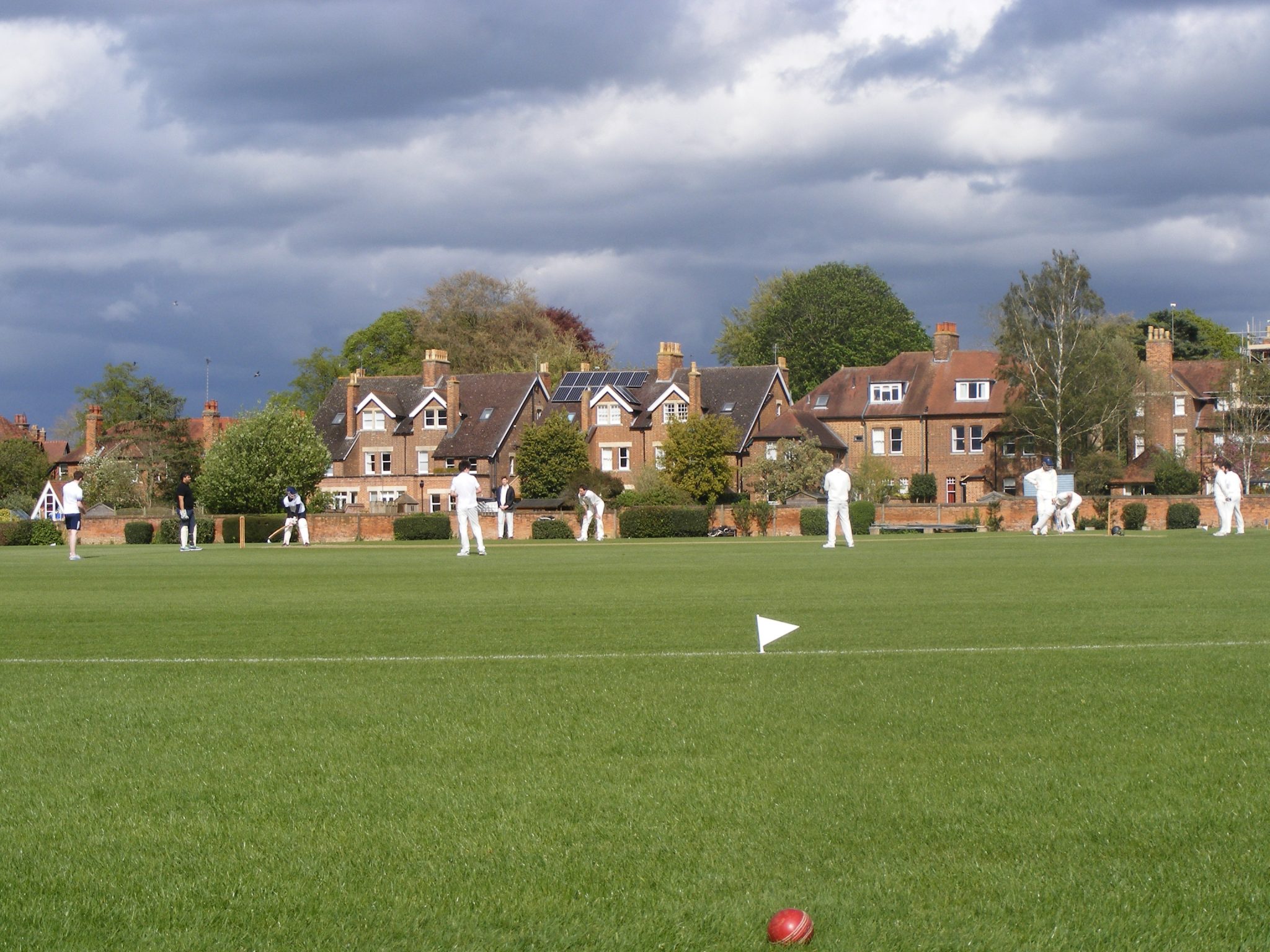 Wicket-to-Wicket: exploring the top and bottom of University Cricket

At around mid-day I am patrolling the boundary and studying play. It’s a chilly, overcast Wednesday in University Parks, laced with a stiff north-westerly breeze. This changeable spring-time weather is a nemesis to cricket, always threatening rain.

Later in the afternoon I have ventured to play my first cricket match in going-on ten years for an exotic 3rd division league fixture between LMH and St. Anne’s. I regress to primary school every time I put on a helmet. But now, I’m watching (and learning from) a slice of the first of two days of action between Oxford and Cambridge in the MCC Universities League, with Oxford winning the toss and electing to bat first.

But in the present, as I watch, Oxford, whose team combines players from Oxford and Oxford Brookes Universities, are making slow and laboured progress with the bat on a soft, rain-affected wicket. The bowled ball has half its fire drained out of it as it pitches, slackly reaching the wicket-keeper behind the stumps.

Using my camera, I am attempting to capture the scene with a limiting 10x zoom. Pacing the opposite way to me is a middle-aged man in a khaki fishing hat, proud red rain coat and I-mean-business hiking boots, taking snaps, or rather, producing objects of the highest art with a lens as long as an elephant’s trunk.

A slick drive from Oxford’s Harry Adair races to the boundary. There is a smattering of applause from the modest audience of ten. The sixth ball is bowled, an over is finished and the Cambridge fielding side in their light-blue caps and named-and-numbered jumpers switch ends. Like a steadily but carefully choreographed dance, each player, batsmen included, transforms their positions in a respectful, performative silence, as if orchestrated by an assumed conductor that breathes within them all. The motion of play winds on slickly and professionally in a continuous stream of cricketing action.

Like a steadily but carefully choreographed dance, each player, batsmen included, transforms their positions in a respectful, performative silence

The home side  will go on to make 346-9, and by day two, the hardening pitch will seem to favour Oxford, who will bowl out Cambridge for 167, including an impressive  five wickets for 53 runs from Oxford’s Steve Green. Oxford ‘win’, scoring 19 points to Cambridge’s six. Yet, in what is perhaps one of politest sporting competitions around, most matches end in draws, though we can call this one a ‘winning-draw’ for Oxford

About four hours later on the St. Anne’s/St. John’s cricket ground hunched in North Oxford’s genteel red-brick suburbia, the waxing early evening moon is rising above an awkward lull in play.  Who is the next batsman in? St. Anne’s fielders look around, waiting. The umpire, who has been hastily thumbing an app on his phone to keep track of the score, and is also the LMH captain, looks quizzically over to his team. Eventually, a batsman strolls out in improvised whites (a plain white T-shirt and tracksuit bottoms) and borrowed kit. The next ball bowled sails wide, pitched short, bouncing twice. A no-ball is called and the bowler limbers up once more.

I wouldn’t call this the height of professionalism.  For a whole team to turn up at the same time for a college match is asking a lot. My LMH team had fielded its first full side in two years. The full St. Anne’s line-up turned up 15 overs into the first innings. And the longer the game went on, the colder and darker it got; more people were leaving with other appointments to keep. That the match went ahead at all itself calls for minor celebrations.

After all, Sport shouldn’t just be for people who know what they’re doing.

Even though its mechanics are stiff with inexperience, and a far cry from the sumptuousness of the Oxford-Cambridge clash, it is difficult to beat college cricket for the show of enthusiasm and good humour that accompanies each fixture. For men and women, there remains something quaint about recovering school-day techniques and remembering forgotten rules,  and all for a sport that requires so much time and strength of mind.

St. Anne’s won that game, comfortably, in the end, chasing down a modest 66 from LMH. But everyone had fun, I think. After all, Sport shouldn’t just be for people who know what they’re doing.