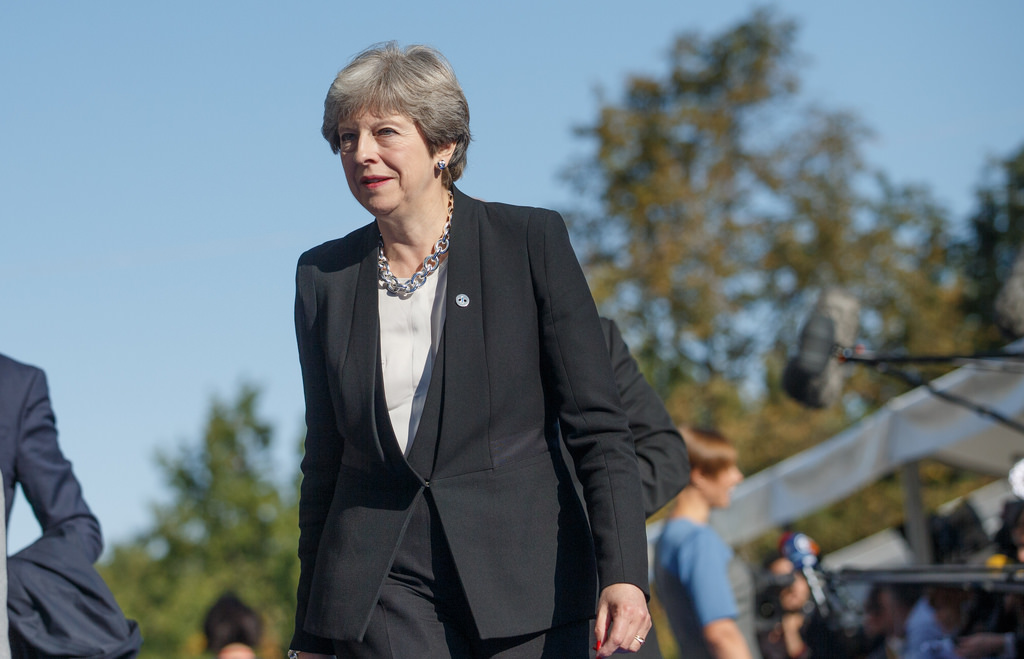 Portrait of Theresa May to be re-displayed

Just hours after a portrait of Theresa May was removed from a wall in the School of Geography of Environment, the university announced that it would be redisplayed “so it can be seen as intended.”

In a tweet on Tuesday afternoon it claimed that the portrait was only removed temporarily, “because it was being obscured by posters bearing various messages,” and not for political reasons.

Slogans such as “Throw the Tories in the sea” had been written in a ‘free space” around the image.

Some, however, have questioned whether this was the real reason for the decision. A second-year Geographer told The Oxford Student: “I think it’s somewhat suspicious – maybe it was the papers that scared the uni off.”

Before the university tweeted (at 4:39 pm yesterday) that the portrait would be reinstalled, its removal had been picked up on by the BBC, Sky News, The Sun, and others.

In addition, The Oxford Student understands that a group letter with roughly five signatories had been sent to Professor Viles, Head of the Geography Department, with the following message:

“We disagree with the decision to remove a portrait of Theresa May from the department.

“We wish for the department to remain a place of intellectual freedom.”

A twitter account called NotAllGeographers had been lobbying for the removal of the image. On Wednesday morning it tweeted a photo of the empty wall where the portrait had been with the words “confirmed that the portrait HAS NOT been reinstalled.”

At the time of publication the account had 248 followers.

“Theresa May proves that geographers, not known for their employability, can become anything in the UK. This fact should be celebrated in the department who taught her at undergraduate.

“I was shocked to see that someone graffitied “throw the Tories in the sea,” somewhat ironic considering campaigners claimed the Prime Minister’s portrait was creating a hostile environment.

“Next to the portrait of Theresa May is one of Doreen Massey, whose support of the Venezuelan regime is highly problematic. Their economic policies have led to starvation, displacement, and misery. By the same logic her portrait should be removed – something I should point out I would not support.

“This incident and many others has led many right-leaning students to not feel welcome at the School of Geography.”

The portrait was displayed as part of the department’s new wall of women project, which “celebrates women graduates who have become leaders in a diverse range of fields.”

“We’re keen to celebrate the successes of our women students and staff as much as those of men. It’s been great to reconnect with many of our past students through this project, and we hope it will inspire our current students as they pass by the display each day.”

At the time of publication neither the department’s press office nor Professors Viles and Hann had responded to requests for comment.