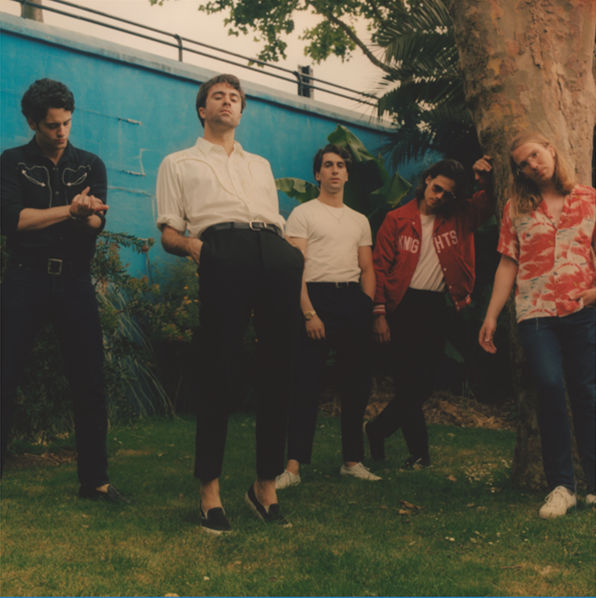 ‘Combat Sports’, the fourth album from indie rockers the Vaccines, showcases a promising future for the band after a somewhat troubling couple of years. Following the departure of drummer Pete Robinson in 2015, ‘Combat Sports’ is an exciting step in the right musical direction after a rocky few years.

The 11 tracks on the album are filled buoyant, breezy garage rock tunes, complete with early 00s nostalgia. Frontman and sultry lyricist Justin Young has spoken about the band’s struggle to maintain a distinct sound in the past: “Once you lose faith in what makes you unique, you’re lost”. ‘Combat Sports’ succeeds in helping the band to reassert their colourful and easy-going musical identity.

The album is centred around nostalgia, harking back to the colour and energy of debut album ‘What Did You Expect from the Vaccines?’ (2011) and also early Strokes-esque 00s indie rock. On making this album, the Vaccines had decided to ‘become a guitar band again’, and thank goodness that they did.

The downside of this nostalgia is that occasionally, the album seems like a somewhat tame tribute to earlier generations of indie rock. The album is filled with potential singles, with ‘I Can’t Quit’ being the first to be taken from the album. Kicking off with a strikingly Strokes-esque guitar riff, the track offers a promising opening – but it soon becomes clear that the track seems more like a tame Strokes tribute than anything. That said, they’re a band known for their simple, feel-good tracks, and the single does not disappoint in that respect, however musically unstimulating at times.

The album’s downfall is its occasional attempts to be radio friendly and musically cautious. However, the vibrant and upbeat feel of ‘Combat Sports’ overall shows that they are not taking themselves too seriously. ‘Put It On a T-Shirt’, another single from the album, offers a catchy chorus and playful lyrics which you can envisage being passionately recited by flocks of 16 year olds at Reading Festival later this summer. A similar feeling is created in ‘Nightclub’, although it is slightly heavier and grittier (and you can’t help but notice the similarity between Blondie’s ‘One Way or Another’ – once you hear it, there’s no going back.)

Upbeat track ‘Surfing in the Sky’ offers the sort of build ups and explosive guitar entries not unfamiliar to the Vaccines (think ‘Noorgard’ and ‘If You Wanna’), with the band’s energetic sound generally suiting a slightly faster tempo. ‘Your Love Is My Favourite Band’ also offers lots of potential to become an easy-breezy indie-pop anthem, following the same formulaic structure of a pulsating guitar opening followed by a sudden entry of the rhythm section.

The song ‘I Can’t Quit’ seems particularly poignant in light of the rocky couple of years the Vaccines have had.

The ‘Young American’ is the most stylistically anomalous track on the album, but it is by no means the weakest. Taking the same name as Bowie’s ninth studio album, reflecting the albums heavy emphasis on nostalgia, the dreamy number’s simple harmony and synth heavy accompaniment very much suits the timbre of Justin’s voice. The sultry lyrics (‘Suffocate me in between your thighs/And take me swimming naked in your eyes’) showcase Justin’s capabilities, filled with gentle yet striking metaphors.

As is the case for any band who showcases an excellent debut album, it can be almost impossible to maintain the hype. The song ‘I Can’t Quit’ seems particularly poignant in light of the rocky couple of years the Vaccines have had. Whilst ‘Combat Sports’ is not quite as exciting as their debut album, the Vaccines are undoubtedly back with a neo-nostalgic, garage rock bang.