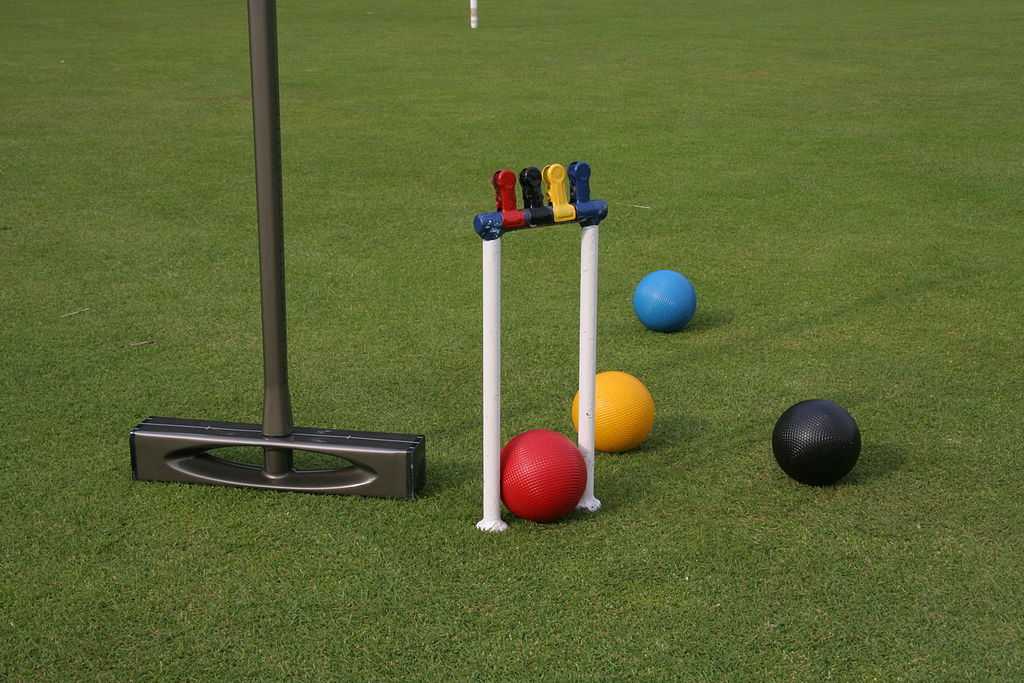 Let’s fall in love with croquet this summer

OxStu offers an impassioned introduction to a much beloved garden sport

In 0th week, I fell in love, or, more aptly, was sent madly through the hoop with a precise mallet stroke (that works!), with croquet, one of the great garden sports.

To the unsuspecting passer-by, croquet might seem innocuous, at best a picturesque element of human past-time fitting snugly in to its backdrop of buildings and garden greenery, at worst an idle sport of mundane action delighting only the easy-minded and outdoor, daytime drinkers, not for the serious sportsperson.

Well, they, whoever they are, are wrong, obviously! We all just love croquet at the OxStu. With a generous heart, I offer no less than  five reasons to kill-for, die-for, and mallet for croquet!

If there is a sport (croquet is a half-blue, remember) most disposed to disputes and passive-aggression, then its croquet. Barely a game of croquet against unfamiliar opposition can be allowed to pass without a thorough dissection of the Croquet Association rulebook, referred to ruthlessly in fits of righteousness. Perhaps a victim of its own simplicity, croquet, like abstract art, seems to cultivate its own unique image in the mind of each player. A game that’s based on malleting a ball through a circuit of hoops roils up a surprising host of subtleties – where is out of bounds? Can I hit this ball? Is this stance allowed? Make sure you bring your most pedantic and diplomatic self to your next croquet encounter.

Power. Domination. Aggression. Mallets. The croquet enthusiast loves hitting things with other things, hardish balls with wooden mallets.  A main feature of the game is regular but nonetheless consistently dramatic advent of a roquet shot. This is when you hit your own coloured ball into another, either your opponents’ or your teammate’s, and are given an extra hit in which you place the knocked balls in contact, hitting yours, and therefore theirs, anywhere you like. Gentle dinks can line your team-mate’s ball into a perfect position, while wrathful smashes can send an opponent’s ball far from the Promised Land of its desired hoop. The mallet is almighty.

What surprised me about my first forays into croquet was the level of mental rigour required to succeed at the game. Putting aside the technical skill needed to execute them, each shot demands a considered tactical decision. A balance of attack and defence must be struck, a weighing up of risk and reward.

Will you choose to roquet to aid a team-mate, or sabotage the enemy? Will you take a cautious shot and wait for your next turn, or reach for a wild, risky effort for the hoop at a tight angle, with the chance that, if you miss, you’ll land right in the deadly line of sight of an opponent’s ball which is slavering you knock you away from the Promised Land. I’m stressed just thinking about it!

There’s no doubt that croquet is a game of the mind.

Ignoring everything I have hitherto said, underlying the cool tension of croquet is a magnificent opportunity for leisure which, when not played at high cuppers’ stakes, reflects back all the relaxing, sedentary pace of summer sunshine. You can play at a snail’s pace, all the better for considering the next perfect shot. Take a short break, have a drink, a sit down in the shade, because croquet is happy to wait on you.

The Oxford croquet cuppers’ competition is the biggest competition in the university calendar. In 2017, 9% of the student body took part, and this year is no exception. Croquet cuppers is great way to participate in riveting sporting moments without much commitment or training. Many Cuppers matches come down to the last shot!

The beauty of garden sports, like croquet, like boules, is that there is a negligible physical element, subordinated in favour of the mind and of technique. This, and the simplicity of the game, means that there is a level playing field, and that almost everyone can play croquet at some level, making it a fully inclusive sport. Magical.

Why not take some time out of your hectic life of revisions and appointments to play some croquet? With only a basic grasp of the sport, (but a firm grasp of the mallet) you will be surprised at how much fun you can have!