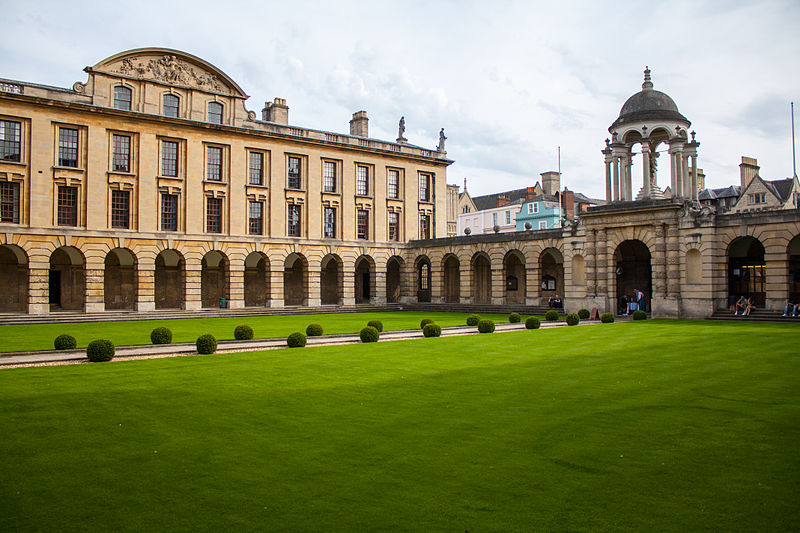 James Dellingpole recently wrote a horrible attack on Queen’s college for calmly pointing out their displeasure with professional troll Brendan O’Neill visiting their college. He refers to them as losers, toerags, illiterate, and hysterical, while failing to actually address the points in the letter. So, we all know what Delingpole is like, but this problem is not solely constrained to Breitbart, but a wider problem infecting all of our media. Journalists seem to now hold students in a constant state of contempt.

We are witnessing a phenomenon that is seeping its way throughout the right, both here and across the Atlantic in North America. Attacks on university students, calling them fascists, snowflakes, and every name under the sun. Last week, I wrote an article on why I believed Jordan Peterson was not worthy of speaking at the Oxford Union, and I got hundreds of angry comments and messages, with the most outlandish suggesting I was ‘resurrecting Hitler’ by writing an opinion piece. It’s easy for us to look at that and laugh, but it’s a narrative that has worked its way into people’s minds. Almost 60% of conservatives in the USA believe that colleges have a negative impact on society, partially because of the line spun by people like James Delingpole. However, it isn’t just fringe journalists who are spreading this poisonous myth, but plenty of professionals, at newspapers far more respected than Breitbart. When TIME write articles claiming that universities are now authoritarian hellholes,  or the Atlantic complains that all of us are coddled babies, it legitimises the far right’s attacks on universities.

These journalists seem totally disinterested in actually engaging with university students and trying to understand why they do not want men like Brendan O’Neill speaking on their campus. When a letter like this is published, instead of taking it seriously, and attempting to challenge the issue that the letter raises of being unable to challenge views in the setting of a formal dinner, Delingpole instead resorts to ad hominem attacks and criticism of their sentence structure. If you read through the dozens of pieces published on the topic of campus free speech, you see a trend; these journalists never actually talk to the students. They’re happy to talk to the professional trolls who have been protested against, but not the students themselves. That’s because, if we’re being honest, these students don’t agree with them. James Delingpole and all these other right-wing journalists do not want to talk to people who disagree with them, and they aren’t interested in understanding their viewpoint, which is slightly ironic for a group of people who constantly advocate listening to people who disagree with you.

For Delingpole, a man who spends his time ranting about ‘Social Justice Warriors’ on Breitbart, the left is as an amorphous blob intent on destroying western civilisation. He attacks these students not because they ‘oppose free speech’, but because he viscerally hates anyone on the left. Let’s remember that within all of our lifetimes, Section 28 was in place, banning the teaching of homosexuality in schools. I sincerely doubt that Delingpole was rallying against the law with this kind of fervor. He instead saves his insults not for MPs who voted against the repeal of that bill, but for 18 to 21-year olds who feel uncomfortable with a homophobe coming to their college. University level support for the free speech of homosexuals, communists, and anti-theists is at an all-time high, but because the journalists writing these pieces don’t belong to any of those groups, they don’t seem to care that they are now able to speak, instead finding it far more important to defend the rights of Nazis.

But if we can focus on reality for a second, we realise that for every incident of a speaker actually being shut down for their opinions, there are literally hundreds of imagined incidents of suppression of free speech. This is a fiction created by right wing journalists, because of their utter contempt for university students. Students dare disagree with them, that racism is generally not a good thing and that we want speakers who will create intellectual debate rather than throw horrible names at gay and trans people. As I mentioned before, Brendan O’Neill is a professional troll who does not actually contribute to a productive intellectual environment. He writes shocking hit pieces and then gets views off people being angry about it, whether it be complaining about Operation Yewtree, saying that being homophobic really isn’t that bad, or that wanting to stop racism in football is worth being kicked out of the match for. Every community has a right to make a decision on what kind of language it will and will not tolerate, and the Equalities and Welfare team made their view heard.

This was not even someone being ‘no platformed’, since Brendan O’Neill came with ease. This was an Equalities and Welfare team voicing their opinion on Brendan O’Neill, which they are and should be allowed to do. Indeed, it seems as if in his article, Delingpole wants to actually stop the free speech of the Equalities and Welfare team. He seems so intent on shutting them down, and on not allowing them to freely express their dislike for the views Brendan O’Neill holds, that he suggests the university authorities should shut them down. Does this really sound like someone intent on protecting free speech? Shutting down people who disagree with you is akin to fascism… or at least that’s what Delingpole and his colleagues would have you think.