Confusions… confusions? Sitting in the front row as the first of three one-act plays began to unfold in front of me, everyone on stage certainly seemed confused. Opening night nerves perhaps? Or more likely the beginning of a consistently engaging and hilarious portrayal of one of Alan Ayckbourn’s ‘greatest works’, or so I’m told. We see that, indeed, the characters are very confused. Obsessed, isolated, lacking something in their lives and searching for companionship, not a soul among them brings a poor performance.

Obsessed, isolated, lacking something in their lives and searching for companionship, not a soul among them brings a poor performance.

In the first, Lucy (Zoe Kuyken) has lost all semblance of adult conversation, and talks to her nosy neighbours Rosemary (Miriam Tomusk) and Terry (Matthew Murphy) as if they were two more of her three children. This allows for a seamless intertwining of the condescension of Mrs Compton, and a serious mature argument between husband and wife, who seem so incredibly natural I wonder if these rows are a regular occurrence for them. The situation unravels slowly, until both Rosemary and Terry are acting like children themselves, and Mrs Compton’s gentle hand, playing off universally experienced juvenile tropes, resolves their marital strife with some biscuits and cold milk and leaves them skipping home hand in hand.

In the second, we are introduced to Zoe’s husband, Harry Compton (Joshua Fine), whose drunken and slimy flirting fails to convince Paula (Aisling Taylor) and Bernice (Mary Lobo) to accompany him up to his Midlands hotel room. A special mention here to Joshua, whose long monologues impress and increasingly drunken behaviour never slips up, and his vile laugh makes one shudder and really empathise with Paula, who is also very natural in discomfort- perhaps she too has had practice in batting away lecherous flirters?

A deliciously slow burn characterises the final scene- two couples at dinner back to back, where the wife of one has cheated with the husband of the other. This can be grasped far before it is explicitly revealed, due to the genuinely convincing panic of Kuyken’s second character, who is desperate to eat anywhere her husband’s boss isn’t. However, a quick realisation of the twist makes the remainder of the scene even better, with the subtle changes in the players’ faces and attitudes as the scene progresses now understood and infused with new meaning. An alternating focus on each couple’s conversation as they build to a climax is provided through the eyes and ears of an errant waiter, as we hear only what he does, allowing the silent pair to show off even more with solely actions and no dialogue.

this production could have easily gone for a more minimalist style, but this dedication to immersion pays off

Aside from incredible performances all round, Confusions goes above and beyond with the little things too. An attention to detail bears its fruit well, immersing us in each new scene as it begins. Loose connections between each story, such as a previously referenced or recurring character, and a change of props on a shelf from books in a house to liquor bottles in a bar really help sell each scene; this production could have easily gone for a more minimalist style, but this dedication to immersion pays off. A particular favourite was the  hilarious miniaturised food presented to the arguing couples at the restaurant. There’s no dearth of stylistic quirks either. Sunny Ramamurthy’s well-spoken and pirouetting waiter is a nice touch, as is the choice of calming music during scene transitions, where the actors engage in what seems to be more of a dance than a change of props. Certainly I felt like dancing as I left the theatre, feeling lucky to have borne witness to one a consistently funny, well-acted and engaging student production. 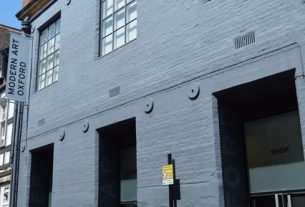