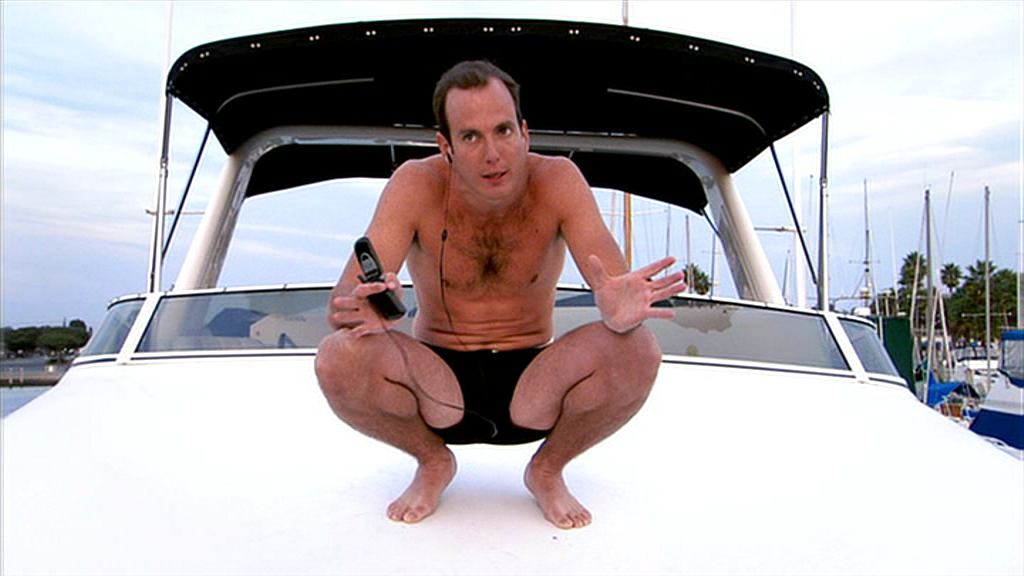 With Arrested Development’s long-awaited fifth season set to drop on Netflix at the end of this month, a good five years after the previous season, a recut edition of its controversial fourth season has come out.

The original season four was different to the previous seasons in that rather than having the earlier seasons’ traditional sitcom format, it instead had each episode (now significantly longer in length) revolve around a single family member. Whilst this was good for the more entertaining characters, other episodes would drag on and the season as a whole lost much of its re-watchability, which in a show as detailed and joke-filled as Arrested Development was a real shame. In addition, many of the episodes would chronologically take place at the same time as others. At its best this led to some interesting moments where you could see how all the pieces fit together, and got the punchline to a joke you didn’t even realise was a joke in the first place. However, at its worst it led to a confusing timeline that separated the characters from each other and killed much of the show’s comedy due to the lack of character interaction.

However, the recut fixes much of the problems of the original season four, now being more linear and having the ongoing stories of multiple characters in each episode. Though there have been fan recuts of season four before, none include the extra content that the show’s creator Mitch Hurwitz has put in. Far from being a simple reordering of scenes, watching the recut feels much like watching a new season altogether.

The recut… allows the show to highlight some jokes that frankly should never have been cut in the first place.

The best part of the recut is the all new narration by Ron Howard. There are new jokes to fit the new format, yet despite these additions, the season feels much shorter. The new narration fits the new pace and ties everything together so the recut doesn’t feel quite as disjointed as its predecessor. Furthermore, I was surprised several times by new jokes or meta moments that lampshaded some of the problems of the original season, such as the at-times terrible green-screen that was used when they couldn’t actually get two actors on set for a scene due to scheduling issues.

The recut also features new scenes originally cut from season four. This again makes it seem fresh and allows the show to highlight some jokes that frankly should never have been cut in the first place. One of the best moments was an addition to the running joke of Gob (Will Arnett) staring into space several times during the season whilst ‘The Sound of Silence’ plays, drowning out all the dialogue. In the recut, the song plays again (though now tinny and muffled) while the camera focuses on a hollow rock that Gob is in.

Despite all the improvements that the recut makes, it still can’t fix everything wrong with season four of Arrested Development. Though having never been one of those who despised season four, it never quite matches the excellence of the previous seasons beyond a few moments. The main issues were the lack of availability of all the actors at the same time, leading to the aforementioned poor green-screen. However more importantly, it led to the family never really being together as a group during the season beyond a couple of scenes. In a show where all the characters play off each other this was a loss and itself created more issues. Michael (Jason Bateman) was the straight man of the previous seasons, much of the humour coming from his reactions to his family. However, being separated from them in season four he is written to stop being the straight man and become exactly like his family. Now, to be fair to the show, there is a plot arc around this for Michael, but that plot itself simply isn’t good and makes Michael, who was essentially the protagonist of the previous seasons, an unlikeable character. The writing in this season, whilst brilliant in moments, isn’t as clever or as entertaining as in the previous seasons, and that’s something that can’t be saved by a recut.

…whilst it may not quite reach the height of the earlier seasons, it is definitely a lot closer…

Furthermore, whilst the narration by Ron Howard does add a lot of new humour and makes the plot flow better, it also seems to dominate the recut in a way it never did before. Though the show has always replayed moments and done some recapping, in this season full minutes are dedicated to informing the viewer what has just happened. Again, to be fair to Mitch Hurwitz, this recut was also made for eventual television syndication, and not everyone is going to devote three days of their life to nothing but watching Netflix. However, it is still arduous and unnecessary, especially with the recut generally making the plot more comprehensible.

Despite all this, I would still say that the recut is a vast improvement on the original fourth season and whilst it may not quite reach the height of the earlier seasons, it is definitely a lot closer, and gives me hope that season five will be an improvement on its predecessor.